Oh Yea! Another  fun edition to my travel stereotype series. After just getting back from Asia, I’m extremely happy to be driving on the “correct” side of the road. I had many near close calls with the streets of Thailand, and was thinking, why the hell did the Brits start this damn trend of driving on the left side of the road anyways? Well my friends, if you have ever angrily pondered this as well, here’s the answer!

The British have been riding on the left side of the road for over a thousand years, and way before the common use of the carriage and automobile.

In medieval times, the people who most used the roads were knights. Just like today, the majority of people were right handed and this meant the most common way to mount a horse was from the left side, and especially because their swords were on their left hip as well (horses don’t like being poked with swords). 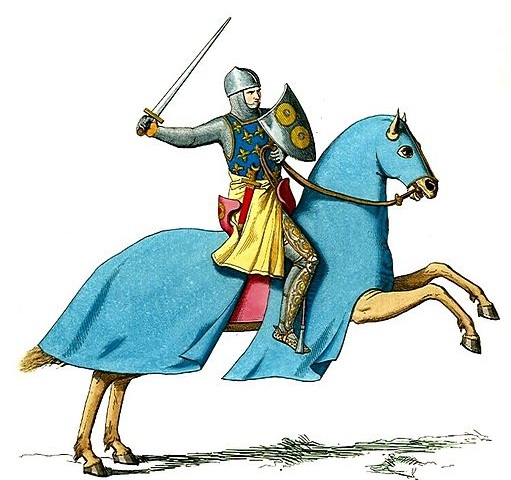 This also “made sense” because if a bandit or scallywag was to attack on the road, a knight could draw his sword and fight them off from the right side, and not have to swing his blade over his horse’s head.

As time progressed, the rule of thumb was that the aristocracy would keep left with the peasants traveling on the right. With the increased use of carriages, passengers wanted the driver as far to the right as possible as he would be whipping the reins with his right hand, and nobody wanted to get smacked in the face!

Well, around the mid 1700’s, farmers in France began to use larger carriages with multiple horses in front. Driver’s preferred to ride on the back left horse so they would be able to whip all the horses with their right hand, as well as have people pass on their left so they could actually see them. This slowly started the shift to the right side of the road. And during the French revolution, the bourgeoisie tried to blend in with the poorer people and thus started traveling on the right side of the road as well.

As Napoleon began conquering his way through Europe, he started spreading the practice of driving on the right side of the road, and ever since then, the majority of countries have adopted driving “correctly”. Of course the Brits tried to spread their practice, and many of the commonwealth countries still drive on the left including Australia and New Zealand. The Japanese and Thai also drive on the left as well, but this was under their own accord. While I probably would have benefited by popping into one of the driving schools in London when I was there, I “adapted” in Thailand pretty quickly, and even had trouble switching back to the right side of the road upon my return to The States!

In 2009, Samoa switched from driving on the right-hand side of the road to the left. It had originally been a German colony, but changed hands a few times until gaining independence in 1962. The reason for the shift was to be able to import cheaper, left-hand driving cars from Australia, New Zealand and Japan.

What do you think makes more sense, driving on the right, or the left-hand side of the road?

The Most Wonderful 5 Islands in Thailand You Have to Visit before You Die
Photo of the Week - Architecture in Edinburgh, Scotland
Exploring the Land of Smiles: 10 Amazing, Interesting and Fun Things You Probably Don’t Know About T...