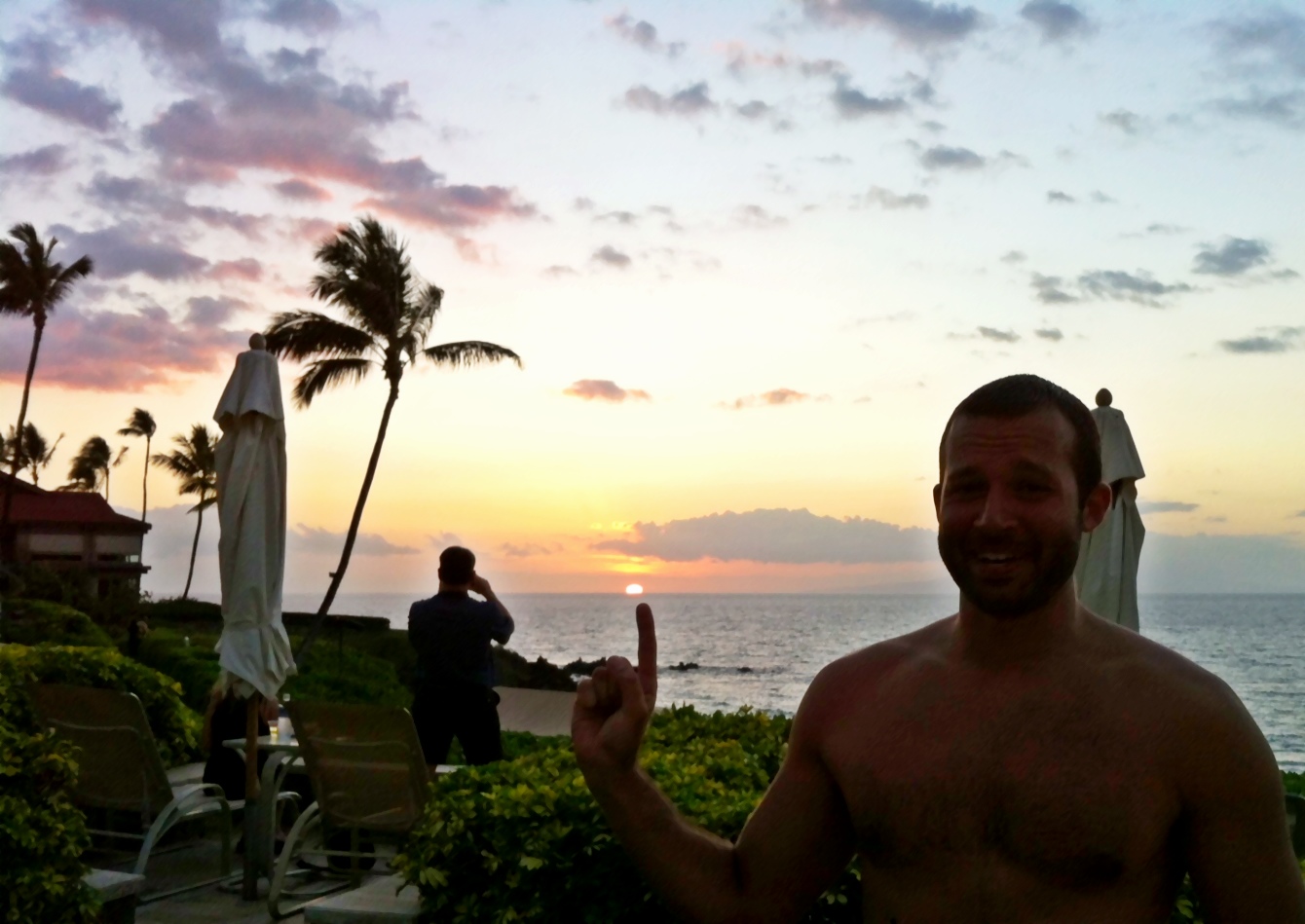 The following is a guest post from a college friend of mine, Nick Castaldo. He is a big time surfer and recently went on a trip to the infamous North Shore of Oahu to experience the waves he only could dream about when he was 15, pimpled and had to read Surfer magazine and grudgingly look up to see the shitty swells at the Jersey Shore where he proudly hails from.  Enjoy!

The coffee is brewed before the sun is up and the alarms are ringing. I know exactly what time it is. I’ve been practically counting the seconds leading to the church bells of my Iphone since we turned in the night before. I’m not tired, but I struggle to free myself from the comfort and safety of my sleeping bag.

Awake before the first surf report is posted, we need to rely on the NOAA forecast for an idea of the surf. “High surf advisories” for most of the island. I don’t read the rest. Time for a little wakeupandcheckit.com. The first sounds of life are from the sqawking of the neighbor’s parrot next door. “What an awful pet.”, I think to myself as I make my way up the driveway. 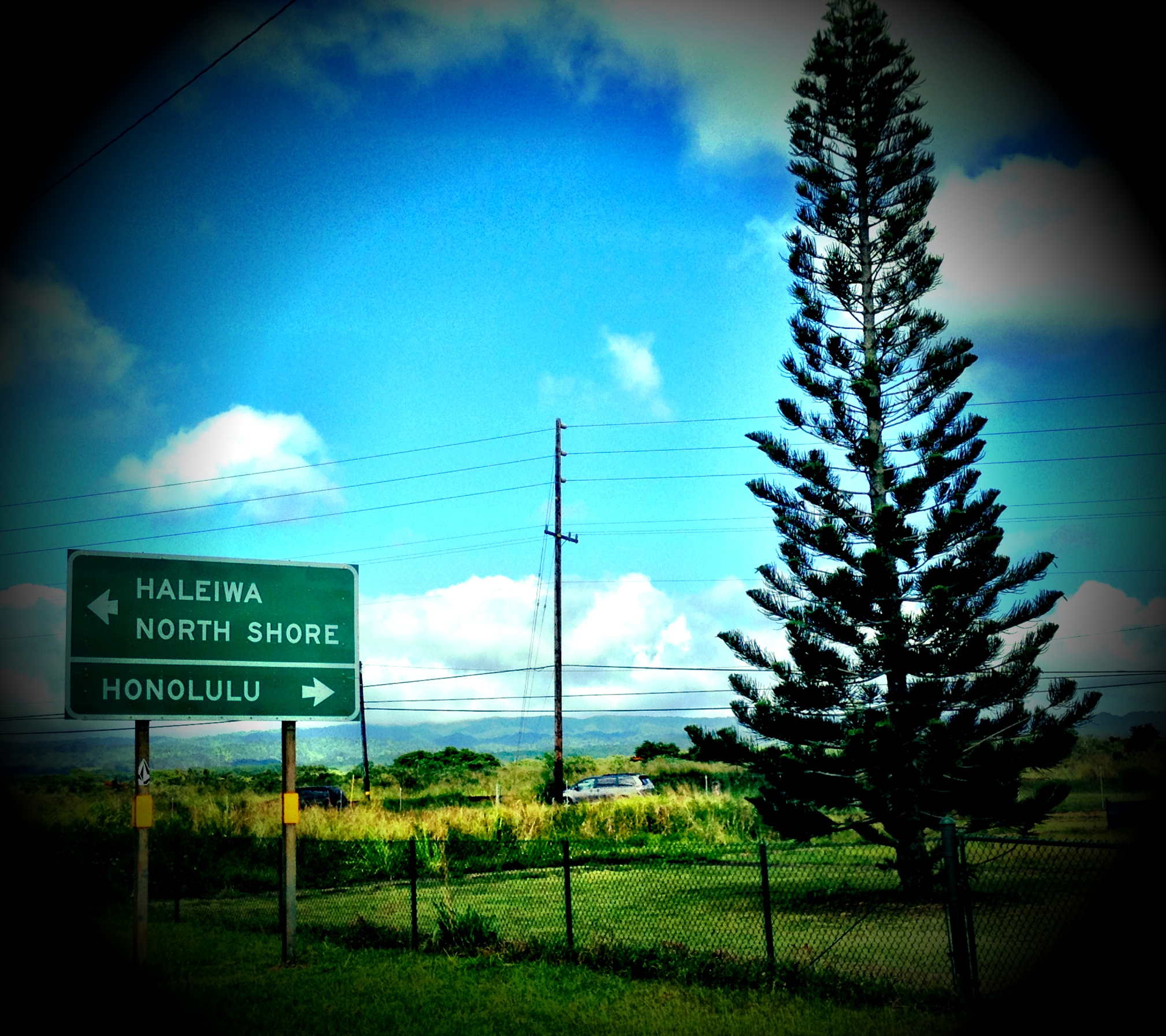 The boards are already stacked on top of the truck like Pringles. Its time to head north. The sun is just breaking the horizon behind us as we turn off H2 north and rip past a sign for the North Shore. The four lane freeway gives way to a single winding road through some of the most beautiful country Hawaii has to offer. A strange concoction of anticipation, excitement and dread is brewing in my stomach. 1 part first day of high school, 1 part job interview, 1 part night before Christmas and a dash of marching into battle. Like a reverse d-day invasion we charge to the sea.

I’m no stranger to surfing consequential waves. I’ve put my time in. I’ve lost skin to reefs up and down Central America, and been consumed by murky, brown tunnels during East Coast winters. I know the unrelenting force of the ocean well, but stories of the Oahu’s north coast have me on edge. Every winter, powerful open ocean swells travel for miles from the North Pacific, unabated, before exploding on the conveniently positioned north facing beaches. Blue freight trains unload weeks of stored up energy over shallow reefs and the whole surfing world flocks to witness and ride.

I’m living the moment. I’ve been fantasizing about this since clumsily riding my first wave offered to me by the cold, grey Atlantic. Coasting through pineapple fields in the shadow of emerald green mountains, I feel my chest tighten with every mile we tack onto the odometer. As we reach the summit of our gradual rise, I get my first glimpse of  the surf mecca. God’s country; seven miles of the most perfect waves the world has to offer are laid out in front of me at the foot off Route 99’s meandering slope. I can almost see a red carpet rolled out in front of us. Lines of powdered sugar fringe the reef from Haleiwa to Sunset Beach. Blue corduroy floats in from the horizon. 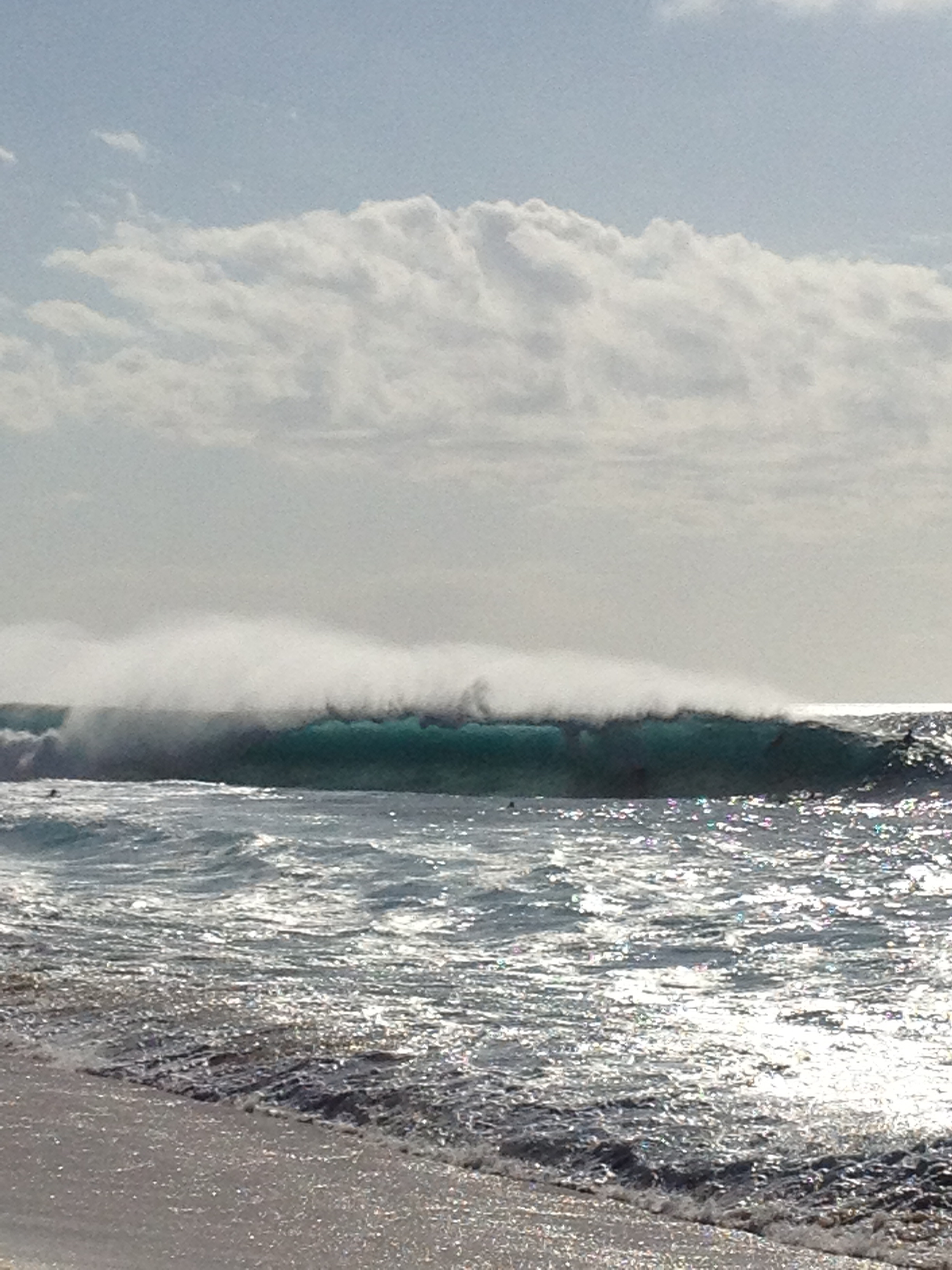 Images of perfect waves begin to flash through my head from years of drooling over surfer magazines. The offshore rights at Laniakea. Long, hollow lefts courtesy of Leftovers. Blue, cavernous rights swallowing people at Backdoor and just to the left,the infamous Banzai Pipeline. Each break has its own persona. All revered by the surfing world as among the best. I feel like I’m in the presence of a gang of celebrities. I can’t stop smiling. I’m a twelve year old girl and Off The Wall is Justin Beiber. Hardly able to contain my excitement, my thoughts revert to the ominous opposite end of wave euphoria.
When surfing sizable waves, the line between your wildest dreams and worst nightmares is so fine its almost invisible. In no place is this line more transparent than on the North Shore of Oahu. One misplaced toe or split second hesitation can turn visions of flying through clouds to being gnawed on by the reef toothed monster under your bed. I suddenly have the urge to shit my pants and suggest stopping at the Dole plantation for some fresh pineapple. I receive blank stares.
Notorious big wave break of Waimea Bay slices the seven mile miracle in half. I can feel the ground shake as we pass it, but refuse to look out the driver side window to see the cause of these tremors. I traveled over 6,000 miles and endured seemingly endless summers of serving obnoxious, hair gelled tourists red bull vodkas for this. “I’m surfing north shore today or I will die trying”, I think to myself. Statements like this are more literal in Oahu than just about anywhere else on earth.
Gas Chambers, just down the beach from surfing’s most notable celerity ,Banzai Pipeline, is where we will do battle today. As we walk down the dirt beach access lane to the beach I expect to be stopped by a large Samoan bouncer to to check my surf credentials. Obviously there is none. If you lack the experience and fortitude to surf the North Shore during a significant winter swell, the waves will sort that out for you real quick.
Gas Chambers is a fast A-framing wave offering both lefts and rights. I’m told to stick to the rights because they graciously break in relatively deep water. The lefts are treacherous. There is a nice plot of reef real estate reserved for anyone who blows the take off going left, leaving the unlucky floundering in the foamy shallow inside. The reef has a way of keeping the most arrogant surfer honest and humble.
I mentally prepare myself for the critical first wave. Nail your takeoff and enjoy a comfortable cushion between you and the pack, afforded to those who display their prowess in the water. Fluff your drop-in or pull out at the last second and they’ll be all over you like hyenas on a dead carcass. You’ll be scratching for waves for the rest of the swell.
“That wasn’t so bad “, I remember saying to my buddy and North Shore guide, as we walked up the beach to the car. I was practically shaking having caught some of the best and biggest waves of my life and totally relieved to still be in one piece. “Good” , He said. “Cause after lunch we’re charging Rockies.”
That was day one of my first North Shore winter. I will later find out my first swell was a rather modest one by Hawaiian standards, but being accustomed to what the beaches of New Jersey have to offer, I was foaming . Ever since that day the little voice in the back of my head that talks me out of dangerous situations has been getting quieter and quieter. I surfed the North Shore and thrived.
Digg Digg
Be Sociable, Share!

Things to see and do in the Dominican Republic
Going on a pub crawl in Honolulu
Seven Days in Seattle!