When people talk about Miami, you often only hear a few things – vacation,  partying, sun, Latin culture, etc. While Miami is most definitely all of the aforementioned things, it wasn’t just dropped out of a catalog for the quintessential Caribbean getaway.

Like many cities in the US, modern Miami was built through blood, sweat (a lot of sweat) and tears, and unfortunately the majority of all those liquids came from one demographic, blacks. Before you think I’m not being PC by using the term, “blacks”, the truth is, it wasn’t just African Americans who built Miami. In fact, the first blacks in Miami were not African Americans at all.

I decided to write this post as many people in Miami  (or elsewhere) have no idea how the Magic City came about, especially in regards to its black populations who were the real catalysts for settlement and growth. 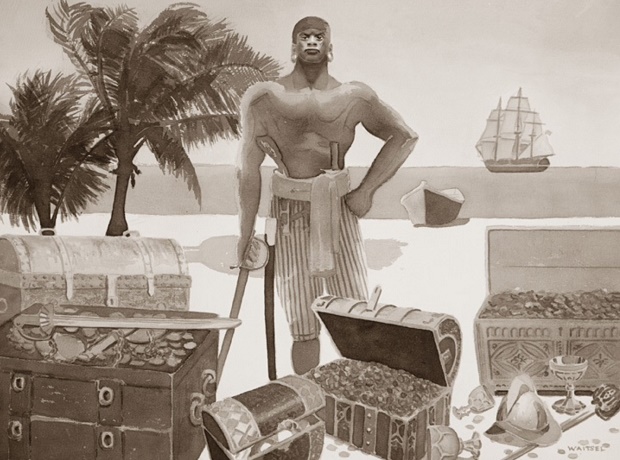 A prominent tribal war chieftain in West Africa in the late 1600’s, “Black Caesar” as he was referred to in the new world, was one of the first Blacks to step foot on South Florida’s shores. He was known in the region for his, “huge size, immense strength, and keen intelligence” and was a known, and feared man.

He evaded and escaped multiple slave traders and never made it to a plantation as he lead a mutiny on a ship with other captives when a hurricane was about to hit. Caesar escaped in small boat with food, supplies and weapons into the northern Florida Keys. He spent the next few decades raiding ships and salvaging vessels that ran aground in the extremely hard to navigate reefs in and around Biscayne Bay where modern Miami is now located.

Even today, there is an island, Caesar’s Rock, in Biscayne Bay named after Black Caesar where he actually maintained his base of operations. He grew his crew of pirates until they were large enough to attack big ships on the open water. It was said that he even had a harem on the island of over 100 women that he kidnapped from passing ships. He also had prisoners he kept hostage which were left no provisions when Caesar went raiding; many died. There were even some children on the island that escaped captivity and survived off berries and marine life that formed their own language and customs! Caesar’s Rock is said to be haunted and a large cash of silver bars is said to still be buried on the island. (See Caesar’s Rock location below) 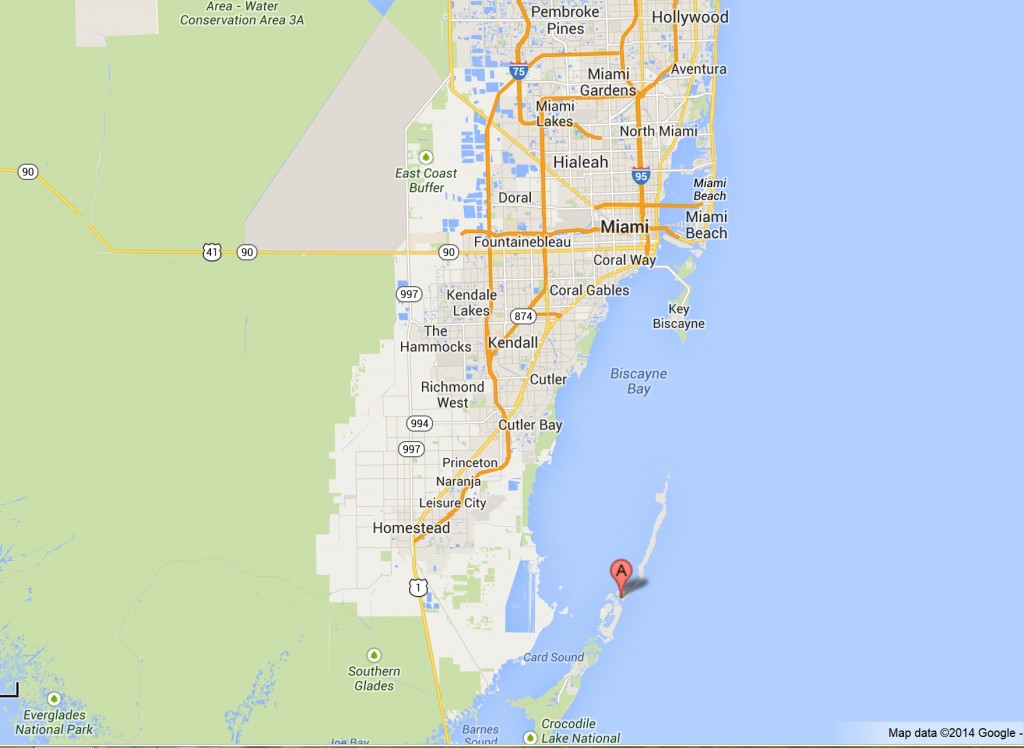 In the early 1700’s, Caesar ended up joining forces with the notorious pirate, Black Beard, in the mid-Atlantic. He was eventually captured and sent to Williamsburg, Virginia where he was hanged in 1718.

In the 1800’s, there were very few (literally a handful) of permanent residents in the area what is now the city of Miami. It wasn’t until the 1870’s that the first wave of immigration into Coconut Grove started, notably from the NE United States and the Bahamas (whites). The first hotel in Miami was established in 1882, The Peacock Inn, which was located where Peacock Park now rests in the heart of “The Grove”. The first laborers of the hotel were black Bahamians who came up from Key West and the upper keys. They built their homes in the west grove which is now known to be one of the earliest permanent neighborhoods established in Miami.

The way these early Bahamian settlers built their homes was different than the white settlers, and many of these homes are still visible today, while many of the white settler’s homes aren’t. Why? Because while simple in design and construction, the Bahamians had been living in the sub-tropical Caribbean for decades and were all too familiar with the power mother nature wielded. Their homes were elevated to prevent flooding, had strong cross-bracing to withstand gale-force winds, and weatherproofing and shuttered windows to prevent blow outs.

You can visit many of these homes in and around Charles and Williams avenues in Coconut Grove. While most people would be too scared to venture into this part of town, I can assure you things will be fine. Many of the locals were sitting on their porches or in their yards and waved at me when I rode past or stopped for a picture. Many of the historic structures have signs with information about them as well to learn a bit more. 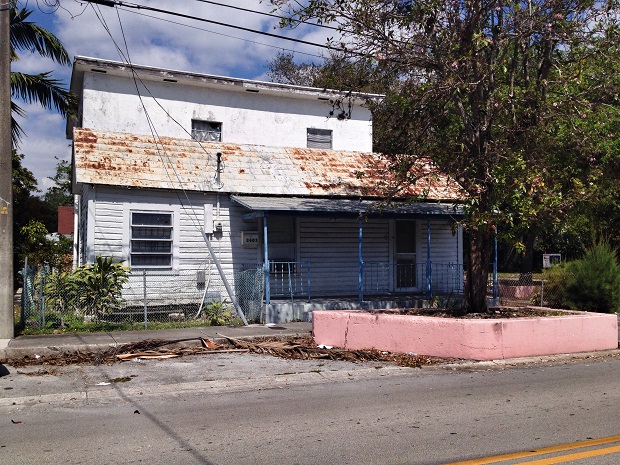 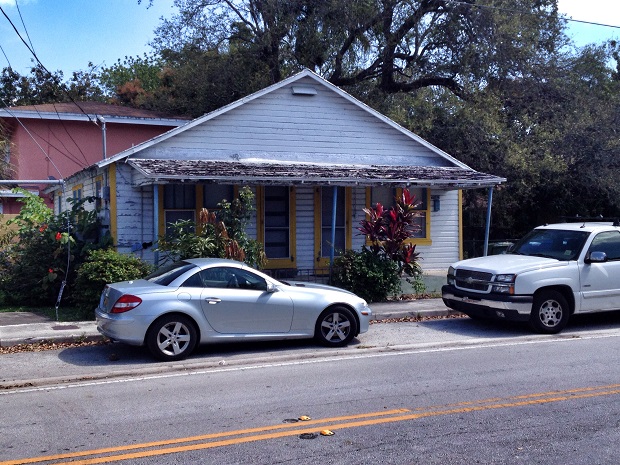 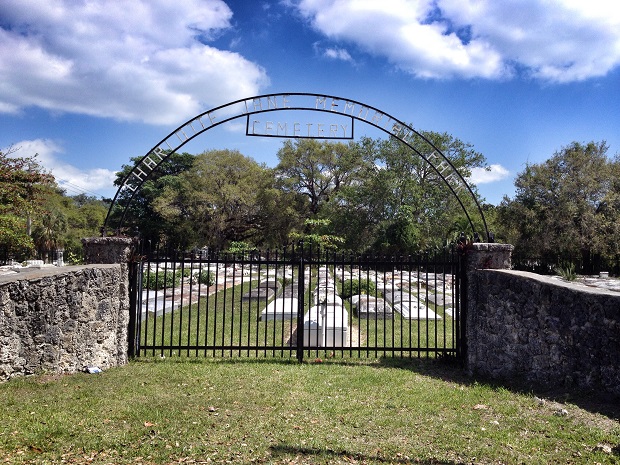 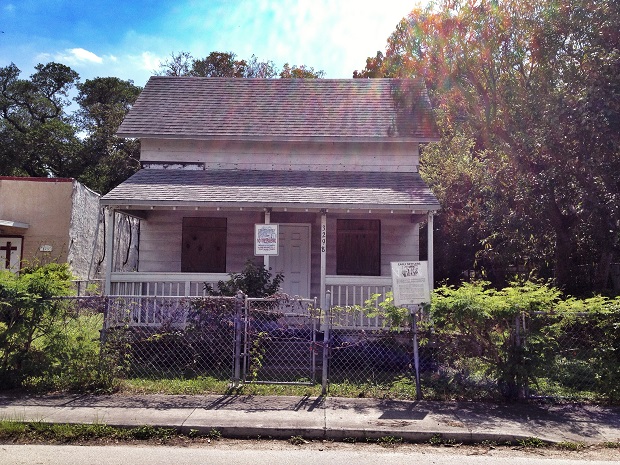 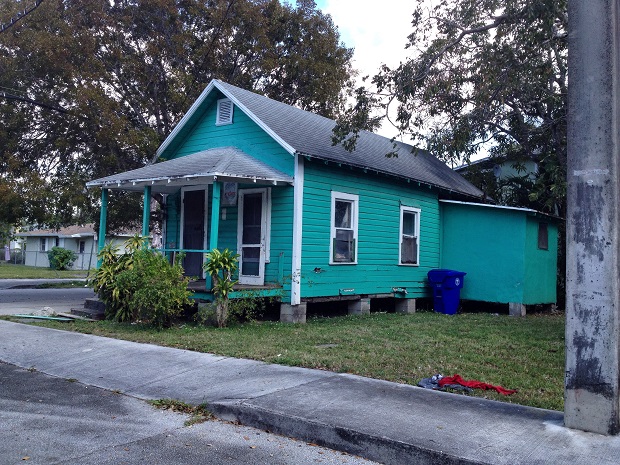 White settlers in Miami from the United States as well as early African American settlers were often shocked at how skilled, well-spoken and more than anything, non-submissive the Bahamians were. Slavery was abolished in 1834 for all the British colonies (Bahamas included) opposed to 1865 in the US, so many of the first Bahamians in Miami were born free and had been educated to some degree (more than African Americans at least).

The Birth of the, “Harlem of The South” – Overtown

By the early 1900’s, Miami was growing at breakneck speed. So fast, that there wasn’t the man power to expand at the rate of investment. Post slavery, there was a large number of African Americans still living in the southern US states where they lived as slaves. But, in the early 1900’s, Industrialization was ramping up, and when free African Americans got wind of this, millions began heading to the North East and industrial cities in the mid-west.

What many people don’t know about the Great Migration though is that there was a significant migration of free African Americans that went south, mostly from Georgia into Florida. See the map below for the main routes African American took post civil war: 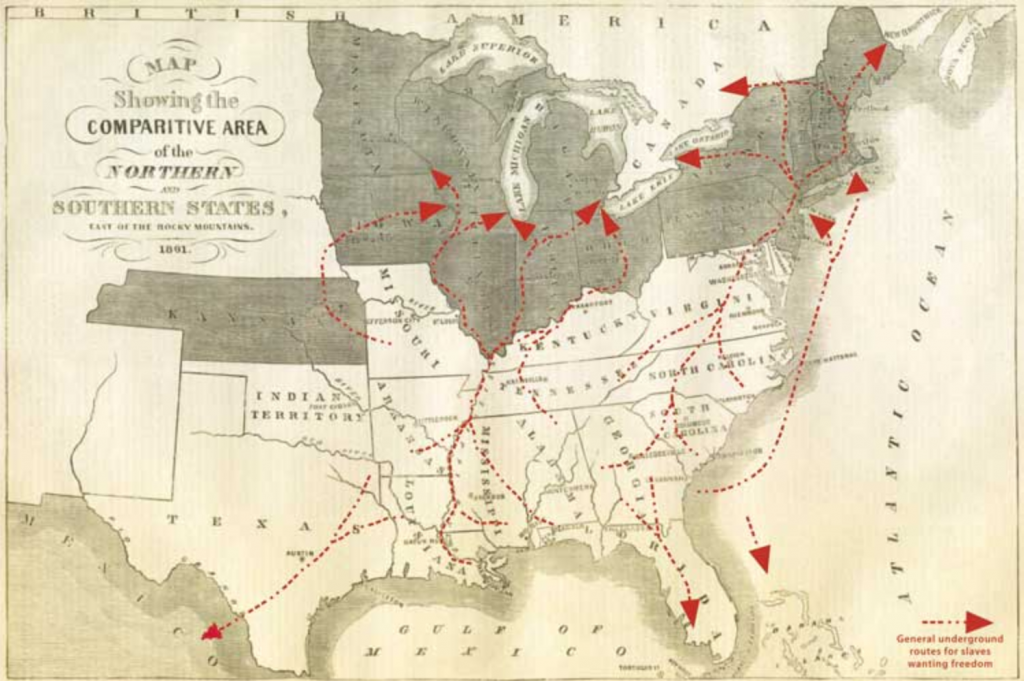 The majority of these northern transplants who came to Miami settled in an area referred to as, “colored town” which eventually became known as Overtown, NW of the city core. You’ll see that the various colored towns in other cities around the country are all located in the same NW quadrant.

These initial African Americans worked in labor roles like construction and in the service industry. This era was also during the time period of the Harlem Renaissance in New York, and many famous musicians would make the journey south during winter months to play in the ever-increasing number of hotels and resorts. But, they were not allowed to stay where they were performing as Miami was a very segregated city. So, after their paying performances on Miami Beach, they would head back to Overtown where they stayed and performed at after parties that often went early into the morning, and parties in which whites would come to see the well-known performers do their the thing as well.

In 1926, there was a massive hurricane that almost wiped Miami off the map. It was the African Americans who were essentially forced to perform the clean up of the city and sequentially the rebuild, this time constructing with concrete and cinder block instead of wood which was common practice before the storm.

Overtown continued to sprawl and there was an ever-growing influx of African Americans into the city as the neighborhood was known to be prosperous for the time. But, like many cities in the early 1960’s in the south, racial tensions grew stronger. Martin Luther King even visited Miami during this time. Almost at the peak of its glory, there was one factor that devastated vibrant Overtown for good, and it was intentional.

in 1961, construction of Interstate 95 began, and where was this massive highway set to run directly through? Overtown of course. The city made plans to relocated thousands of families to a newly “developed” region of the city even further to the NW, named Liberty City, which was thrown together in a matter of months. Construction was shoddy, and if you know anything about Miami now, it’s one of the most decrepit neighborhoods in the entire city.

I95 literally divided Overtown in half, and was built directly over the main thoroughfare of Overtown, NW 2nd Avenue. 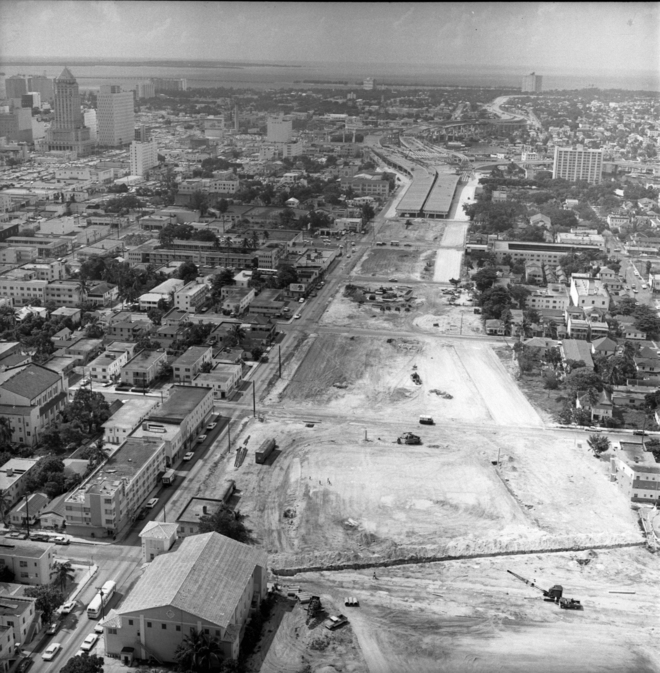 Unfortunately, while the construction of I95 might have made transit through The Magic city much easier, it basically decimated a tight-knit community, and one that was integral to the growth of Miami into one of the largest metropolises in this hemisphere.

Today, Overtown is seeing somewhat of a rebirth after being a virtual no-mans land for decades, a place occupied by countless homeless people and low-income projects. Recently, the University of Miami constructed a new Lifestyle Science center on the western edge of Overtown which was intended to bring jobs to the neighborhood. There are also many new nightlife and cultural venues which are re-gentrifying the area a bit, but the story of what happened to Overtown is a definite scar in Miami’s not so long history.

Little Haiti and the Haitian Migration

Really starting in the 1950’s, upper class Haitians began leaving Haiti because of the oppressive rule of the government there. Many settled in Miami because of its proximity to Haiti and similar climate.

As more and more Haitians began to leave their country, they started settling in the area north of downtown which would eventually become known as, “Little Haiti”. In the 1970’s and 1980’s, there was a massive influx of Haitians along with Cubans which completely changed the dynamic of the city which was predominantly white and African American.

Black Relations Among Themselves

What people often don’t realize, or think about it at least, is there are 3 very distinct black populations living in Miami. The Haitians who speak English as a second language (they speak French and Creole), The Bahamians, and  the African Americans. All have very different cultures, and often, there is a lot of tension between the groups.

They get associated with one another because of their skin color, but in reality, they live in different neighborhoods and don’t interact any more than any other groups do.

In conclusion, Miami is not a city that belongs to any one race or color. Every group has played its part in developing it into the almost inexplicably diverse city that it has grown to be.  I’ve spent the last 7 years of my life here, and I feel Miami is much more my home than Philadelphia where I grew up as it just has a certain aura about it that I can’t describe, but anyone that has visited or lives here can surely agree to the same sentiment. It’s electric, and now a days, people get along for the most part. The only time I heard any real racist comments made was when I was at the University of Miami and it was from rich white kids from southern states. Miami is a new city, one with an eye always on the future, and I like that.