It has got to that time of year again where line-ups are being announced and tickets are selling out – and although there’s no Glasto in England’s gloriously wet south-west this summer, there are plenty of festivals to satisfy every foot tapping, roof-raising festival goer out there.

Head away from famously damp Britain to the warmer shores of mainland Europe to be rewarded by a myriad of festivals that will satisfy every musical indulgence – dance until dawn on a Croatian beach or take part in a beer-fuelled air guitar comp in an unheard of town in the middle of Belgium.

Arm yourself with a group of friends, European breakdown cover and a sense of adventure to head across stunning Bavarian countryside and sparkling azure seas to the party of your life.

Belgium’s opening festival for the season; this is a punk-tastic, mayhem filled weekend in the middle of the European chocolate haven at the end of April. Groezrock, now a fully-fledged adult in its 21st year, is no stranger to ground breaking line ups and sees punk legends, Rancid and Refused leading the way forward in a weekend of pure awesomeness.

Groez sees a good mix of music during the two days of cheap beer – from ska-punk’s very own Reel Big Fish to acoustic sets from Anti Flag and Kevin Seconds. If you do find yourself getting bored of the pits (unlikely, we know) then hunt out the air guitar and mechanical bull contests that dot the arena.

This month long festival in Eastern Europe has become so big that it’s become its own Republic – it has its own PreZident, you need a special viZa to enter the Republic and once you leave you can never return (unless, of course, you’ve purchased a multi-entry viZa).

For one whole month, this temporary Republic is a 24/7 party hub, filled with the best techno, trance and house music from around the world. It’s not all go, however – take the time to chill on the beach, eat in local bistros and enjoy the finer things in life. After all, nobody works in the Republic of KaZantip.

Held on the sparkling Adriatic coast halfway between Zadar and Split, Electric Elephant is five sun-kissed days of sand in your toes and out of control beach hair. The festival promotes a wide mix which compliments the location’s beach-side setting – live acts, DJs, house and techno fill the sound waves at night, while soul, funk and reggae float above the hoards of people as they slip in and out of varying states of hangover.

Make sure you catch one of Electric Elephant’s boat parties – what could be better than dancing the day away on a boat, surrounded by like-minded people and travellers? Not too much, we can promise you that. Tickets for these are sold on a first-come, first-served basis and sell out fast, so get moving! 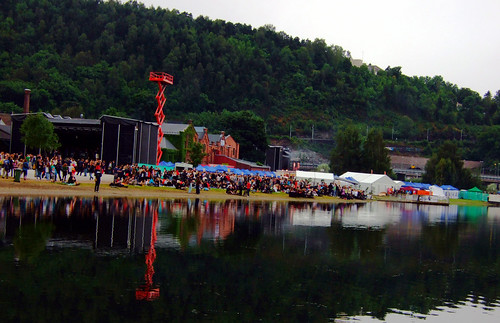 Staged on the beautiful fjords of Oslo, Øya Festival is a charming find amongst heaps of festivals that specialize in the mainstream and the new – like wading through all the junk in a charity shop before stumbling across something so special you don’t know why you haven’t already got it. That’s how everyone should feel about Øya.

It’s low on wacky fringe details, tales of burning tents and atrocities like in so many UK festivals and boasts a bizarre mix of kooky indie bands, global names and Scandinavian wannabe rock stars. It’s hard to define Øya – is it a rock festival? Is it one for the indie-kids? The emos? Who knows, but with Björk headlining the weekend and Brit-grown Florence and the Machine making an appearance, this is one festival that should be on everyone’s list in 2012. 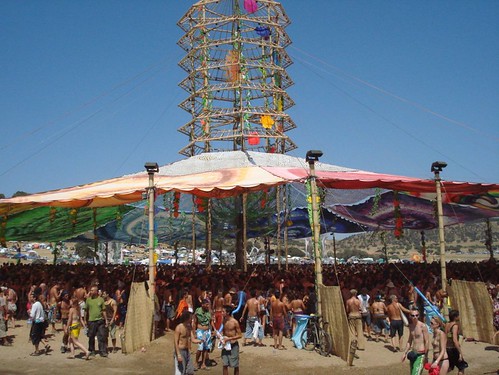 If you’re thinking about heading to punk-rocking Groezrock, don’t even bother reading about this – it’s an all-out free-livin’ hippy fest, reserved for the wild-at-heart, open minded and flower-power types.

Boom is the coming-together of multi-cultures through art and music; it aims to create a space in today’s hectic world for peace, tranquility and love. Boom is born out of a culture which no longer exists within the 9-5 or between dropping the kids off at school, doing the shopping and fitting in your weekly body combat class. This head-light combination of psychedelic, alternative and independent culture on the sunny shores of Portugal happens every two-years and is sure to reignite your inner-60s free love way of thinking.

Canals, Museums, History - Bud, Boobs and Booze: Amsterdam!
A Fun Trip to Leicester for the Entire Family!
Why Scotland Is the Best Country in the World