So I’m back in Philadelphia for Thanksgiving and decided to spend a whole week instead of just a few days to enjoy the city a bit and see some friends.  After I graduated from college, my parents sold our house in the burbs, and did like many other empty nesters, headed back to downtown to try and reclaim their youth. I even have to say they’re cooler; way more laid back, down to drink that extra glass of wine at dinner and try new things again.
At first, I was a bit sentimental about them giving up the house I grew up in, but after visiting their new place in the epicenter of downtown Philadelphia, with great bars, restaurants, parks, museums and shopping (I don’t really care about shopping), I said good move.

Philadelphia is the Hipster Capital of the World

Philadelphia is one of the cheapest major cities in the country.  I partly attribute this truth to the fact that Philly is a people’s city, not a cosmopolitan center of fashion and flashiness like NYC and Los Angeles.  While there a multitude of art schools, great restaurants (lot’s of BYOB’s!), a cool music scene and a pretty nice downtown, Philly is much more affordable than Washington D.C., Boston, NYC, Miami, Chicago, etc. because there is not a huge of influx of newbies.  People’s families have been in Philly for generations. This keeps the cost of living affordable and you can enjoy the same lifestyle as someone in NYC for almost half the cost.  This means one thing, hipsters.  Single gear bike riding, cupcake eating, H & M swarming hipsters.  They mean well, but I find many to be over opinionated and whiny, and when something like the Occupy Movement sprung up, they were first in line to picket the streets.

When the Occupy Wall St. Movement erupted a couple months ago, I watched comfortably from my South Beach apartment. There was a minimal reverberation felt in South Florida with the rather weak Occupy Miami, but all the hype intrigued me and I immediately called my mom to see what things were like up in the Northeast.

I watched on CNN as thousands of angry Americans flooded Zuccotti park in Manhattan looking for change, and I began reading up on Philly’s version, thinking the hipsters would come full force.  There was a sizeable protest at first, but two months later, things have seemed to really calm down.

I decided to take a walk down to the site of Occupy Philadelphia to see what everything was all about, but for the most part, all I found were some deserted tents, a bunch of trash and some homeless people.  There was an information tent with the day’s agenda which seemed pretty entertaining actually.  8:30 breakfast, yoga at 10, mathematics for people who don’t like math at 5:30, you know, worthwhile stuff. 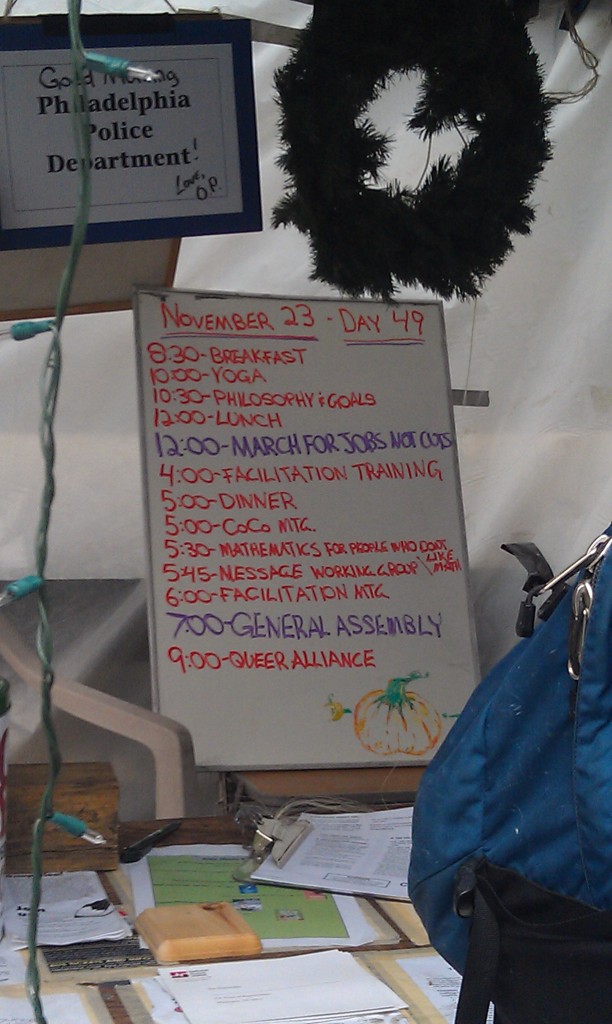 I consider myself pretty liberal, but I think I, and a lot of other people, right or left, are kind of confused at the whole goal of the protests.

Yes, I understand and agree that people are fed up with excessive corporate greed, that the top 1% of people have the majority of wealth and power, and it’s unfair that they get to make the decisions that affect the 99% of other people who don’t have a voice because they are not ultra-rich.

But, what I don’t get are all the other tag-a-longs that are using the Occupy movement just to voice their radical opinions, ones that are not usually in-line with what the Occupy movement claims it’s all about (i.e. anarchists).  I think things need to be changed, and people who make a million dollars a year should pay a little more tax than someone who makes $20,000, but I think the Occupy movement is too all over the place and there is not one unifying focus that will ultimately make it successfull.

Oh well, I guess it’s kind of cool just seeing people take to the streets like our parents did in the 60’s, but hopefully there will be more of a plan in the future to make things actually happen instead of just getting in people’s way who are trying to get to work and making a bunch of noise.

What is your take on the Occupy movement? 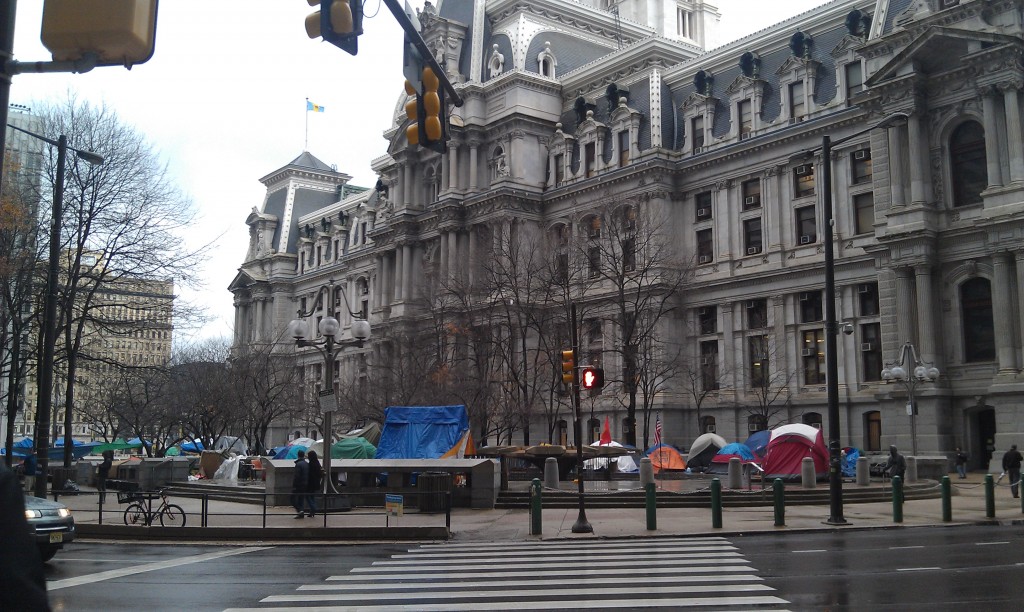 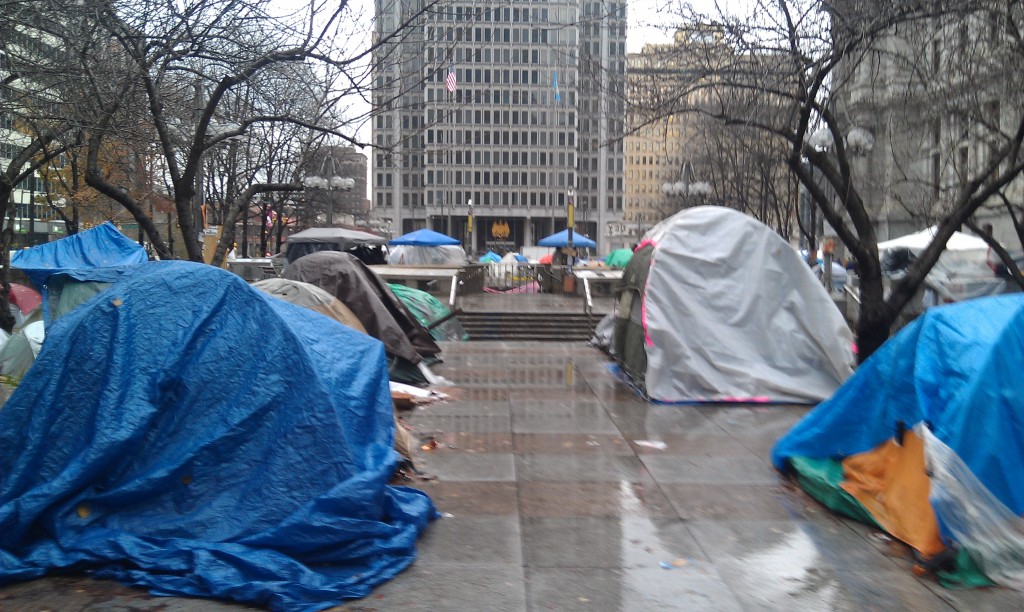 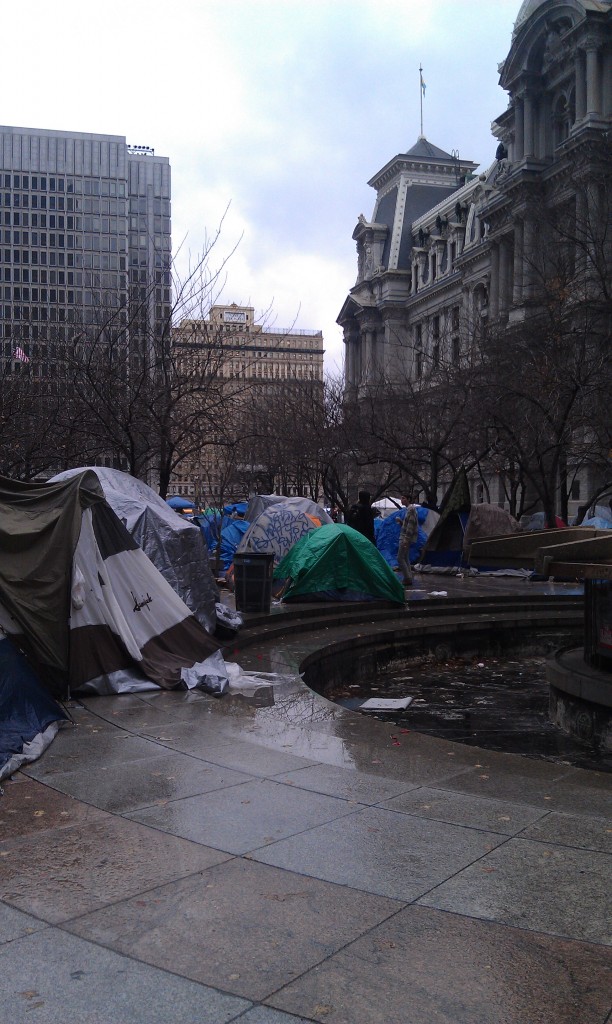 It's Not 1993 Anymore - Ditch the Timeshare!
Cool Architecture in Philadelphia
Hercules! Hercules!