Here are some pics from Downtown Philadelphia (known as Center City).  As you can see, I like skyscrapers.

Believe it or not, there was actually a “Gentleman’s Agreement” in Philly (up until it was broken in 1987) that no building would be taller than the hat on the statue of William Penn atop City Hall (the statue is actually 50 feet tall!).  This meant that the skyline of the city was kept pretty mid-rise until the glorious year of my birth, and as you can see, some really impressive steel and glass buildings have gone up since.

Philadelphia City Hall is a very impressive building and is much taller than it appears, at 548 feet, it was the tallest masonry building from 1901-1908, and after a receiving an over-due face wash,  has been restored to its former beauty.  City Hall is also the site of the Occupy Philadelphia protests, which have recently been relocated due to a big construction project that will supposedly create 1,000 jobs, see, they won! 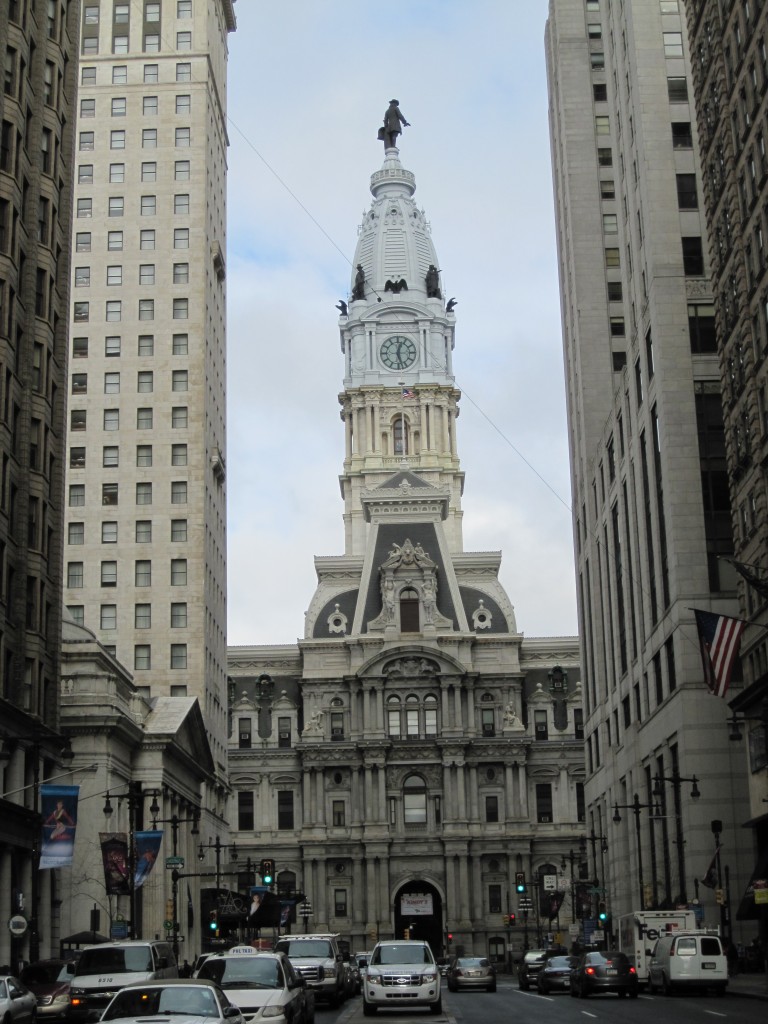 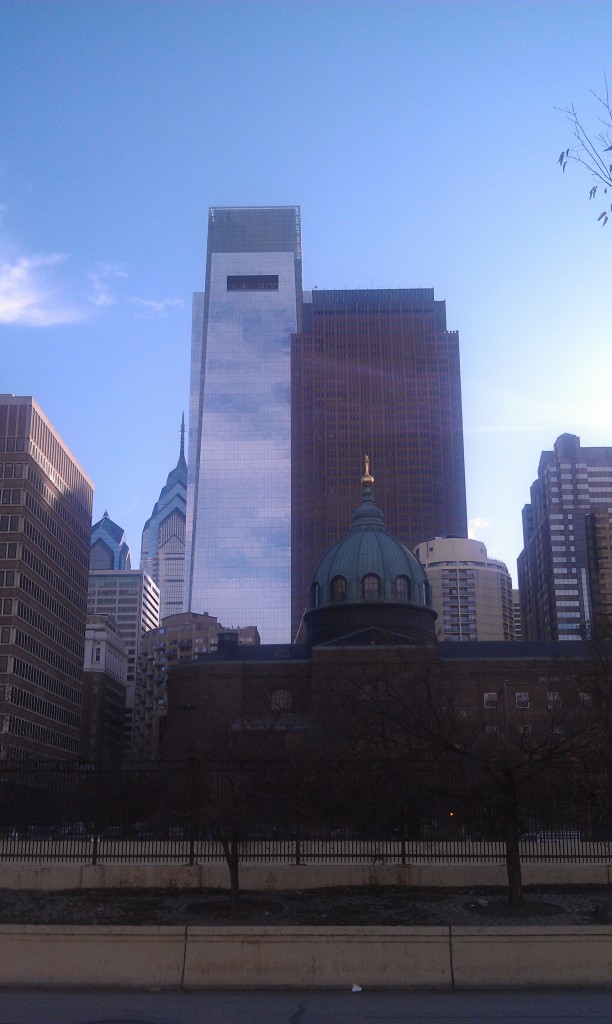 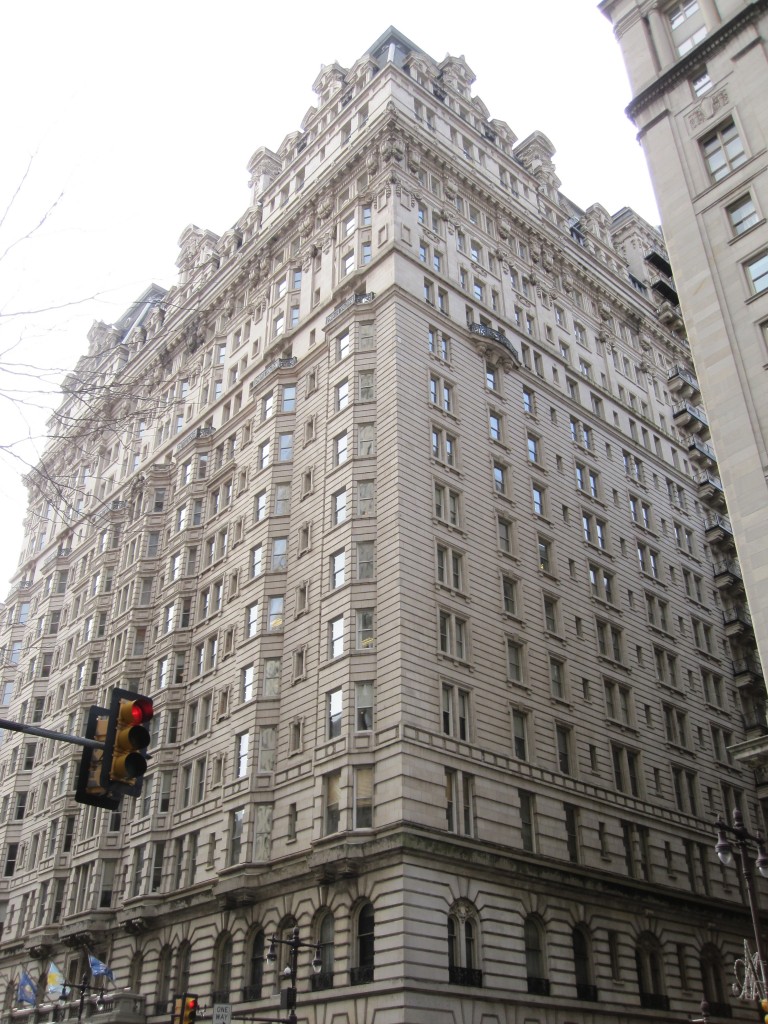 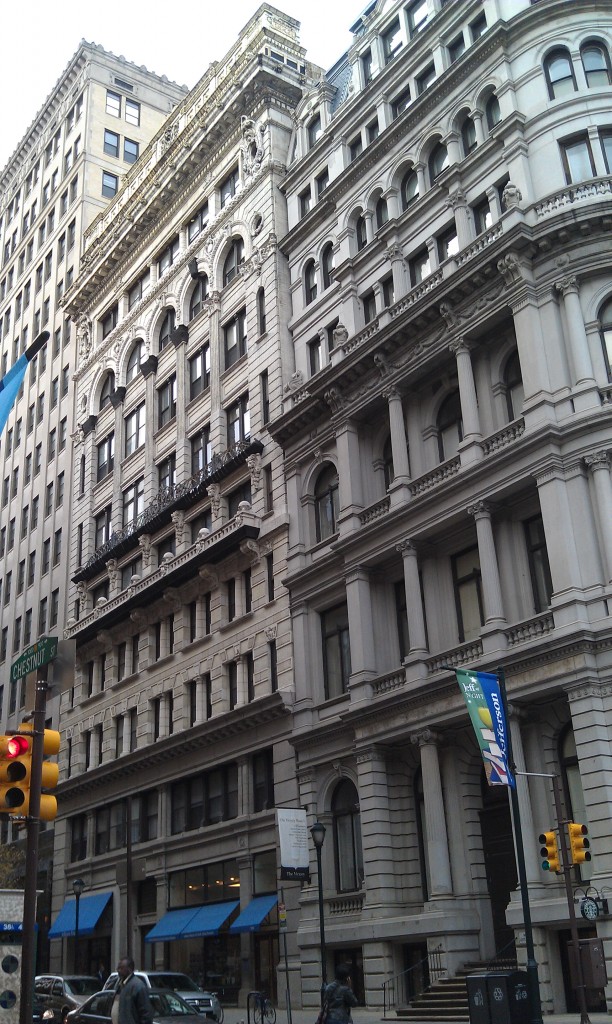 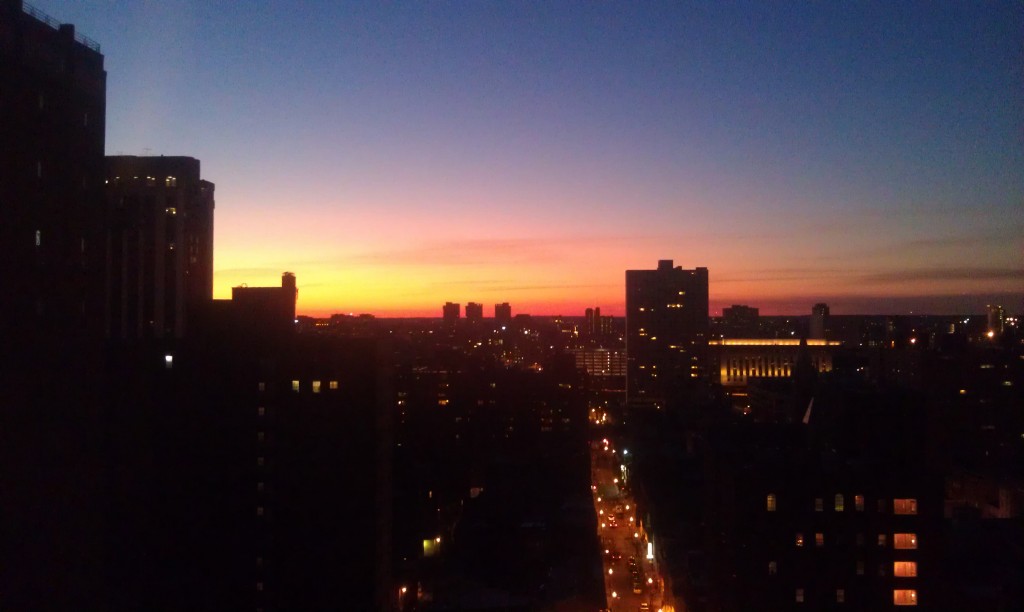 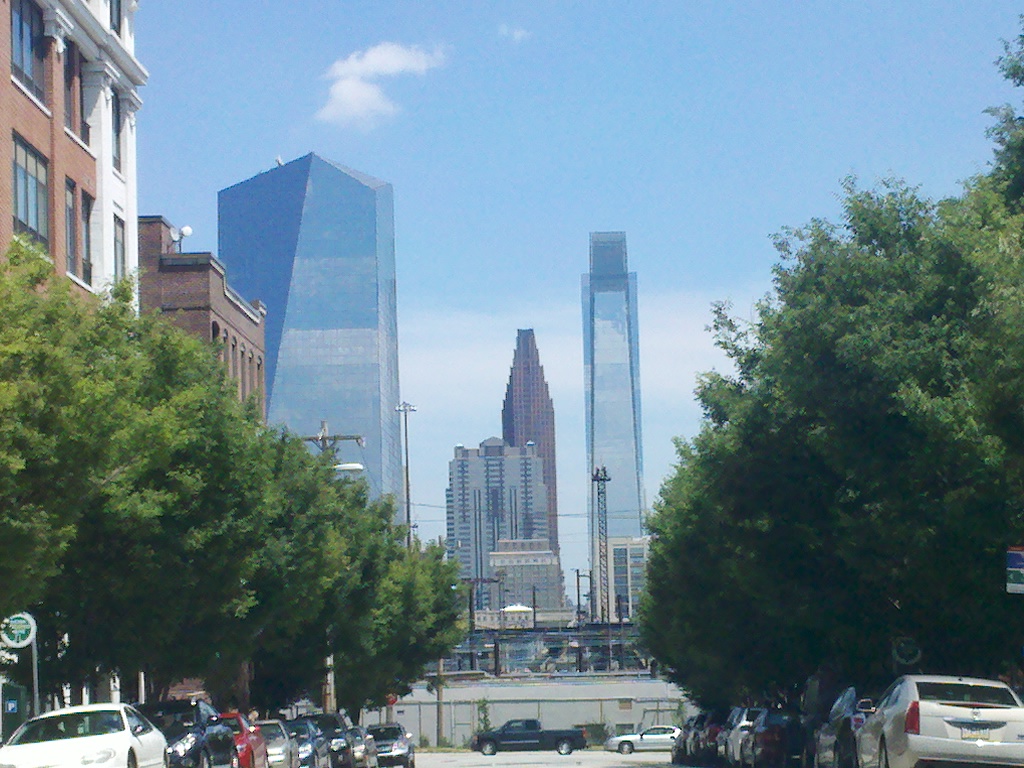 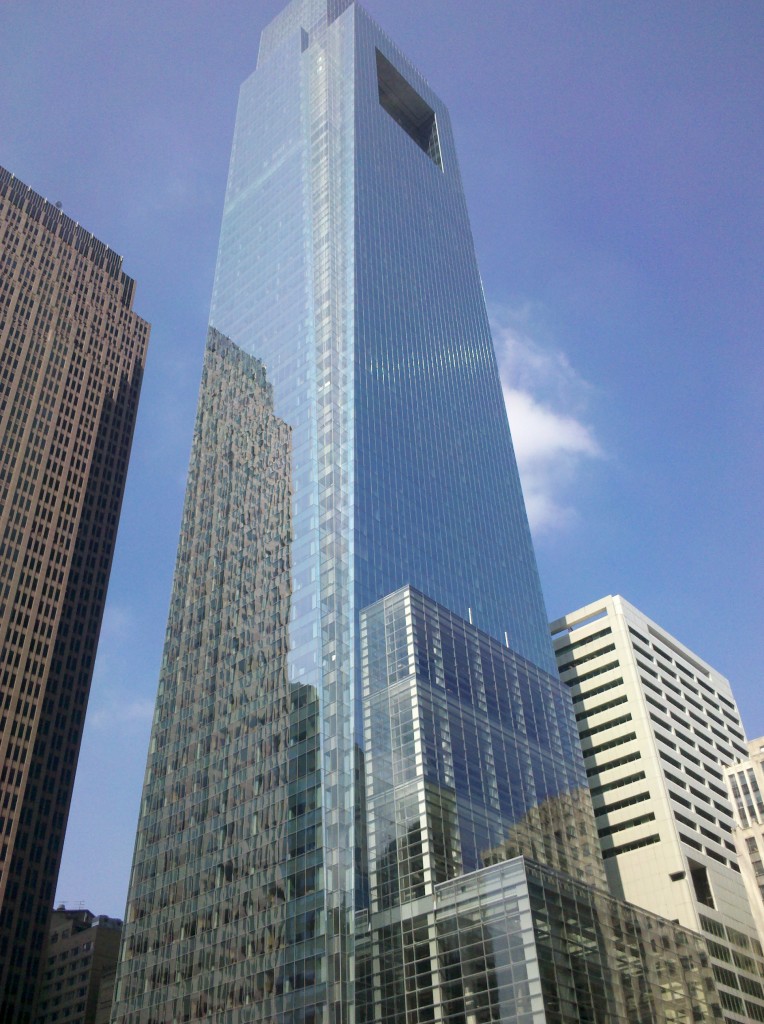 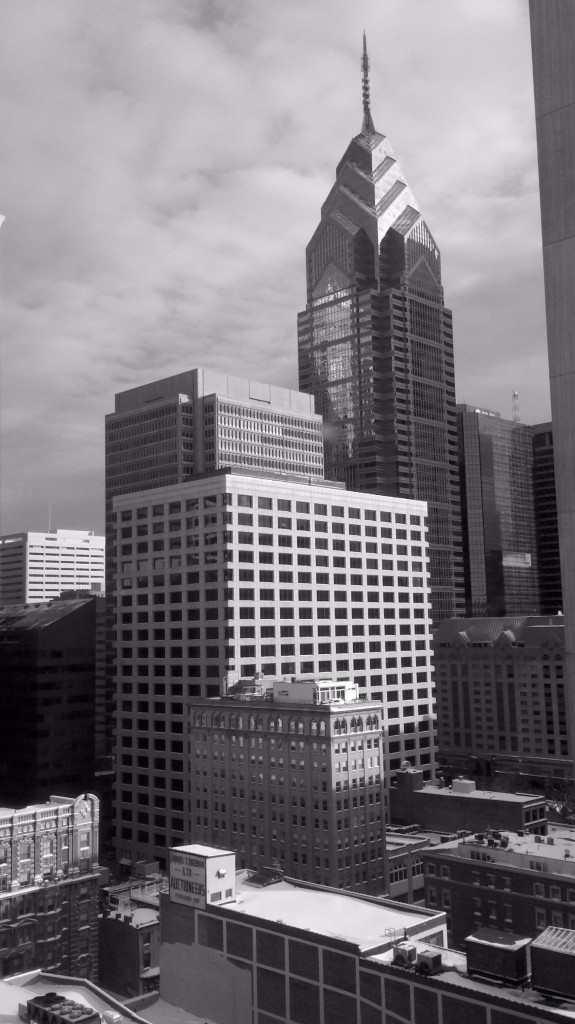 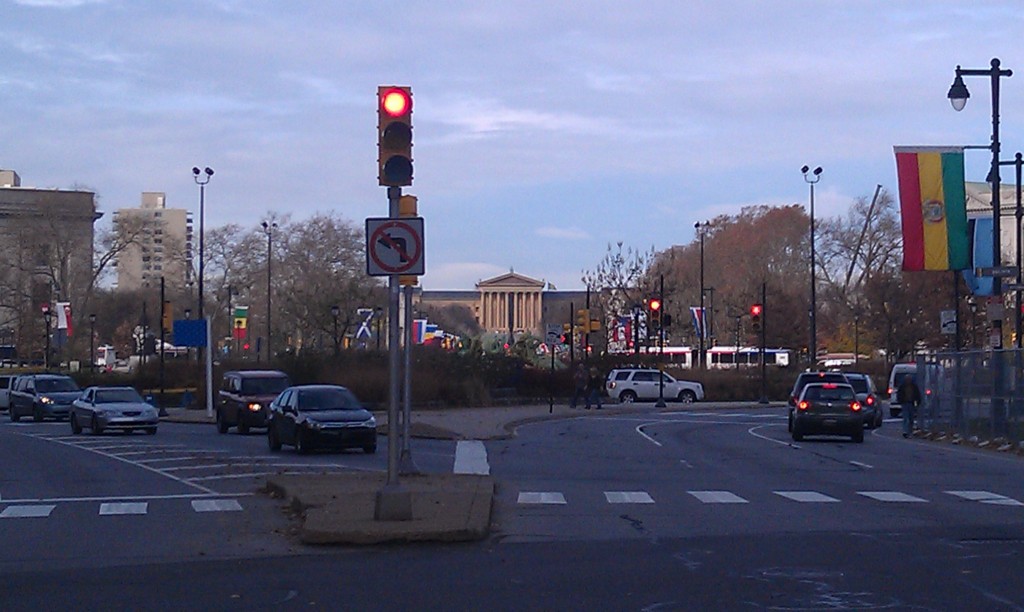 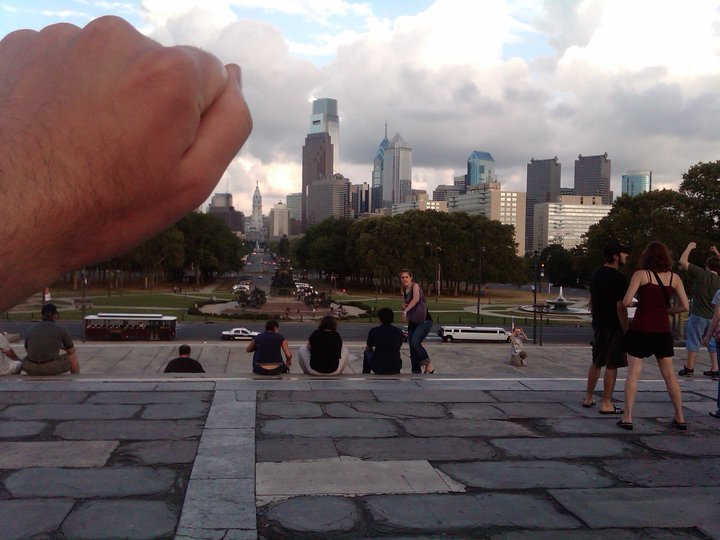