New Zealand is one of the most organically beautiful places on the whole planet, but for some reason it doesn’t receive nearly as much tourism as its rough and tough neighbor, Australia. There are countless amazing landscapes to explore, booming urban centers, and quaint colonial towns that beckon with more to enjoy than any one short trip can manage. Ever wonder where the Lord of The Rings was filmed with its almost unworldly backdrops? New Zealand my friends and this week, one area of this awesome Pacific-floating country is in the spotlight on The World or Bust, Nelson! 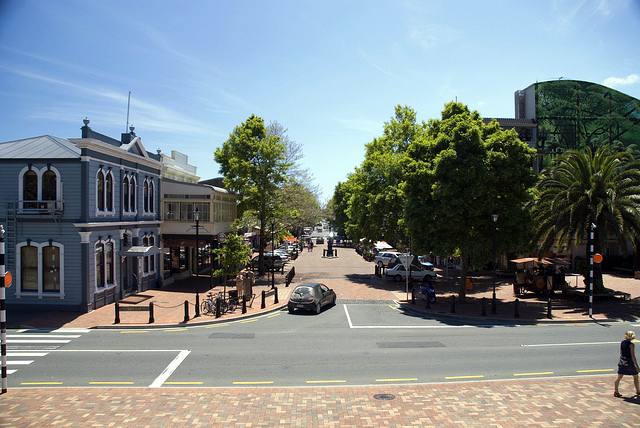 Nelson is named after a British Admiral, Viscount Nelson and the compact city streets to this day bear name to many of his famed naval battles and loyal comrades. Nelson is considered to be New Zealand’s oldest city. While Christ Church had its charter before, the British were residing in New Zealand at the site of Nelson longer, since 1841. Many of the tree-line city streets in the center of town offer beautifully restored colonial buildings  with top-notch shopping, dining, and of course, a little nightlife!

Nelson isn’t a cheap city though as it’s one of the most popular places for people to retire in New Zealand, and for the fact that it gets more sunshine than anywhere else in the country with over 2,500 sunshine hours yearly. There are a wealth of accommodation options for a trip there, but to land a good deal, book Nelson hotels with Jasons, a New Zealand based company.

While there is plenty to do while milling around town admiring the immaculately maintained streets and architecture, any trip to Nelson wouldn’t be complete without getting out into the suburbs and countryside, which offers some of the most stunning landscapes in the country. There are some pristine beaches right near the center of town, and one thing you can’t miss is visiting one of the 23 wineries in the region! Check out the Miyazu Japanese Garden as well which is inspired by Nelson’s sister city in Japan.

Nelson is a great place to spend a few days and is easily accessible by air, land and sea!

Countries which are more dangerous than you might think!
Tuck In to Australian Bush Tucker in Sydney
The Best Places to Visit in New Zealand on a Luxurious Vacation