You could be forgiven for neglecting Brussels on your inter-railing or backpacking through Western Europe, but you’d be missing out on one of the most unique cities you may ever visit.

Many people forgo Brussels, the quiet capital of Belgium, imagining drab government buildings or grey streets and opt for the photogenic canal-saturated town of Bruges. But Brussels is a European capital worth visiting, even if the EU isn’t your thing. Here are 3 reasons why you should consider Brussels as more than a train stop on your way between Paris and Amsterdam!

If architecture is your thing, then you could easily spend days strolling through the various neighborhoods of Brussels, admiring the works of famous architects. Imagine Paris, but with ten times the number of styles present. This city is as diverse in architecture as it is in people. Art nouveau is probably the most prominent and most jaw dropping, but beautiful Medieval, Art Deco, Flemish and Modernist buildings make an appearance throughout the city. 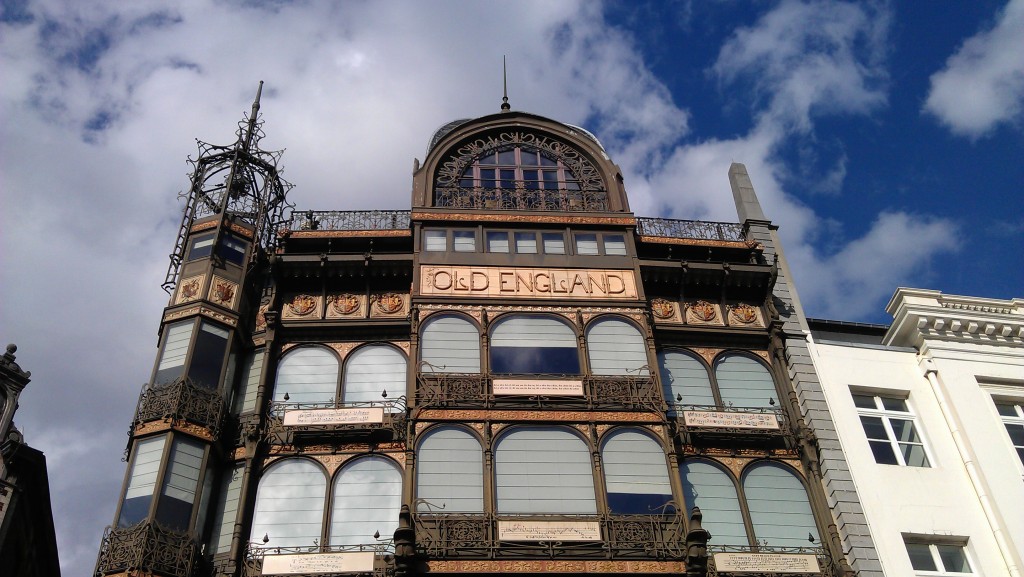 One of the most famous Art Nouveau buildings, the Museum of Musical Instruments by Albert Horta
Brussels even had its own resident architect, the renowned Victor Horta who created not one but over seven architectural masterpieces in Brussels alone. The one above is the Musical Instruments Museum, and boasts a terrace on the top. You don’t have to visit the museum to have a coffee or lunch on the top, and you will get the best view of Brussels. One organization has even created neighborhood walks with a concentrated number of art nouveau style buildings, abundant throughout the entire city.

You also can’t miss the Medieval gilded buildings that once belonged to craftsman that line the Grand Place, a former market place, now a beautiful city center square. Although many of the café’s that line the area are more expensive than many other cafés, you are welcome to enjoy a beer with friends on the square itself thanks to Belgium’s relaxed public drinking laws. On summer nights, the whole square fills up with young people enjoying these grand buildings around them and plenty of other lively characters. Year round, events take place on the square including a jazz festival in May and a beer festival in September. 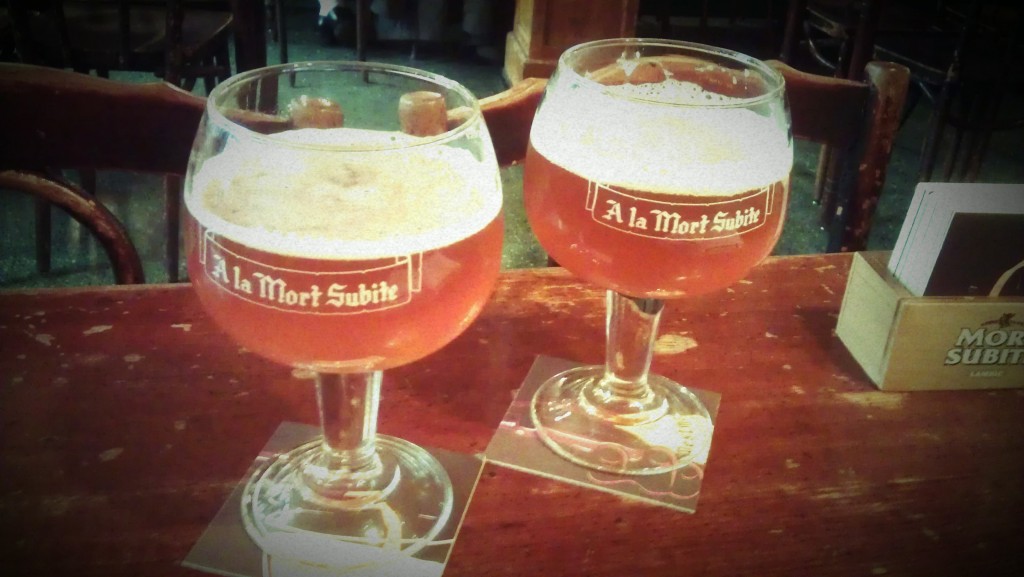 Belgium’s far larger neighbor, Germany and the international attraction to the country’s most famous event of Oktoberfest often overshadows Belgium’s reputation as a renowned beer producer. However, if you know anything about beer, then you might have heard that Belgium actually produces the largest amount of beer per capita, with over 170 breweries producing over 1,000 types of beer. Belgium has been producing beer for hundreds of years; first as an alternative to unsafe drinking water, then as a means of living for both monks and nuns and now for pure indulgence and tradition.

The best thing about Brussels? There is no shortage of places to try any one of these types of beer. As mentioned previously, the notorious Delirium café holds the 2004 Guinness Book of World Records for number of beers served at 2,000 beers on offer. Today, you can taste over 2,500 different beers from their self-proclaimed Beer Bible. Although most cafés have a fair selection of Belgian beers, Delirium has many that are hard to find in an average bar and have knowledgeable bartenders who can recommend something for you when they’re not busy. Go in the early afternoon, when it’s less crowded. Beer drinking is acceptable from 11AM onwards in Belgium! 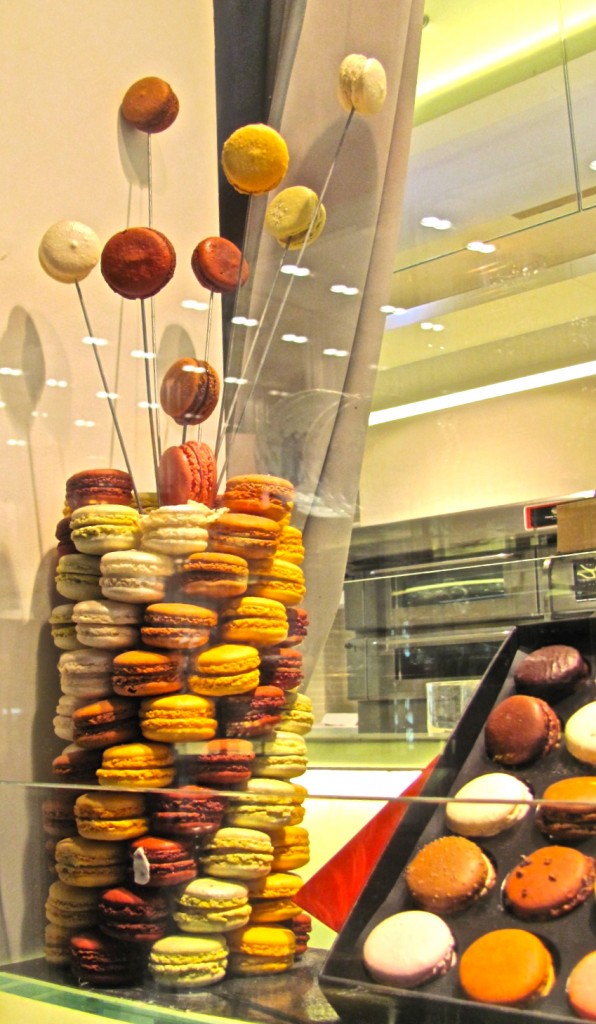 Macaroons in the window of the famous chocolatier Pierre Marcolini

Besides beer, you can really indulge yourself in the good things in life in Brussels. Known for its waffles, skip the ones with whipped cream and chocolate drizzled on them and opt for plain: they are filled with sugary goodness on the inside and really don’t need toppings! Chocolate shops align many streets in the city center, including on the Grand Place. From internationally recognized brands such as Godiva and Leonidas, to the more independent but high quality Galler, Pierre Marcolini and Frederick Blondeel, you can find chocolates made from traditions present all throughout the world. Colorful macaroons, sweet meringue-flavored cookies like the ones pictured above, are also abundant throughout the shops in Brussels. And naturally, you can pick up a morning croissant or a pain au chocolat in every bakery, shop or café to start your day off right.

It’s true, Brussels is bizarre. The city produced the world-famous Renee Magritte, the surrealist artist most known for his juxtaposed paintings, such as the top-hatted man with an apple in front of his face, or the painting of a pipe that reads, Ceci n’est pas une pipe (This is not a pipe). Besides having an entire museum dedicated to the work of this artist, you can expect a lot of weirdness from a city that inspired such artwork.

The 9th art, comic books are revered in Brussels and there are over 20 murals around the city featuring scenes from famous Belgian comics. Belgium is home to Tintin and the Smurfs as well as hundreds of other lesser-known characters. 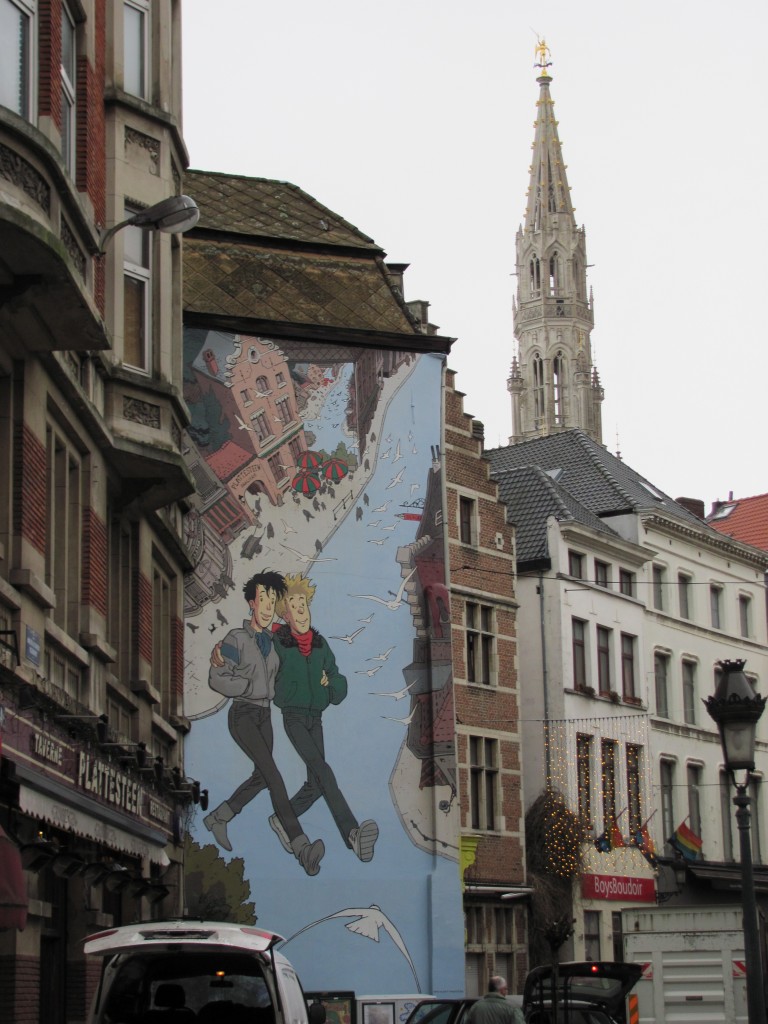 Comic books are taken very seriously in Belgium and you can find scenes from famous comics all over Brussels. This is one from the gay friendly neighborhood of Saint Jaques, with the Grand Place in the background

And yes, the national monument of Belgium is a little peeing boy. He is only 20cm (less than 8 inches) high and is often dressed up in costumes that he receives from heads of state from around the world. On special occasions like Saint Patrick’s Day, he pees Guinness instead of water. There is also an entire section of the city museum dedicated to Mannekin Pis’s outfits! 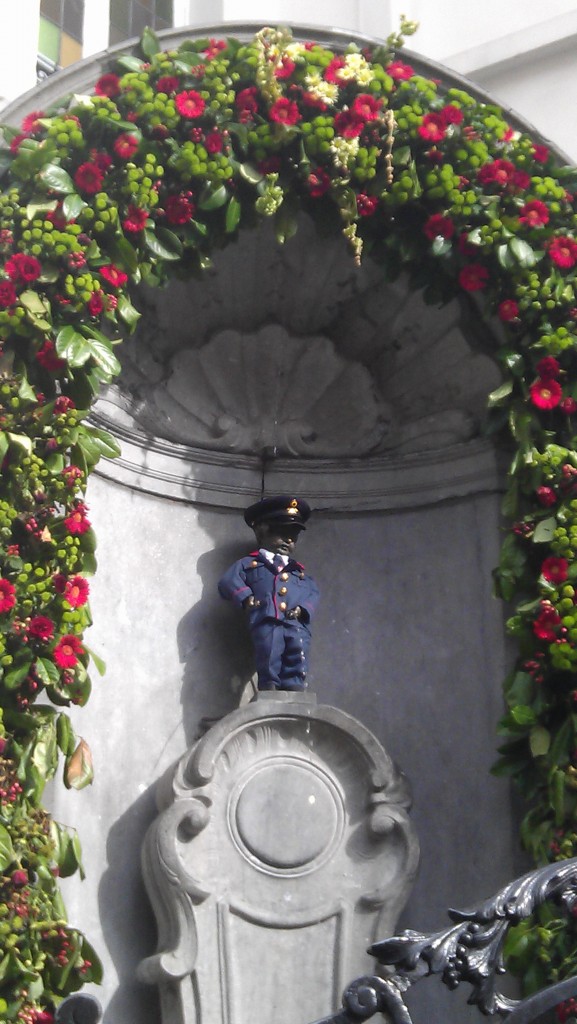 The national icon of Belgium, Mannekin Pis. Throughout the year, he is dressed up in costumes, or otherwise, naked! The epitome of weirdness in Brussels

Surrealism and oddities in general abound in this city, something that you’ll experience time and time again if you visit. You can visit the Magritte Museum to see some of his most famous (as well as lesser known) paintings, the Comic Book Museum to understand the reverence of the comic book art or the Musical Instruments Museum to again see the quirkiness of this city on display in a historic building. And, just walking through the streets you are bound to find something weird. Notice it and enjoy it: this is the true charm of Brussels.

The previous was a guest post from Elizabeth Eckert from http://brusselsandbeyond.wordpress.com

Top Things To Do In Bosnia
Going HAM in Hamburg!
3 of the most interesting ghost towns in the world