When it comes to planning family vacations in the US many people immediately think of Disney World or large theme parks. Others conjure up images of America’s most vibrant cities such as New York or Boston, or the busiest national parks like Yellowstone and the Grand Canyon. However, standing in long lines and braving large crowds is not everyone’s idea of family bonding. Here are seven family-friendly destinations that are off the beaten path and perfect for getting in that much-needed quality time. 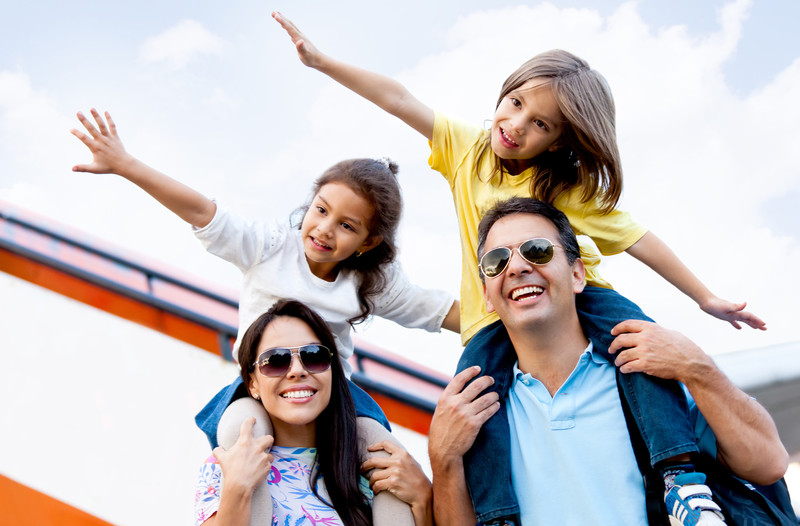 Mountain lions and moose and bears, oh my! It’s a mystery how this majestic mountain-studded landscape could rank as one of the nation’s 10 least visited national parks (including those in Alaska, Hawaii, and American Samoa). Situated just 90 minutes east of the charming city of Bellingham, WA, the North Cascades is home to more than 300 glaciers and is crowned with jagged peaks, breathtaking alpine vistas, and pristine lakes.

Nestled north of the Red River between Oklahoma City and Dallas is the enormous and captivating Chickasaw Country. Spread out across more than 7,600 square miles of undulating prairie pressed up against the ancient Arbuckle Mountains, the lands of the Native American nation truly have something for everyone. Offering an eclectic mishmash of natural springs, organic spas, casinos, golf resorts, and the natural charms of the Chickasaw National Recreation Area, it’s not hard to list Chickasaw Country as a great place for family friendly vacations. Explore the culture of the Chickasaw at one of the nation’s museums, take in a live performance, or tour the Civil War-era Fort Washita.

Jackson is a colorful small town where the culture of rugged mountain men melds flawlessly with the world of art galleries, fantastic cuisine, and luxury spas. In the summer months, journey through the picturesque Teton and Togwotee mountain passes or along the fantastic Snake River Canyon. In the winter, enjoy world-class skiing and festive sleigh-rides through town.

Disney World isn’t the only park with fireworks. The Milky Way fills the tapestry of clear night sky above the Great Basin National Park, creating a dumbfounding display of light and wonder for any city-dweller. During the day, the park is home to biological wonders such as 5,000-year old Bristlecone Pine trees and underground geological wonders such as the stalactite and stalagmite treasures of the Lehman Caves.

It’s hard to imagine a more perfect family destination. While the area can get a bit busy during the peak of the summer months, there is plenty of room to move around. The rest of the year the area is a laid back quiet playground filled with fine glacier-milled sandy beaches, fruit orchards, and vineyards. Dotting the landscape is a patchwork of small fresh-water lakes providing a bounty of lakeside cottages and an endless supply of fishing and kayaking.

For families more interested in the journey than the destination, the 440-mile long trail stretching between Nashville and Natchez, MS, is a trip through the heart of America. Used for centuries by Native Americans and later by European explorers and early settlers, the Natchez Trace is a composite of U.S. history. Explore prehistoric mounds, important Native American archaeological sites, Civil War battlefields, and the colorful cuisine and culture of the contemporary Deep South.

While the Outer Banks might be the better known vacation destination, the quiet charms of the small town of Beaufort are hard to resist. Located along a serene stretch of the Atlantic coastline, this small village is filled with historic homes, quaint shops, excellent restaurants, and enjoyable live pirate performances.

Why Should You Consider San Diego for a Vacation?
What are the Challenges that Affect Disabled Backpackers?
The History of my Travels