The city of Rome, Italy is regarded as a top holiday destination to visit during the Christmas festivities. Indeed, it is widely believed that this is the city where the Christmas holiday originated.  With a history spanning more than two thousand five hundred years, Rome is one of the oldest cities in the world. 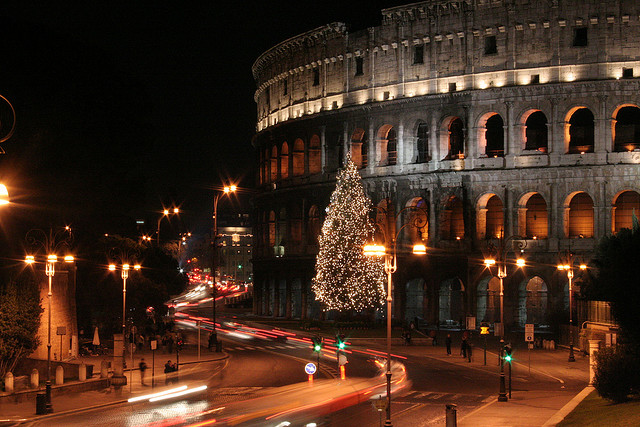 Due to this great climate, Rome has become the perfect Christmas destination for tourists from all walks of life. There are plenty of things to do in the Italian capital, with your Rome tourist pass, especially during the Christmas period. For example, you can visit the Piazza Navona, which is annually transformed into a huge Christmas market. Piazza Navona is so massive that it can accommodate a huge number of stands displaying little trinket like decorations, nativity figures, toys, sweets, and other Christmas gifts. At the Navona market there is also a Babbo Natale, a merry-go-round, and a Father Christmas who makes surprise appearances to delight the kids. Outside the compound of the Navona market there are also other interesting activities and events, among them, ice skating is a big festive favourite.

Because Christmas is a holiday cherished most by kids, Rome has witnessed the emergence of iconic toy shops. For instance, there is the Citta Del Solve located in downtown Rome, with a far wider selection of toys and games. There is also the Bartolucci, which supplies handmade toys such as the Pinocchio, providing a great artisan alternative.

Another area that you can visit in Rome during Christmas is Saint Peter’s Square Church, a classic location for the iconic Christmas tree. Within the Church compound there is also a life-size nativity scene that is not unveiled until Christmas Eve. As a result, tens of thousands of visitors flock to Saint Peters Church at midnight on Christmas Eve, the same time as the Pope delivers midnight mass. Other areas of great interest during Christmas include; the Santa Maria Maggiore Christmas crib, the nativity scene which is always displayed at the Church of Saints Cosma and Damiano, and Santa Bambino at Santa Maria Aracoeli, among other religious and historical places.

For individuals with a passion for classic belts, bags and shoes, they should visit the stalls lined up all on one side of Testaccio market. Inside the stalls there are different shops such as dell’ Alta Moda stores that deal with designer labels such as YSL, Versace, and Armani. In case you still have enough room in your suitcase, you can also visit the Roman mini chain stock house that provides exceptional ex-showroom fabrics at rock bottom prices that are as low as £8 a metre.

There are also numerous restaurants that provide not just world class cuisine, but also award-winning accommodation and facilities. In addition, the bus and metro service usually operates an expanded service during Christmas Eve until early afternoon, making sure you can get around to do everything you want in Rome this Christmas.