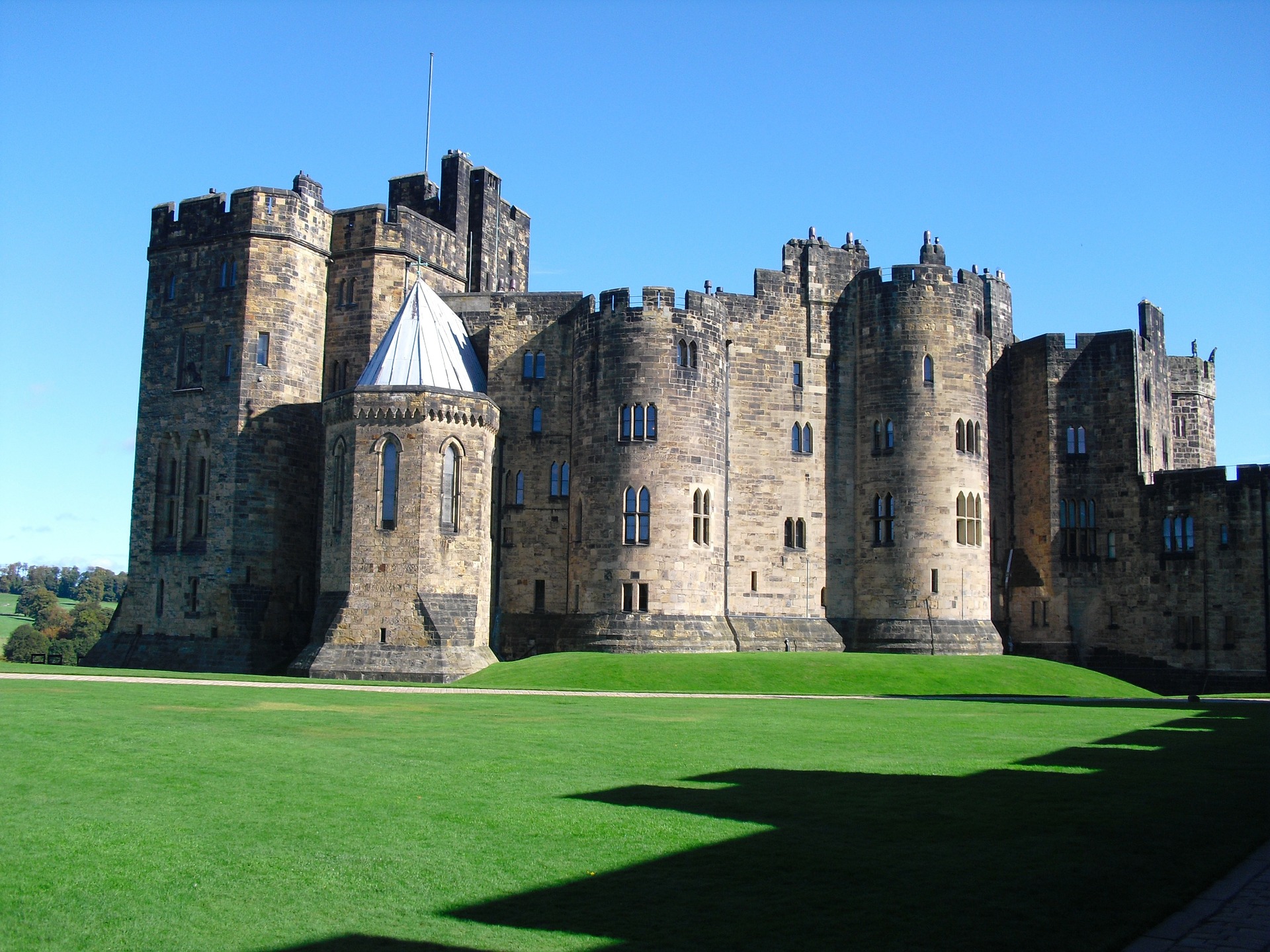 Also known as Screen Tourism, this is a phenomenon that is travelling with the purpose of visiting filming locations or places depicted in movies and shows. With a rich architecture and thousands of historical sites, the United Kingdom is home to many of those locations. Below you’ll find some of the most visited film tourism destinations in the UK.

Built in around 1096 AD by Yves de Vescy, the Baron of Alnwick, this castle was erected to guard a road crossing the River Aln, in Northumberland, the northernmost county in England. This site has been used as a filming location for movies and TV shows since 1954, but its most famous depiction was in the ‘Harry Potter’ franchise, serving as the location of parts of the Hogwarts School of Witchcraft and Wizardry. You can see it in the very first movie during the famous Quidditch lesson scene.

This small settlement located in the Thames Valley with a population of only 2,564 has become a worldwide famous location after serving in many of the outdoor locations in the television series Downtown Abbey, set during World War I and the following decade. The main filming locations were the Old Rectory (Churchgate House), the St Mary the Virgin Church, the public library and houses in Church View that represent two pubs.

Holkham is a coastal village in Norfolk, England with a population of only 236. However, this parish actually served as a filming location for many movies in the 20th century, due to its impressive landscape and beautiful beach. You can see parts of the town in the movies Shakespeare in Love, The Duchess and in Annihilation.

Filled with strange rock formations, ancient trees, secret caves and even an Ancient Roman mine, Puzzlewood is an ancient woodland, located near Coleford, in Gloucestershire, England. This forest has been used as a filming location in many Hollywood movies and TV shows, such as Harry Potter and the Deathly Hallows, Star Wars: The Force Awakens, The Secret Garden, Doctor Who and Merlin, to name a few. Matter of fact, Harry Potter author J.K. Rowling’s Forbidden Forest was actually inspired in this location. If you are visiting the forest, you should not bring any flammable items, such as portable gas stoves, lighters and cigarettes. If you are a smoker, you should check these tobacco free alternatives.

Known as the architectural sensation of the late 1500’s, Wollaton Hall is a country house originally built for Sir Francis Willoughby, located in Nottingham, England. This house contains a pipe organ dated from the 17th century and was owned by the original family up until 1881. Serving as a museum since 1926, this hall was also famously depicted as the Wayne Manor in the 2011 Batman movie The Dark Knight Rises. Curiously, it is located just five miles from the village of Gotham, Nottingamshire, which originated the name for the superhero’s hometown of “Gotham City”.