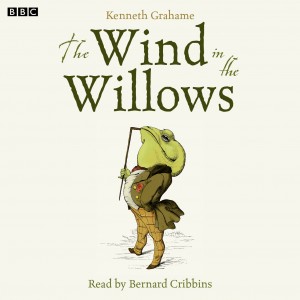 England, that ‘green and pleasant land’ as poet William Blake called it, has inspired many writers in their work. From the countryside to the city, novelists have used the landscape of the country as part of their work. Below are some of the best, and provide a writerly introduction for anyone planning a visit to England.

Far From the Madding Crowd

Thomas Hardy is regarded by many as the pre-eminent novelist of the English countryside. Many of his works are set amid the rolling hills of the West Country and he manages to evoke the beauty of this landscape and the lives of the people who live and work there. ‘Far from the Madding Crowd is arguably his masterpiece, concerning the travails of a shepherd, his search for love and the rural community surrounding him.

The Wind in the Willows
The anthropomorphised animals in ‘The Wind in the Willows’ allow Kenneth Grahame to explore his love of pastoral England. Ratty, Mole, Badger and Toad undertake adventures in the bucolic setting of the Thames Valley in the heart of England, whose winding rivers and green fields are just as vivid characters as the animals that live within them. Why not listen to it in audio book format, to immerse yourself into this quintessentially British story.

Great Expectations
No list of quintessential English novels would be complete without Charles Dickens. His ability to craft believable characters and evoke different parts of England during a time of great change in the nineteenth century (when the industrial revolution happened, for example) is without equal. One could choose any of his novels for this list, but ‘Great Expectations’ contains some of his most memorable creations − the orphan Pip, the spinster Miss Havisham and the frightening Abel Magwitch.

Brideshead Revisited
A novel that explores university life, the English country house, and military service, ‘Brideshead Revisited is Evelyn Waugh’s homage to the notion of English nobility. It also dramatizes the central character’s struggle with religious faith, a common concern in the years after the Second World War when the book was published.

London Fields
‘London Fields’ is Martin Amis’s scabrous blackly comic tale of madness, murder and darts in among the tangle of the capital’s streets. A thoroughly urban novel that is one of the best at detailing the rush of city life.

The Remains of the Day
Kazuo Ishiguro’s spare, restrained style perfectly matches the subject matter of a quintessentially English butler and his repressed passion for the housekeeper with whom he serves the master of the house. Told in the form of a diary, it evokes the cloistered world of upper class England before the Second World War.

White Teeth
Zadie Smith’s debut, published when the author was just twenty-three years old, depicts modern England, in this case London, in all its multicultural glory. The novel intertwines the stories of two families over successive generations, one of middle class English heritage, one of a Bangladeshi immigrant, showing how multiculturalism adds to the texture of English society. It’s also very funny.

Fun Facts about Cruising in a Motor Home!
European luxury for less, courtesy of Corinthia Hotels
Best Bars for Dancing in London!