The final leg of my two week travel to Eastern Europe culminated in Sofia, Bulgaria.  I took the bus from Plovdiv which took about two hours and offered some pretty nice scenery.  Bulgarians have the most owned property per capita in the world, and much of it is not developed, ensuring that much of the landscape is untainted by human influence.  In complete contrast to the tranquil countryside is Sofia, a crumbling soviet era capital city that isn’t easy on the eyes, but offers a certain grime and grittiness that is somehow endearing.

Sofia is a shithole that will win you over

The city center is actually rather small and the architecture in Sofia is definitely nothing spectacular.  The majority of the buildings are falling apart, but nobody seems to mind.   Navigation is pretty hard while walking around as the majority of street signs are solely in Cyrillic, and for some reason, are located halfway down the block and not on the corners, but, ask any local, and they will be happy to help you get around, if they speak English that is.  For the most part, they are very friendly towards tourists, and I really didn’t feel unsafe even once in Sofia, even when stumbling home after drinking Rakia (a grape based death alcohol) with the locals through dimly lit and deserted streets.

There are a few cool sites to see in the city center like the old mineral bath, some cool museums and ancient churches from the Byzantine er.  Sofia actually has many mineral fountains all over the city that you can fill a water bottle up at for free, or as the locals do, multiple five gallon jugs to take home.  Supposedly the water has healing powers, is good for digestion yada yada, heard it all before, but it actually tasted pretty good. 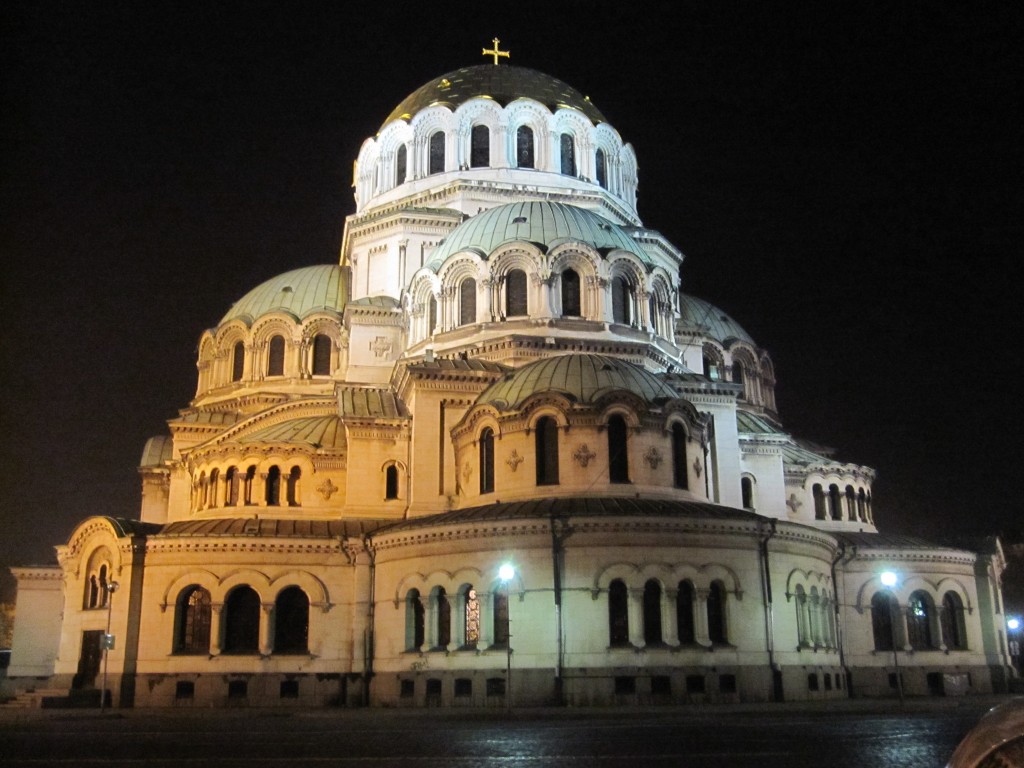 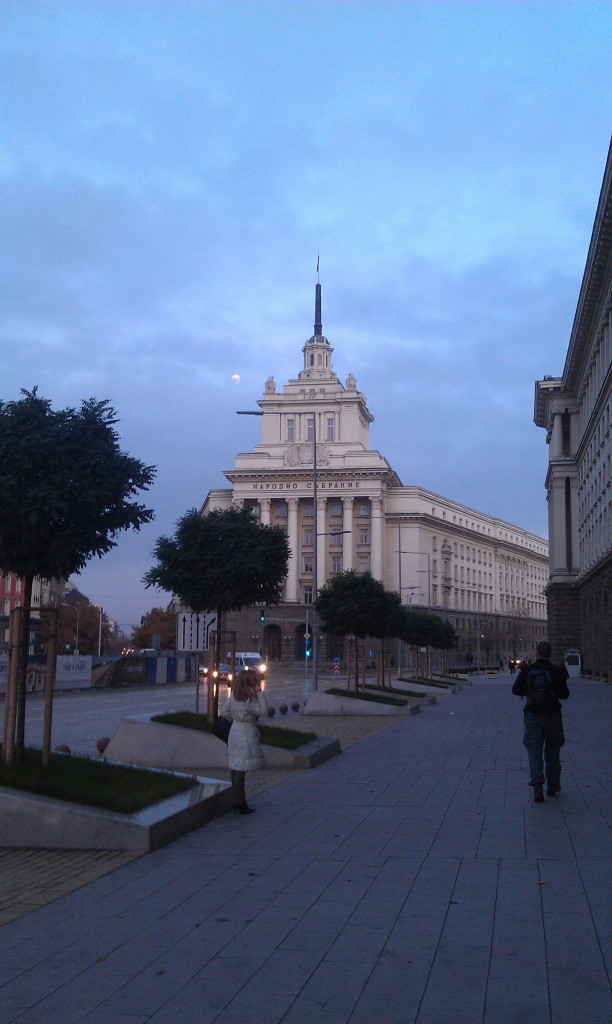 (One of the nicest buildings in Sofia, Bulgaria)

Sofia sports some of the sexiest women I’ve ever seen

On my arrival into the city on a grey and cold afternoon, I was thinking to myself, now I know why my family left this place.  But after spending just a few hours in the city, I began to change my perception of Sofia.  What makes Sofia an enjoyable place to visit are the people.  They love foreigners, and when I tell them where I currently live, I never failed to get a “Miiiiyammmiiii, woooof!

Another reason Sofia is awesome is because of the women, sexy eastern European women that seem to navigate the pitted and crater-ridden sidewalks in high heels with the ease and grace of a Greek Goddess.  The sheer average of good looking girls is inspiring, and the best part is, they love Americans…Winning!  Maybe it’s the prospect of a green card, the opportunity to practice English, or that us golden street-strutting American young males just exude some sort of exotic sexiness indescribable by words, irresistible to resist (doubt that one), regardless,  it’s good to be the king! 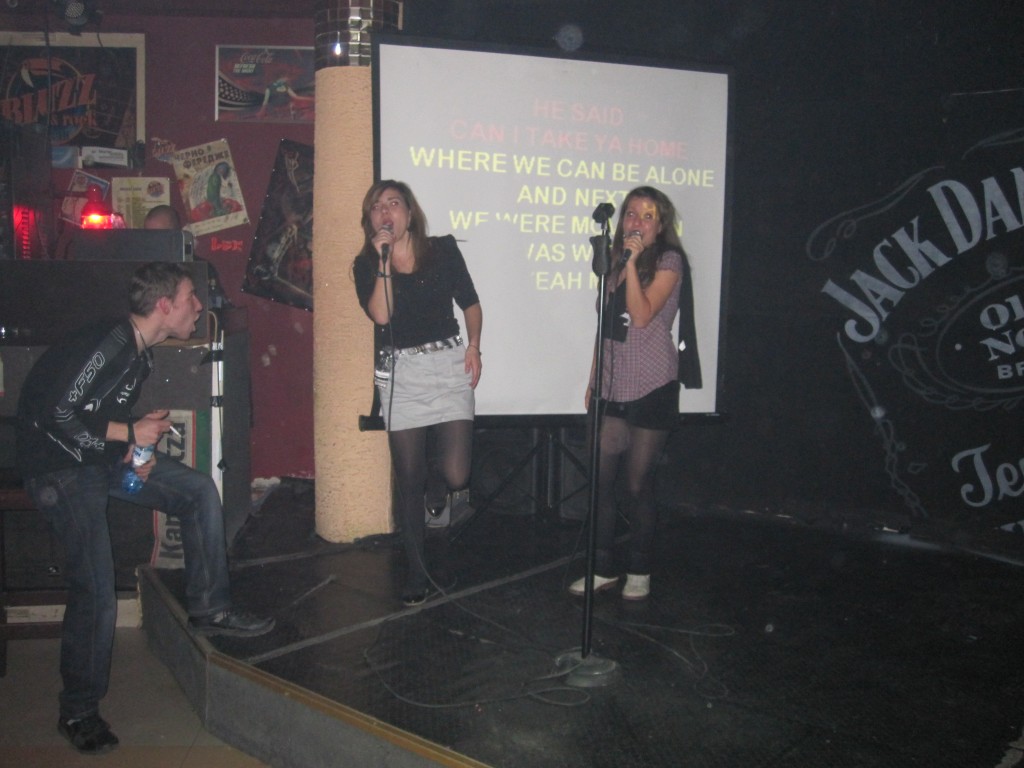 One of the highlights of my time in Sofia was reconnecting with an old childhood friend of mine named Josh that grew up just a couple streets away from me in Philadelphia.  Josh has been living in Sofia for the past 4 years, and not many people have heard much from him since he left, so I thought it would be interesting to see how the hell he ended up in Sofia, and why he’s still there.

After visiting Bulgaria while studying abroad in Germany, Josh met a local girl that did him in.  The next thing he knew he was traveling back and forth from Deutschland to Bulgaria, and within a couple months, he was living there.  At first, he had to teach English to get by, but consumed by an entrepreneurial spirit and the realization of many market gaps, he decided that he could probably leverage his western upbringing in the eastern bloc.  A couple years later, he is a partner in a successful web development company with numerous employees and an office right outside the city center.  He said it took him countless times of being screwed over by corrupt Bulgarian business owners to finally figure out how things “work” in Bulgaria, and he now sees the importance of contracts and legal aide.  Bulgarian business isn’t usually synonymous with business ethics (ask my great grandfather), but hey, maybe he can establish the first Bulgarian BBB…maybe not. 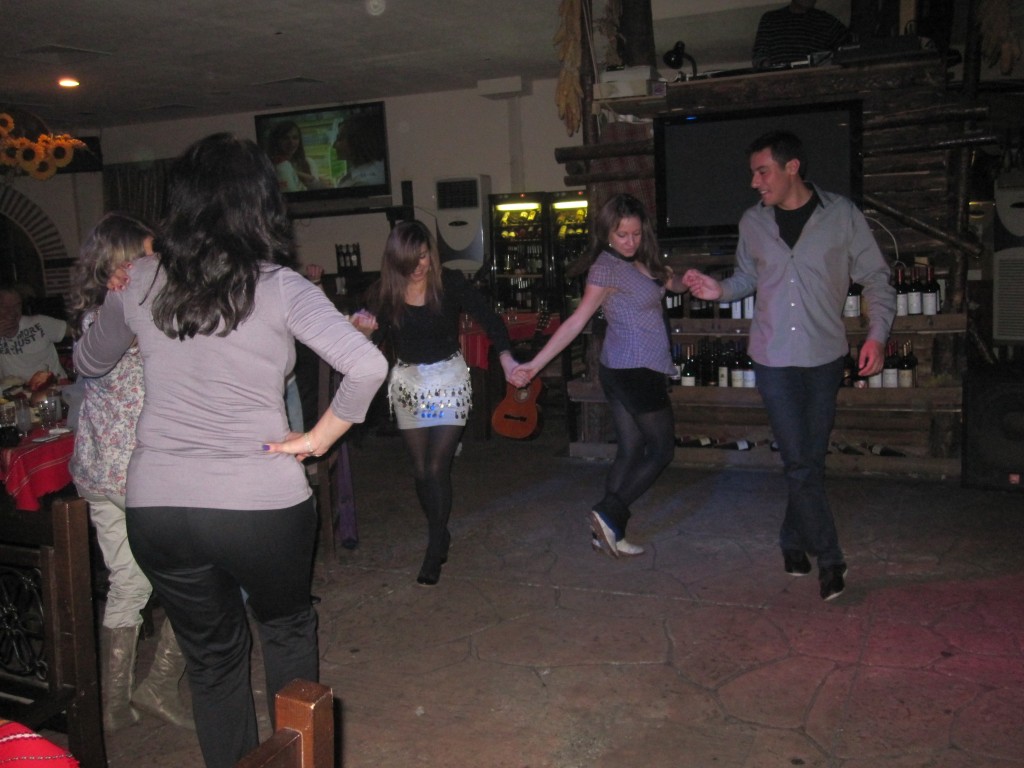 Click here to see more photos from my time in Sofia.

Has anyone else been to Sofia?  What were your perceptions?

Taking The Train Through the Eastern Bloc
Getting it Krackin' in Krakow!
Vacationing in Crappy Economies!