At this peak in the south of Russia, mountain tours are very popular. Hundreds of people climb here every day: tourists for the breathtaking views, pilgrims for healing, and wishful thinkers.

Among the four-thousand peaks of Dagestan, Shalbuzdag is probably the most popular. In the peak season, which is July and August, one of the mountain slopes resembles an anthill. Most of these people are pilgrims. They believe that by climbing the mountain, wishes will come true. Some believers believe that seven ascents equate to a pilgrimage to Mecca.

The Road to the Mountains

There is a steep ascent from Makhachkala to the village of Miskindzh. The road follows the Caspian Sea through ancient Derbent vineyards and other charms of southern Dagestan. It then reaches the river Samur and then a picturesque river valley along the border with Azerbaijan.

From Miskindzh to the “Erenlar” sanctuary only off-road vehicles can pass, although the hot guys manage to soar up in Priora. Optimal transport – Russian UAZiki, which local carriers have in abundance.

Tomb of the Righteous

The sanctuary is a small modern building, and inside it, there is the tomb of Suleiman the Righteous. According to legend, they wanted to bury him at the foot of the mountain. However, a flock of pigeons flew in and moved the body exactly where it belonged. This is where he was buried.

From the sanctuary to the so-called base camp is a 20-30 minute hike. There are two capital buildings in the camp:

Pilgrims bring food with them as alms. Everyone treats everyone. Volunteer cooks are on duty in the canteen during the whole season, taking care of all the guests, not dividing them into pilgrims and tourists. 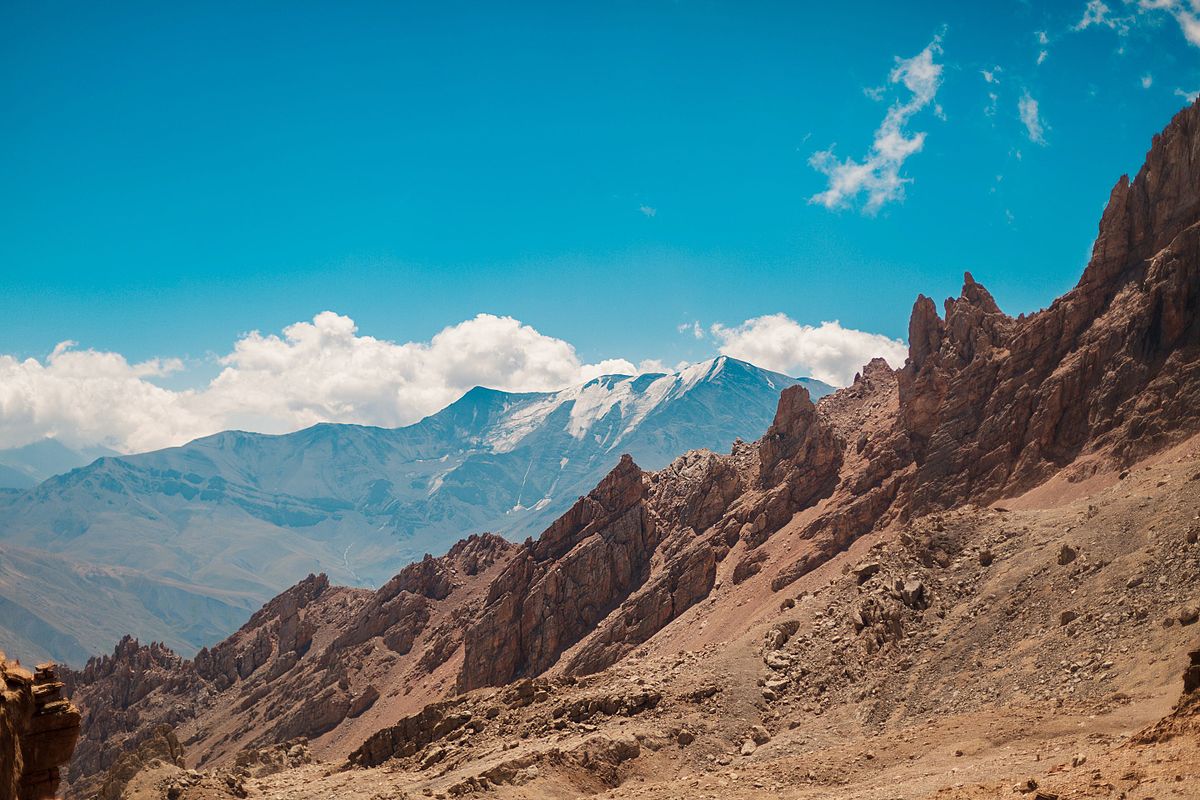 The camp is at an altitude of about 2.5 thousand meters above sea level – it’s the place where, in mountaineer’s terms, the storm begins. It is desirable to come here in the evening. So you have time to admire the fantastic sunset, have a hearty dinner, look at the stars and, if possible, go to sleep. The mosque, which is also a bedroom, is divided by a partition into the male and female halves. There are carpets on the floor, and along the walls, there are mattresses, blankets, and pillows.

A few of the most experienced people go out for an assault around three in the morning to catch the sunrise on the trail. It’s a mesmerizing sight. By 7-9 am (depending on the speed of ascent) pilgrims reach the source Zem-Zem – so it was named by analogy with the famous well in Mecca. Water covered in a thin crust of ice that almost never melts even in the daytime is considered sacred and is believed to cure a variety of ailments. Most pilgrims fill up the water in the containers they bring with them and take it home. At the bottom of the reservoir glisten coins.

From the spring to the end of the trail – another hour among the rocks. Landscapes of unearthly beauty resemble those of Mars. About halfway from the spring to the summit, people stop at a rock with a hollow the size of a papa. Stones are thrown into the hole: anyone who succeeds in throwing a stone into the hole three times without it rolling back waits for the prize – the fulfillment of desires.

Closer to the finish line, right by the trail, there is a narrow gap in the rock. The locals call it a sinewater. Whoever walks through the crevice and manages to get to the top is considered sinless. The other person will not be let through. The sins of those who reach this place are likely to be washed away by nature: there were no skeletons inside. From the cleft to the end of the trail takes another kilometer. Almost along the entire route one encounters roadside stones, hastily stacked on top of each other, strips of cloth tied to anything, and strange installations – scraps of earth encased in a chain of stones the size of a human body.

At the end of the road, the pilgrims are in for a more serious “sinstorm”. Only those who love extreme cleansing of the soul ascend a ten-meter vertical hole, there is no other word for it. The goal is reached. The height is 3800 meters. After a short rest, you can descend to the camp, where pilgrims and tourists will eat lunch and receive a goodbye bag with snacks.