If you’re like me, then going to the airport is both an enjoyable and miserable experience. 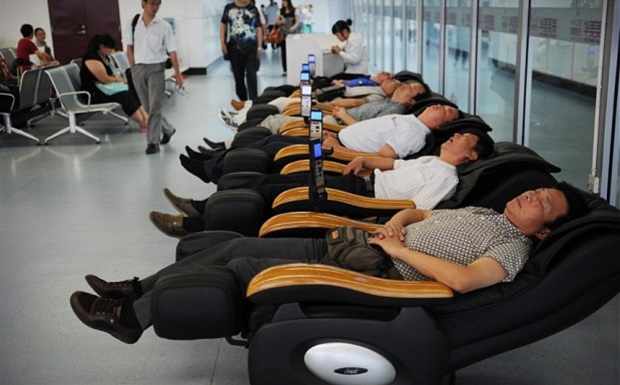 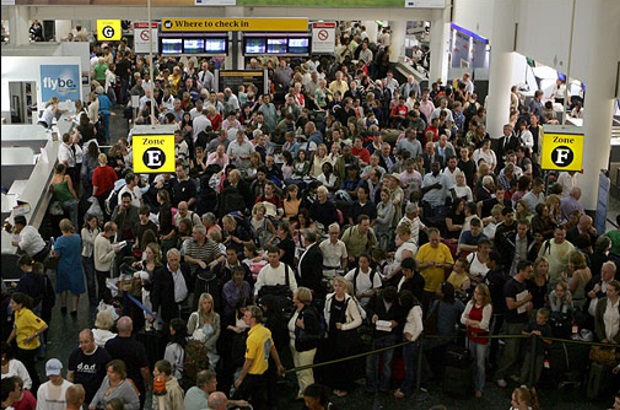 For me, being in the airport is mostly enjoyable. The long anticipation of going somewhere is almost over as you will be boarding a plane to XYZ in a matter of minutes, you can pick up your favorite magazine to peruse at the book shop and you can indulge in an overpriced unhealthy snack because, “screw it I’m traveling, I can eat whatever I want for the few hours!”…

One of my favorite things to do at the airport is people watch and make presumptuous fantastical deductions about their lives, love interests and how they ended up at this very time and moment. “Oh, is that what people from Uruguay look like?” you think as you amble past D 23 with a flight to Montevideo. “Will the cute girl I saw at my gate be sitting next to me on the plane? Was she looking at me?” you pine. While the aforementioned things mentioned  above might be enjoyable, here are some things I dread about the airport.

Ever since 9-11, and I guess rightfully so, going to any American airport can be a real pain in the A. In recent years, thank god,  the ubiquitous use of the automated kiosk has eliminated the “requirement” of speaking to a a check-in attendant. Even if you have to check a bag, you can do so  via computerized kiosk and then just drop it off at a checkpoint and be on your merry way with minimal human interaction. But one thing that seems to never get better is, security.

My home airport now is Miami International Airport or, MIA. Being the 23rd busiest airport in the world means at any given time, there can be huge log jams in the security line for no good reason, especially in terminal D (American)., and we’re talking 30 min to 1 hr always, which makes planning when you’re going to arrive the airport with minimal downtime almost futile.

Blame it on the body scanners, the underpaid TSA workers with a chip on the shoulder, or the fact that you must pull off your belt, shoes, sweatshirt and of course dignity as you hobble through the checkpoint holding your pants up with one hand, and covering your anus with the other in the probable chance they try and probe you on your way through. I’m also extremely slow at getting sorted again as once I’m through security, I slowly dress, tie my shoes, and of course, ALWAYS forget something, which has included my laptop on numerous occasions.

Anyways, this post was really meant to share a couple MIA hacks that I’ve discovered over the past 8 years and I’m only ready to share them with the world as I’ll be moving from the “The Magic City” sooner than not, so enjoy!

1. Park at the Sheraton Miami Airport

Firstly, if you’re on vacation in Miami, then I suggest you two cheap and easy ways of getting to the airport. If you’re staying on South Beach, then take the 150 bus, known as the Airport Flyer. It only costs $2.65 and goes directly from south beach to the airport and takes about 25-30 minutes. Here’s the schedule. If you’re coming from downtown or Brickell, hop on the Metro which will take you directly to the airport for only $2.25. Just make sure you take the Orange Line as the Green Line doesn’t go to the airport.


Back to parking. You have multiple options to park at the airport, but there is no economy option offered by the actual airport (plenty of private company options). The best one I’ve discovered is parking at the Sheraton Miami Airport which is literally across the street and has shuttles every 10-15 minutes. Traffic is never an issue because there is a total of 1 stoplight that you even have to go through between the hotel and the airport. Rates range from $6-$10 a day depending how long you’re parking.

2. If your flight is in Terminal D or E, then go through security at the 1st E Checkpoint (90% of flights)

This is my best Miami International Airport hack! My pure hate for waiting in lines and aimless wandering helped me discover this one. If you see the the terminal map below, Terminal D is gargantuan compared to Terminal E. While Terminal D has multiple security checkpoints, they are always crowded where as Terminal E has much less flights and the secret to the puzzle, an annex hallway that leads back to Terminal D around gate D 30.

If you’re leaving from gates D1-D10 then you’re better off just checking in at the first Terminal D security checkpoint as it will take you 15 minutes just to get to your gate from the annex. But if you’re anywhere else in Terminal D, this will save you a lot of time and at least keep you moving instead of standing in a hot, smelly line.

The Terminal E checkpoint is directly across from the entrance to the airport hotel. 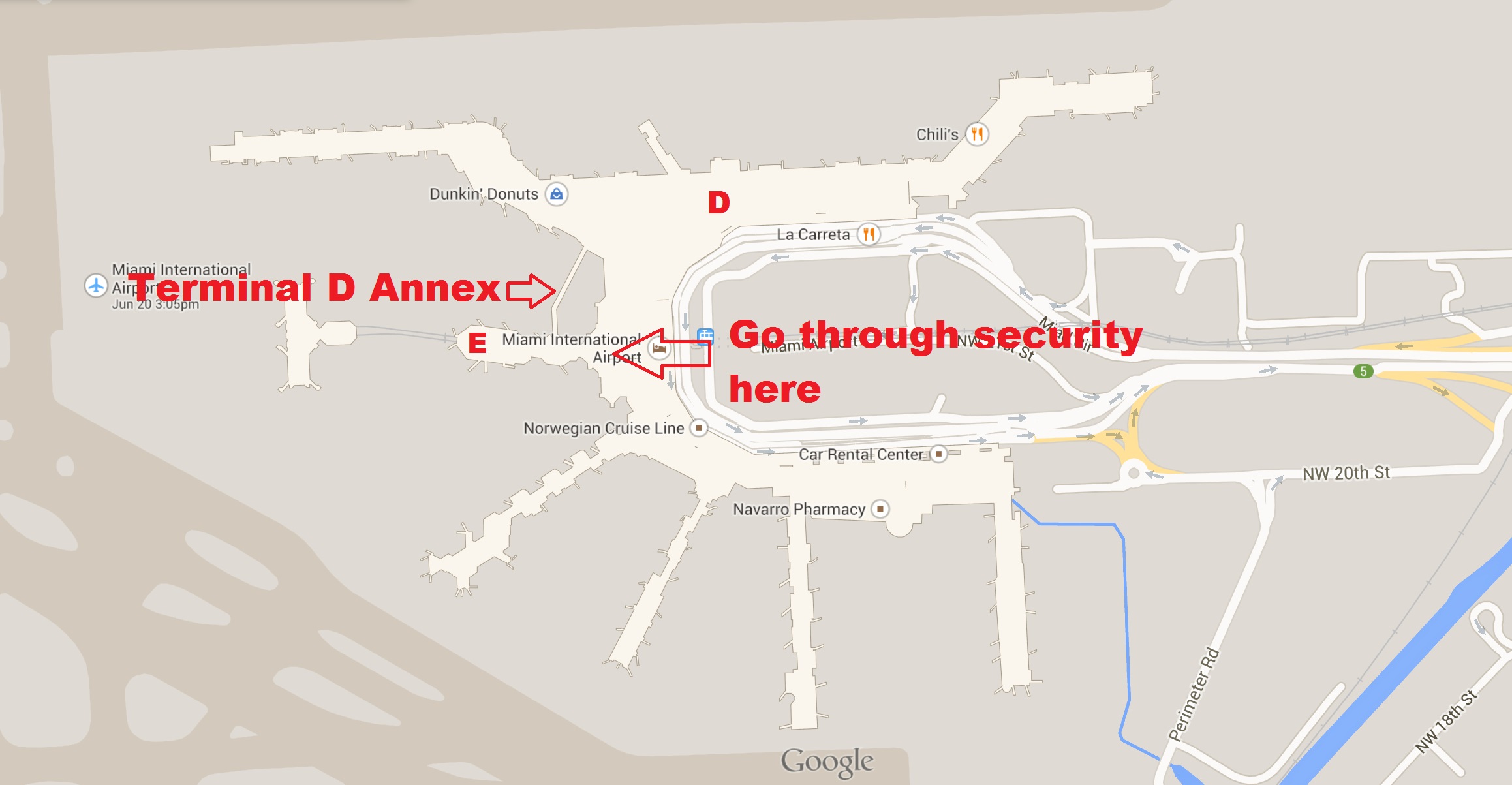 There you have it, how I stay stress-free at MIA airport with plenty of extra time to meander around with a smile on my face!

Do you have any other Miami International Aiport Hacks or Airport Hacks in general? Share them below in the comments!

Wynwood and Art Walk
How To Fly Cheaper!
5 Ways Your Life is Telling You it's Time to Travel!