Madrid is a city located in the center of Spain, known for its many historical landmarks. There are ancient markets, crowded tapas bars, a selection of museums and a variety of parks that make exploring Madrid one of the most interesting and fulfilling trips you could take. 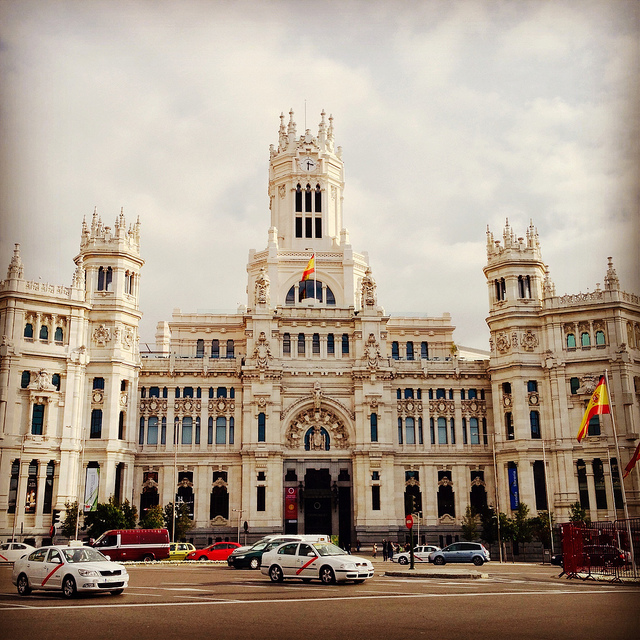 The city of Madrid is known for its art museums. For more traditional art, including Velazquez’s famous Las Meninas painting, visitors can spend an afternoon in the Prado Museum. A short walk away is the Reina Sofia Museum, filled with art by Miró, many sculptures and its main attraction, Picasso’s Guernica. The nearby Thyssen Bornemisza Museum is one of the largest private art collections to date. The area where the museums are located is called the Golden Triangle of Museums, and some of the city’s grand hotels, including the Palace, are located nearby.

There are many other museums in the city. The Naval museum, filled with maritime collections, is located in the city center. The National Archaeological Museum is located near the Plaza de Colón, a square with the statue of Columbus in the center. Another historical museum is the Costume Museum, where visitors will be able to see a collection of clothes worn by royalty. The city’s Circle of Fine Arts is located close to the Prado. This cultural center has many galleries, and temporary exhibitions are organized in this center. The café is located on one of the top floors and has floor to ceiling windows with views towards the city center.

Visit one of the many parks in the city.

The city’s famous Retiro Park is a large park between the Paseo del Prado boulevard and the Alcala Gate. The park used to be the city’s royal gardens. There is a pond in the center of the park where visitors can rent boats. There are other parks in the city, including the Madrid Rio park, a green area with bike paths on the banks of the Manzanares river. West of the city center and connected to the city by conventional transport and a cable car stands the Casa de Campo park. The park is filled with bike paths, jogging paths and many sports areas. The Parque de Atracciones theme park can be found in one corner of the park, next to the city zoo. The theme park has many carousels, roller coasters and water attractions. The zoo has a reptile area and its own aquarium.

Enjoy the city’s nightlife and its tapas bars.

The city is famous for its food and its nightlife, two areas that are related in Madrid and all of Spain for that matter. There are many tapas bars in and around the city center, ranging from chains of tapas bars to traditional bars filled with locals. The main tapas chains are the Cien Montaditos and La Sureña, which can be found in most of the city’s districts. The La Latina neighbourhood, which is located south of the city center, has many tapas bars where visitors can enjoy a variety of beers, tapas and wines. Some of those bars specialize in pintxos, a variety of appetizers on a skewer that can be found in the north of the country, and others offer traditional Andalusian dishes. Some of the most typical appetizers include tortilla de patata potato omelet with onion, pimientos de padrón spicy peppers, chorizo ham served in clay plates and a variety of local cheeses, jamón hams and patés. After a filling tapas dinner which usually involves a drink in a tapa in one bar before heading to another bar for another drink and another tapa, visitors can join the locals for a night of partying until dawn. The nearby Barrio de las Letras and its main street, Huertas, are filled with bars, clubs, discos and karaoke bars. The Malasaña district is on the other side of the city center and has many bars, lounges and ethnic restaurants.

Those who enjoy shopping will be able to explore the city’s shopping scene. The main street, Gran Vía, is filled with shops of local and international brands. The perpendicular Fuencarral street has more independent designer stores. Those interested in boutiques can explore the streets near Serrano, which have many famous brands next to chic cafés with terraces. There are outlets and larger shopping malls outside of the city center, one of the most popular outlets being Las Rozas. In the city center there are several souvenir shops. Football fans can visit the Real Madrid Football Club’s official shop, which is located next to the Santiago Bernabeu stadium north of the city center.