While the name might seem rather unassuming, Bar Marsella is one of the coolest bar’s I’ve ever been to. Not because they have wet t-shirt contests, rock bottom prices, or just awesome music, but because of something very special that they serve, absinthe.

I studied abroad in Barcelona and my apartment was located right next to a neighborhood called El Reval. It is an area just west of La Rambla and is known for it’s more ethnic, North African inhabitants. I’d be comfortable to say that there are parts you don’t want to wander off into at night, but the center is perfectly fine and sports some of the best bars in the city. One such drinking hole is Bar Marsella, which opened in 1820 and has really not changed at all, seriously.

The walls are dusty with old pictures, cobwebs and bottles that haven’t moved for almost 200 years. Picasso, Dali, Hemingway and Gaudi were said to hang out there when they were looking for a little inspiration, or maybe just to get F’d up!

Being a young, dumb and rather impressionable young chap, when I heard that Bar Marsella served absinthe, I told all of my friends that we should go, and it didn’t take much coaxing.

When you walk into the bar, and on any given night, it is usually pretty crowded. At first glance, everthing seems pretty normal, but if you check out what people are holding, you won’t see beers, but small glasses with a peculiar green liquid.

Absinthe was actually invented in Switzerland but became extremely popular in France in the 18th and 19th century until it was banned. The reason? People were hallucinating from drinking the highly alcoholic, anise flavored spirit that contained an ingredient called wormwood, which in certain cases, contained a toxic chemical that made people see the “green fairy”.

Needless to say, you won’t be seeing any sprites or imps at Bar Marsella, but you will get toasted if you have more than a glass or two of the drink on hand as it’s is basically like drinking rubbing alcohol. The way you drink it is rather unique as well. The bartender will pour you a glass of absinthe from a tap, you then put a fork like utensil across the top of the glass with a sugar cube on top. The barkeep will then hand you a small bottle of water with a hole poked in the top that you are then supposed to spray the sugar cube with until it disolves into the drink along with the water to help dilute and sweeten it. Personally, I think it tastes like crap, but some people like it. 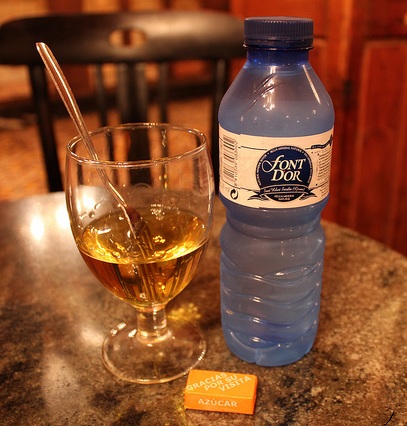 Like I mentioned before, it hits very strong, and if you’re not careful, you could ending up stumbling around the streets of El Reval and end up looking pretty inviting for a pickpocket, so have your Barcelona Hotel lined up before near by!

Bar Marsella is located at: 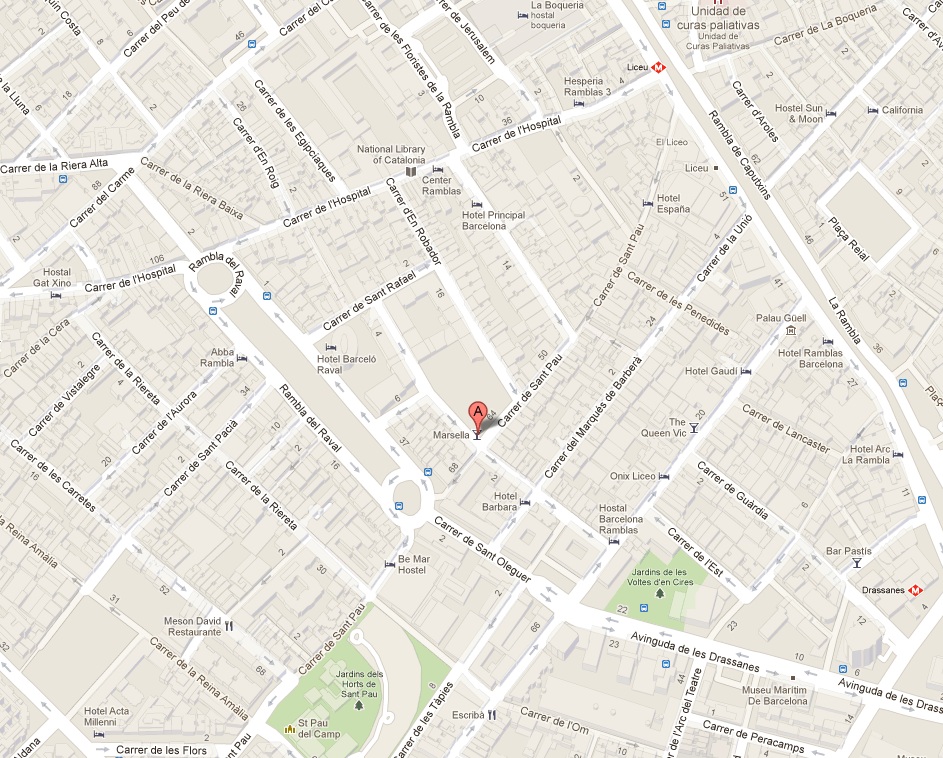 Melting Clocks and More Boobs than I Saw in 8th Grade
Going HAM in Hamburg!
How to Choose a Study Abroad Program