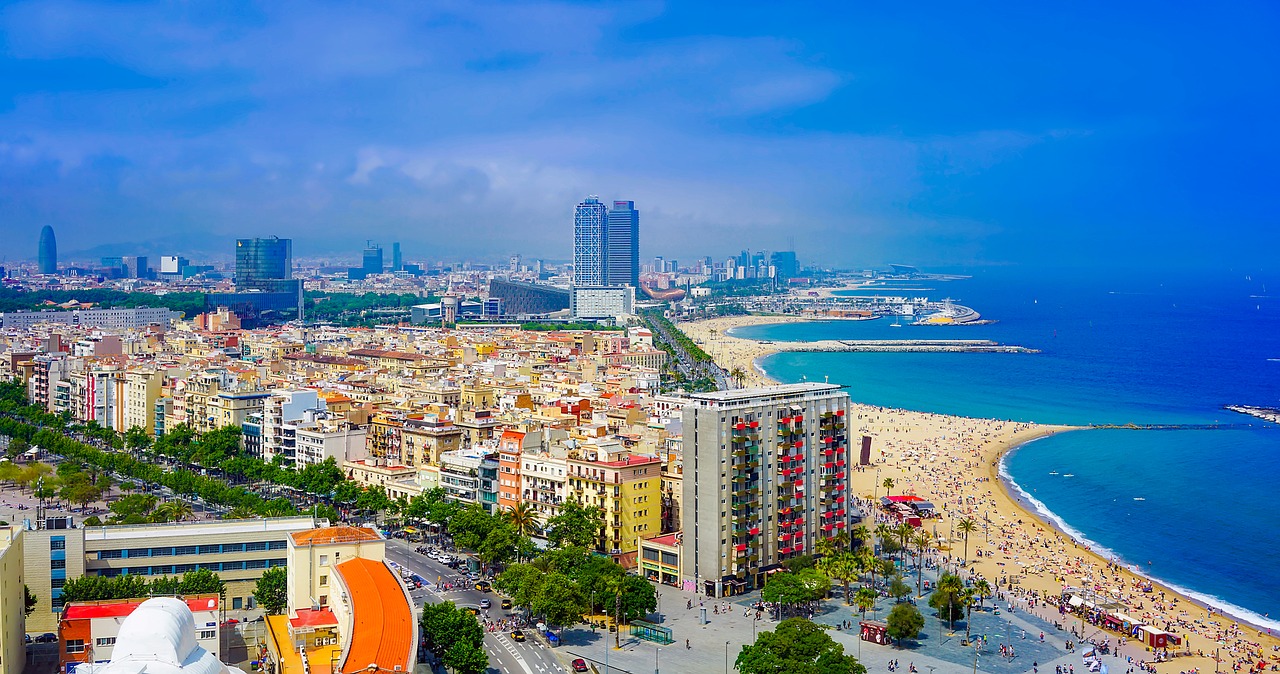 Of all the cities in Europe, few have the mystique Barcelona does. With immensely stylish buildings, gorgeous beaches, and locals who live life to the fullest, it’s not hard to see why this place draws so many visitors annually.

If you want to tour Barcelona under your own power instead of being led around by a group tour, making use of a city bike rental Barcelona is a great way to accomplish this.

Not only will you be able to travel around the city at your own pace, but you’ll be able to do so without tiring yourself out too much. Just look for a Donkey Bike, which is accessible through their app – download it by heading over to www.donkey.bike.

Keeping this in mind, it’s best to start your explorations of Barcelona from the more elevated portions of this city, as it is possible to use transit to transport your ride back to the rental location if climbing hills isn’t your idea of fun.

With this in mind, we will detail a sample itinerary below which will enable you to see many of the attractions that make Barcelona such a dynamic city.

Designed by architect Antoni Gaudi as a luxury housing development situated within the serenity of nature, Park Guell eventually gave itself over to the latter.

While the original intent of this project was met with failure, the unique design of the two homes that were completed (they ended up housing Guell’s and Gaudi’s families) and the creative terraces, mosaics, and benches compliment the natural flora of the park in a way that makes it unlike any urban park you’ve ever visited.

Be sure to drop by the Gaudi House Museum on the way out, which boasts a collection of furniture and other objects designed by the famed artist during his 20-year tenure there.

A short pedal away from Park Guell, the Sagrada Familia represents Antoni Gaudi’s biggest legacy to the world.

While this massive cathedral is still incomplete after 135 years of construction, its most crucial aspects were constructed under his watch.

Even in a 21st-century world, construction crews have adhered faithfully to the late Modernist’s ambitious blueprint, even if it has meant the continual pushback of the completion date.

This means your tour will be conducted as sculptors, stonemasons, and other builders continue their slowly but surely to finish this masterpiece, now scheduled to be done in 2026, on the centenary of Gaudi’s passing.

Highlights not to miss include the Nativity Facade, the interior columns within the nave, as well as low-key details such as the tortoises carved into the base of some of the pillars, and the alpha/omega relief found at the entrance of the church.

Looking to experience some of Barcelona’s best urban delights? Head down to the Gothic Quarter, which contains a number of amazing restaurants, tapas bars, and boutiques.

Those looking for tourist sights won’t be disappointed either, as the remains of the Temple of Augustus, which dates from the days of the Roman Empire, as well as numerous museums and churches, can be found within this central neighborhood.

By now, you are probably sweaty, as the summer heat in Spain can be relentless, even if you are biking downhill like we’ve suggested.

Reward yourself by spending a few hours relaxing on the sands of Playa Marbella. As one of Barcelona’s most glamorous beaches, you’ll find most of this city’s young and beautiful inhabitants reclining on this stretch of seacoast on weekends and holidays.

Those who wish to go au naturel will have the option to do so, as there is a designated section of this beach which is reserved for naturalists.