Being that I live in Miami, it is actually easier and often cheaper to travel to Latin America than back home to Philadelphia (and why the hell would I want to go back there in February?). So after a fun 4 day trip to Costa Rica with my friend, we decided to take another short sojourn, this time to the land of Culo….mbia…I mean Colombia.

I have actually been to Colombia twice before, once to Medellin (where we opted to go this time) and once to Bogota for work (Medellin is way better).

Believe it or not, the flight is just over 3 hours from Fort Lauderdale on Spirit airlines and it cost me less than $300 round trip on the exact dates I wanted. Yea I forgave my right to recline, paid $35 each way for my carry-on, 3 dollars for a water (isn’t it illegal to not give water on an international flight?!). But, there were no issues or delays, and after leaving Thursday at 10:30 AM, I was walking off the plane into the pleasant climate of Medellin by 2 PM (same timezone), which is known as the, “city of eternal spring time”.

The airport is actually pretty far from the city, about 40 minutes by taxi, but the ride is beautiful through verdant green rolling hills. Medellin is located in a valley so as you come down from the airport, you actually drive into it from above which is a pretty cool sight. 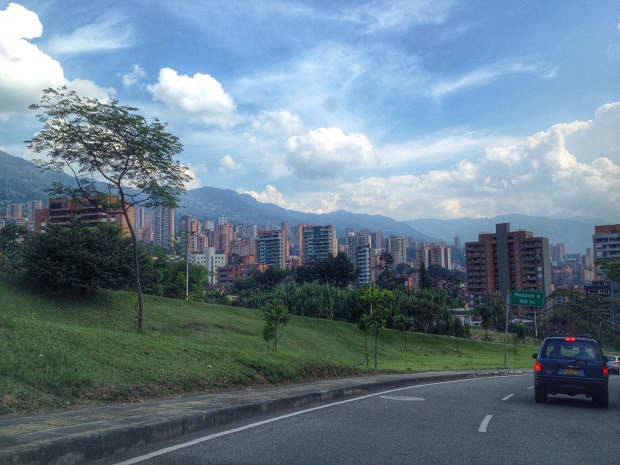 We opted to stay in the Poblado neighborhood which is arguably the nicest (i.e. most westernized and safe). In retrospect, I probably would have stayed in the neighborhood of Laurales which is close to Poblado and still very nice, but less touristy.

Anyways, we stayed at Hotel Le Parc which is right in the mix of Parque Lleras, where the majority of restaurants, bars and clubs are. Medellin is actually very cheap, and our hotel full-price would run about $85 a night for very big and nice rooms. Only issue is the hotel is still under construction so there was a bit of noise after 10:30 AM and on the weekend when the bars and clubs are bumping reggaeton and salsa music until 4 AM (i.e. if you’re over 45, don’t stay in Parque Lleras). 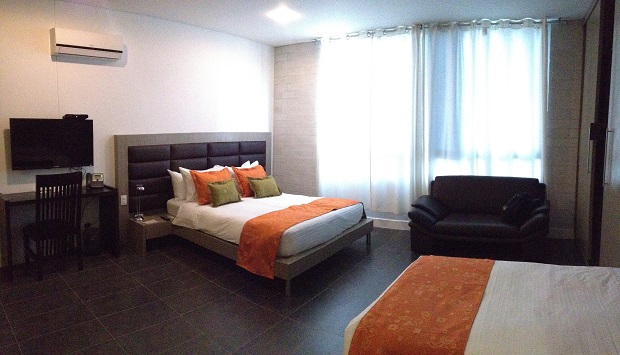 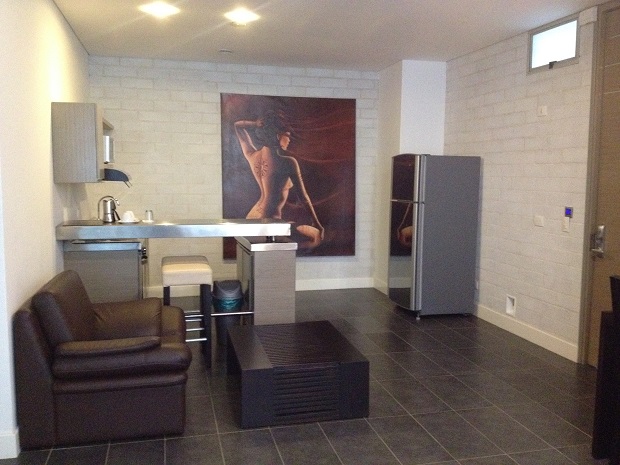 Our first night, we hit up a club called Babylon (literally around the corner from us) which is popular with both travelers (too many pasty white guys for my liking) and Colombians as you basically just pay $12 and have open bar until 1:30 AM. I had a good time though.

The next day (Friday) we slowly made our way out of bed and decided to check out downtown to see Parque Botero, where the famous Colombian sculptor has some of his most famous works on display for the public. We took the metro which is super cheap and heads right into downtown. Both my friend and I’s first impression of downtown was that it was actually pretty clean, but there was a ridiculous amount of people just hanging out (i.e. not working). 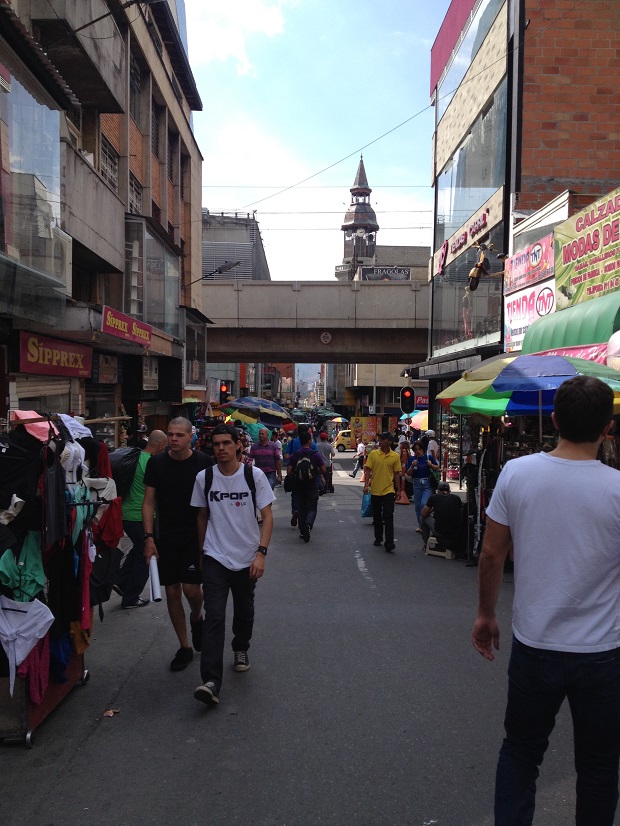 Everybody is super friendly though, happy to help point you in the direction you’re looking to go, smile, etc. We walked around until we finally found Parque Botero. 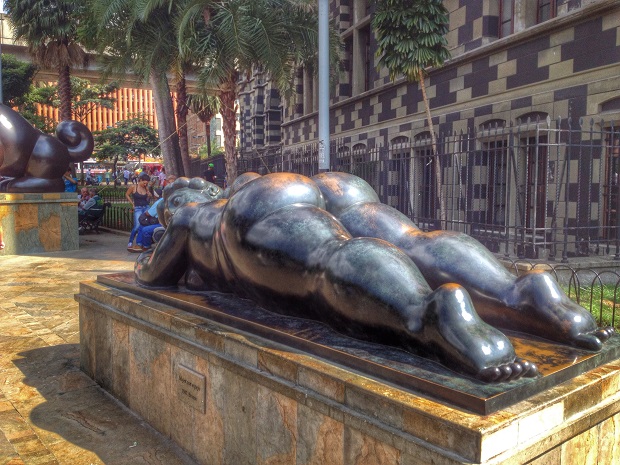 I actually love Botero’s work, especially its satirical nature. he definitely plays upon most Colombians’ obsession with their looks. Speaking of vanity, I also discovered an interesting article of clothing advertised everywhere which apparently helps women (and men) obtain the perfect form. The Faja…..see below: 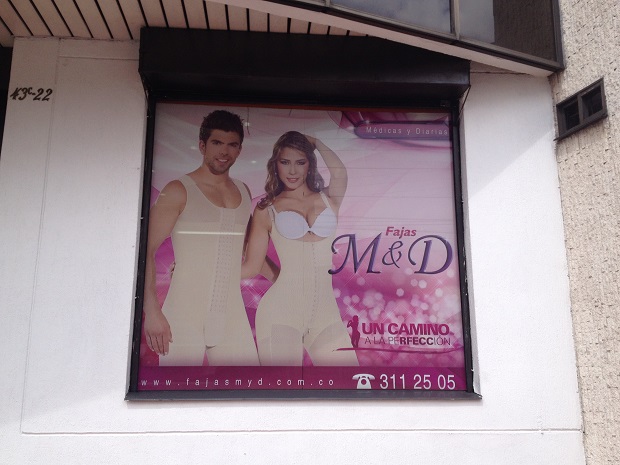 After hanging out in downtown for a bit, we headed back to Poblado to eat at a place called Mondongos. Mondongo is actually a Colombian soup made with cow stomach (F that), but Mondongos the restaurant has well priced, good food that we actually enjoyed on a couple occasions. The fruit and vegetables in Medellin (and Colombia in whole) are extremely fresh and ripe and definitely worth enjoying. There are plenty of vendors selling fresh mango slices and other various exotic fruits for pennies right in the street (the water is safe to drink as well).

We headed out that night in Parque Lleras again and talked to a lot of people at all of the bars and clubs who were super friendly and welcoming.

Our final day we headed to the Laurales neighborhood to have lunch with my friend Diana who I actually met my first time in Medellin. She’s a sweet heart and she met us for lunch at a great authentic Italian Restaurant called Crispino right next to the Bolivar university. 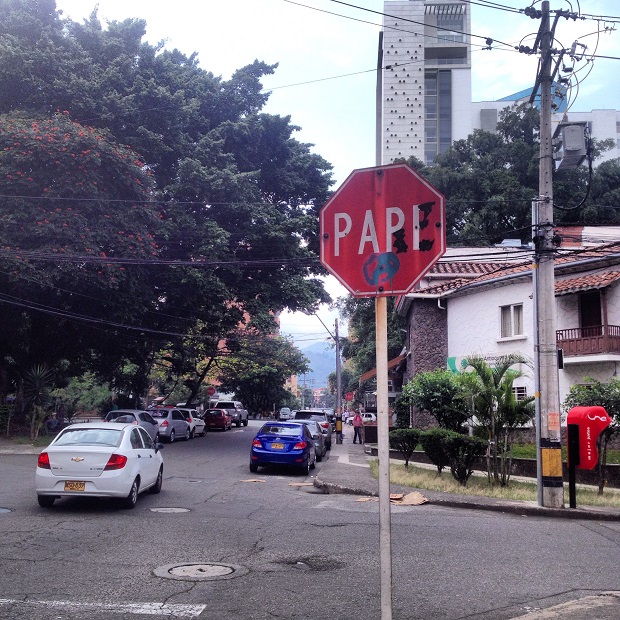 Laureles is really a nice area with green canopied streets, modern and a bit older, but well kept apartment buildings/houses as well as a multitude of great restaurants and bars (I could definitely spend a few months there). Diana has a house there where she lives with her two sisters and her abuela who was a sweet heart too.

On our last day in Medellin, we basically just hung out, but I was recommended a great coffee shop in Poblado called Pergamino Cafe by Diana’s boyfriend. They had fantastic and locally grown coffee, pastries, cakes, and awesome Wi-Fi….A blogger’s  winning trifecta! 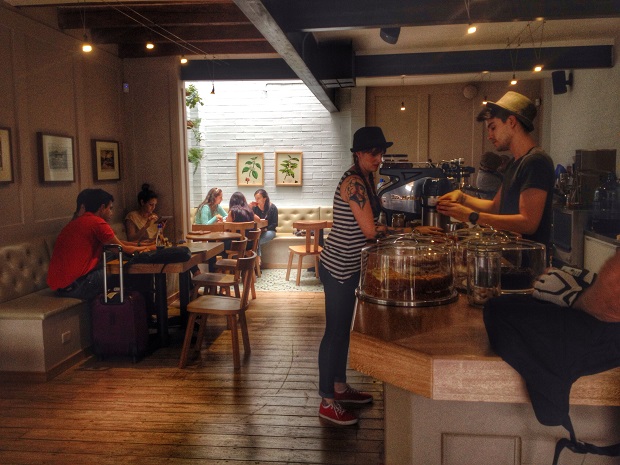 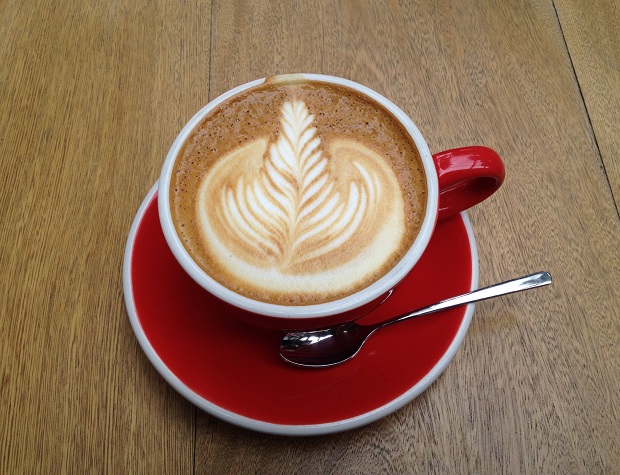 While I basically didn’t do crap except eat, drink and be merry on my short Medellin getaway, it was a great time. I could definitely see myself spending an extended period of time there so who knows, maybe my 3rd time to Medellin will be the charm that keeps me there forever!

Have you ever been to Medellin, what did you think?

Tuck In to Australian Bush Tucker in Sydney
A Cyclist's Guide to Ibiza
Sheffield, England - A Great Day Out!