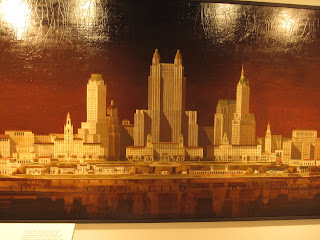 Painting of all the Shultze and Weaver completed buildings, thought it was cool they did the Biltmore (lower left) as well as the Waldorf. 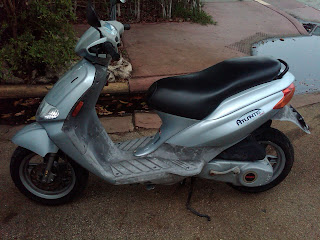 So it has been 3 weeks since my fateful return to South Florida after a brief hiatus in Philadelphia. I already feel like I’ve been here for much longer, but I’m really enjoying life on South Beach. This small community is a microcosm of…nothing, and day-to-day life is really different than what most people think of when you tell them you are living on SoBe. The glitz and glam is pretty much localized on Washington, Collins, and Ocean avenues. The rest of the island (yes South Beach is part of Miami Beach which is an island!) is a melting pot of migrant restaurant workers, misfits, miscreants, the homeless, the hom-os, Europeans that came and never left, Israelis, and me. I feel like I’m living in another country but still have the comforts of living in a 1st world country (even though things happen much slower and on their own terms in comparison to other US cities). It is my abroad adventure at home. I like mingling with the tourists as I get to live vicariously through their excitement to be on vacation and experiencing the new and intriguing.

I’ve been left with a lot of free time during the week, as is the case with most of the other locals as most of them work in hospitality. I’m going to be working 25 hrs on sat-sun so at least I’ll be pulling in something. Next week I have a big event for my company WriteThatRight as I have joined a Latin business network http://www.latinbiz.net/ and will have a table with my new promotional items (banner, pens, brochures) at their big 10th anniversary extravaganza. I also have been working as a consultant with a marketing company that operates huge events in Latin America, so, crossing my fingers, I’ll hopefully be getting to head south for work/play on someone else’s dime 🙂

In other news, My mom will probably call me immediately after reading this and start whining, but I decided to buy a new toy. In my attempt to “fit in” as much as possible here, which is kind of an oxymoron, I’ve invested (not really) in a scooter. I put an add on Craig’s List that I want to buy one for 300 bucks (most are 700 used) and a guy who owns a glass store called me right away and wanted to sell me his. Well, 3 hours later I was putting around on my new crotch rocket (it’s only 1.5 hp…) It is a lot of fun and the best way to get around as you don’t need a motorcycle license, insurance, or a parking permit.

In cultural news, yesterday I went to check out the Wolfsonian Museum right down the street from my apt. It is basically a museum of…..screw it here’s the description from the website:

“A diverse array of broad themes of the late-nineteenth and twentieth centuries – nationalism, political persuasion, industrialization, architecture and urbanism, consumerism and advertising, transportation, and world’s fairs – are addressed by permanent, temporary, and traveling shows. Although drawing primarily from its own holdings, The Wolfsonian also features exhibitions and objects on loan from other collections.”

I enjoyed their exhibits and have found myself pretty fascinated with Art-Deco and just how the world was changing so much in the 1920’s and 1930’s.

Well, until the next time.

Miami Before Miami - The Buildings You've Never Seen...
Paddle Boarding in Miami Beach and Lunch at The Local House!
Mountain Biking in the Flattest Place on Earth