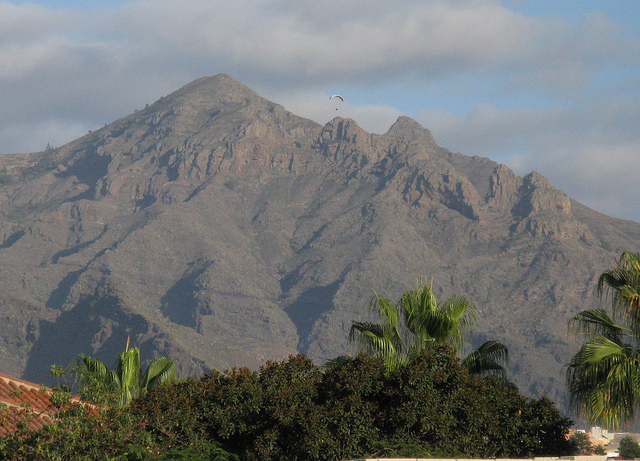 The top tourist attractions in Canary Islands are spread across its seven islands, all located off the African coast near Morocco, Cape Verde, Madeira, and Azores. If you’re going to visit the islands, these are places you cannot miss.

It is the largest island in the archipelago. It attracts tourists for its nightlife, bird-watching, and probably most of all, whale watching. Tenerife is one of the top 3 best places to whale watch in the world, and while other locations in Europe offer whale sightings (mostly between May and October), Tenerife has great whale watching all year round. So you might ask, what is the best time of year to whale watch in Tenerife? Always!

Another fun thing to check out is Loro Parque or Parrot Park. There are over 3,000 parrots living here from 330 different species. There are also chimpanzees, tigers, jaguars, porpoises, penguins, sharks, and killer whales in the park.

This island is home to Las Palmas, the biggest city in the archipelago, as well as the town of Maspalomas, one of the top tourist attractions in Canary Islands. Other interesting places here include Playa del Ingles and Las Canteras, two of the best beaches in Europe. Of all the islands in Canary, Gran Canaria has the most pleasant climate. The island also has a diverse landscape which prompted UNESCO to declare half of the island a Biosphere Reserve.

Like Gran Canaria, the island is a designated UNESCO Biosphere Reserve. It is located northeast of the archipelago and has an arid volcanic landscape. An estimated number of 300 volcanic cones are on the island. Even more beautiful than its unique landscape are the traditional architecture of its buildings.

One of the main attractions in Lanzarote is Jardin de Cactus, a cactus garden shaped after an amphitheatre. More than 10,000 cacti are grown here but there are also stone sculptures worth a look. At the entrance is a 26-ft high metal sculpture of a cactus. Both the garden and the sculptures are creations by César Manrique, a local artist.

The island is a mecca for windsurfers. It is also renowned for its cultural heritage as well as scenic beauty.

It may be the second smallest island but there are a few top tourist attractions in Canary Islands found here. Its biggest tourist spot however is the La Garonajay National Park, a UNESCO World Heritage Site.

Also known as La Isla Bonita or “The Beautiful Island”, La Palma has a scenic countryside with volcanic landscapes and valleys covered in vegetation. One of the most interesting sights there is Caldera de Taburiente, one of the largest erosion craters in the world. The colonial town of Santa Cruz is also worth visiting with its narrow cobbled streets and preserved buildings.

The Meridian Island is isolated and therefore a great place to relax after touring the top tourist attractions in Canary Islands. But it also offers adventurous activities such as biking, horse riding, paragliding, and hiking. It is a premier destination for scuba diving in Spain.

Top Reasons To Visit Tanzania
ADMIRE AMAZING SKYLINE WHILE SIGHTSEEING TOUR IN DUBAI
The Best Things to do in Dalaman, Turkey