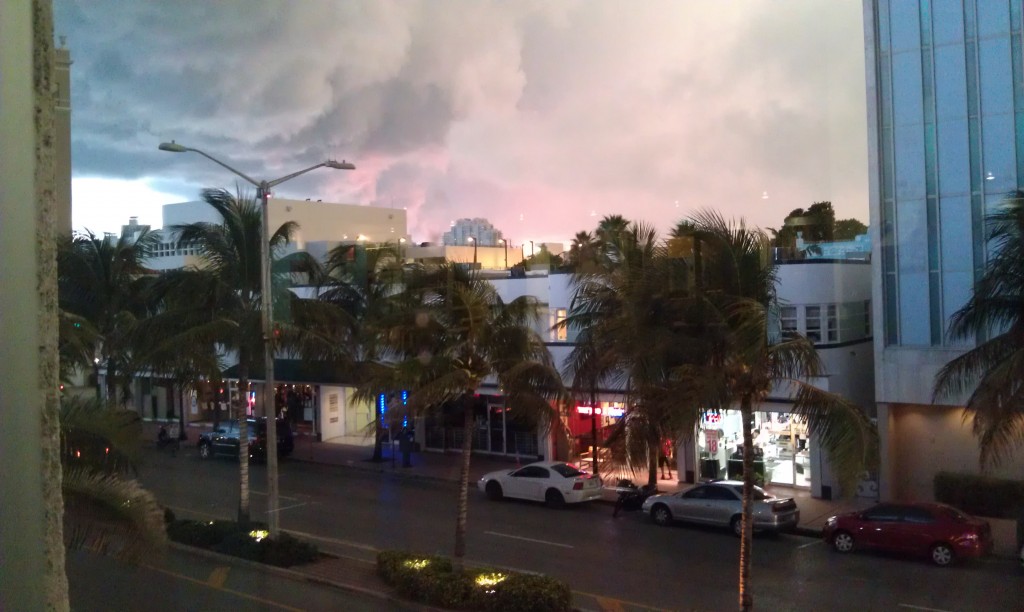 When I first moved to Miami 5 years ago, I was surprised to learn that there are not 4 seasons like I was used to in Philadelphia.  In fact, the seasons here aren’t determined by temperature.  There are only two seasons in Miami, rainy and dry.

While it typically “cools off” from late October through March, you can still expect to have 80 degree days (about 26 centigrade)  the majority of the time.  The difference is that there is very low humidity which makes a world of difference and the real reason I’m still living here!

A fun fact that I like to share with people is that Miami has no recorded temperature over 100 degrees Fahrenheit! (37.7 centigrade!)   So in essence, it is a pretty temperate place.

What defines the seasons are the thunder storms.  Thunderstorms that if you haven’t lived here for a while would scare the crap out of you.  Apocalyptic thunderstorms, thunderstorms straight out of Jumaji.  But, the good thing is that when it rains, it pours, and only for a few minutes, and the next thing you know, it’s crystal clear skies once again.   Well, that and the whole hurricane thing, but I’ve yet to be affected (Just knocked on my desk).

The sky is endless here, and it offers some of the most amazing sunsets, rainbows, and storms you’ll ever get to see.

Check out some of the pictures and videos I’ve accumulated of cool weather in Miami. 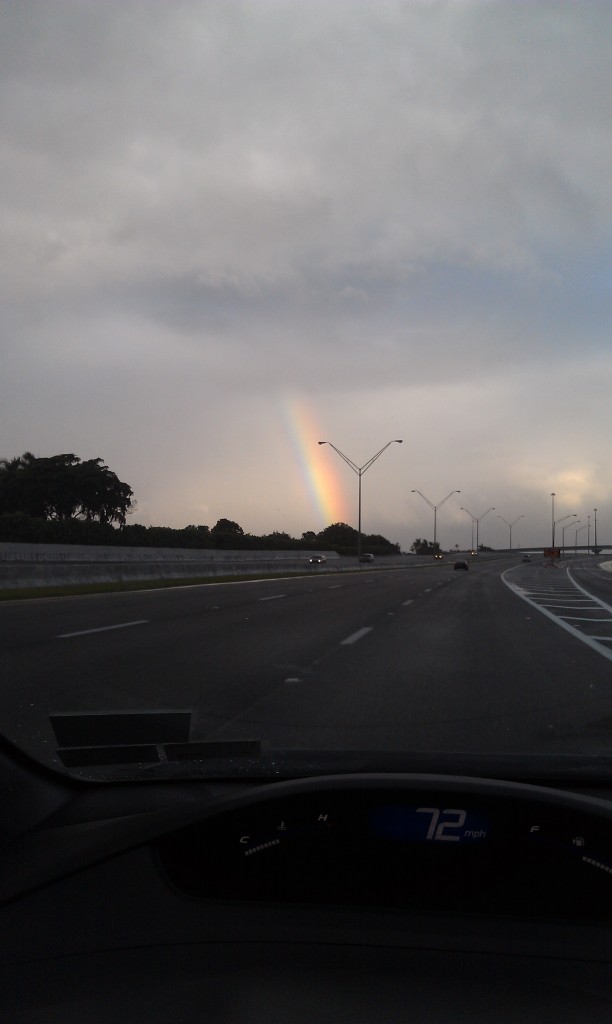 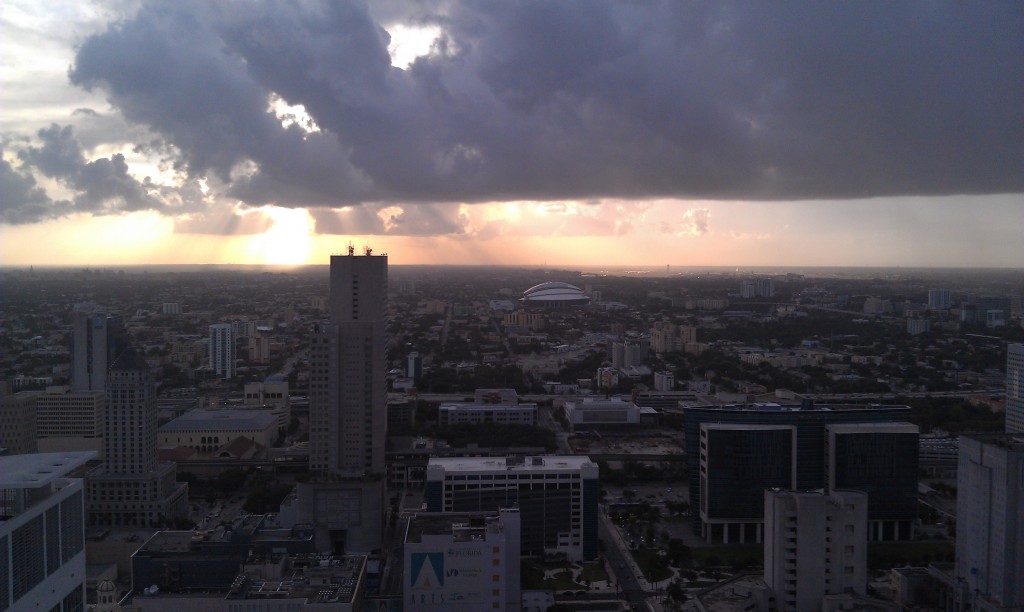 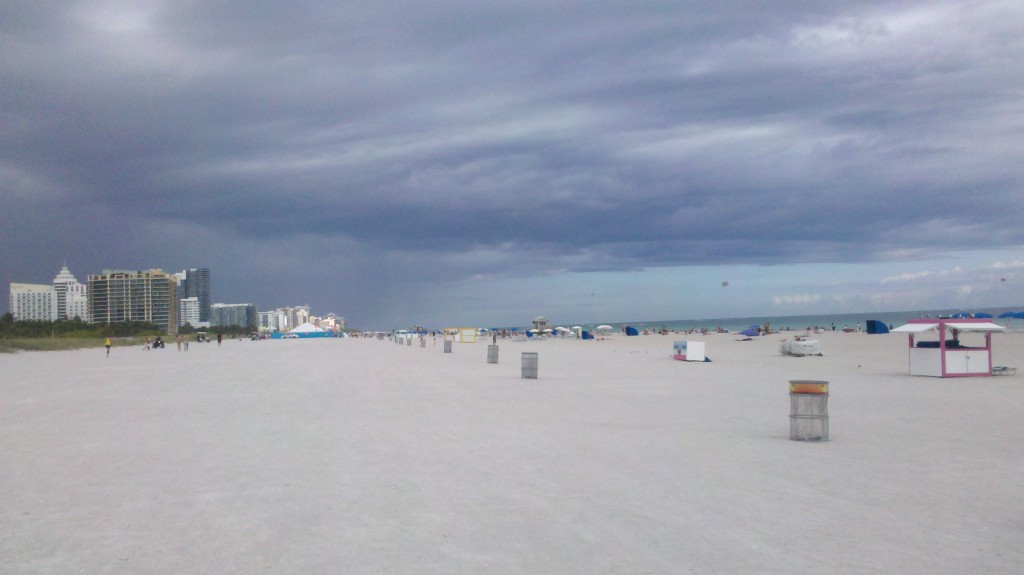 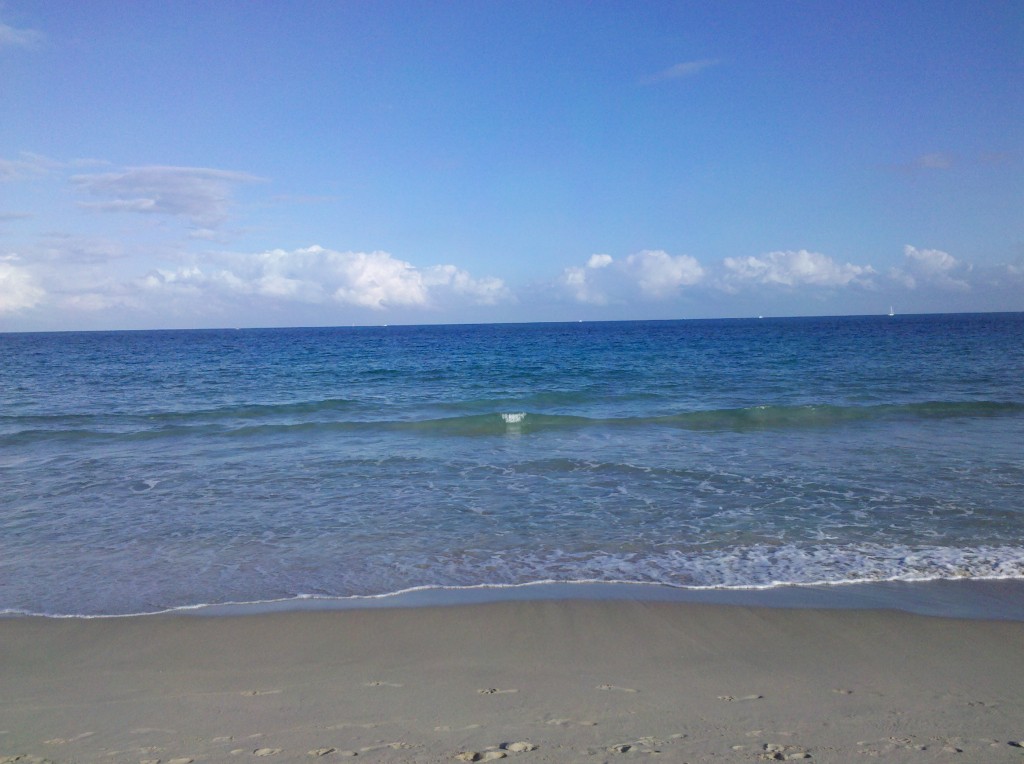 A New Chapter on South Beach
Paddle Boarding in Miami Beach and Lunch at The Local House!
Photo of the Week: Cruise Ships in Miami