Inspiring the famous waltz by Johann Strauss, originating in the Black Forest in Germany, and traversing no fewer than ten countries, the Danube runs through more capital cities than any other stretch of river in the world. This means it’s the perfect channel by which to explore countries like Hungary, Austria and Germany, and, fortunately, there is a broad range of Danube river cruises in Europe available for those seeking a cross-continental alternative to the sea cruise or rail itinerary in 2014. 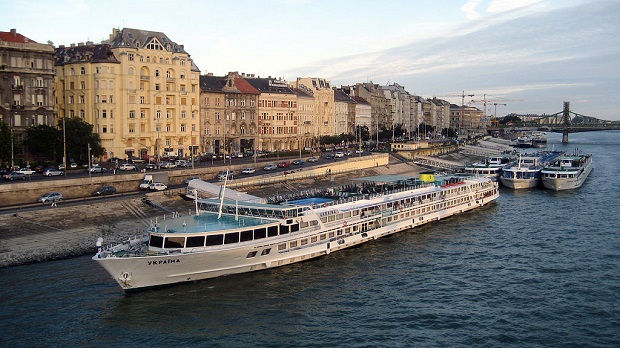 The natural place to start is the country where the Danube becomes more than a tributary, and cruise-trippers can take in cities like Nuremberg, Regensburg and Passau as they set out on the first leg of their adventure. The UNESCO Heritage Site of Regensburg is a particularly impressive stop on the itinerary, boasting Germany’s oldest restaurant, a tall, pure German Gothic cathedral and the remains of a Roman fortress to explore before re-embarking.

While the Danube flows through other ports in Austria, Vienna is indubitably this country’s star attraction. One of the world’s most liveable and cultural places, a visit to this city of dreams would be incomplete without taking in the State Opera House, the grandeur of which comes from the Renaissance Revival style of architecture.


Sailing down the river that runs through it delivers panoramic views of both sides of this split city of old and new, of Buda and Pest. At least one visit to the natural baths around the city should be attempted, as well as a trip to the beautiful parliament building, a saunter around Castle Hill in Buda, and finally, a ridiculously cheap pint in one of the city’s quirky ruin bars.

To those willing to tour some of Europe’s most exciting cities by river, the possibilities are endless. The speed and convenience at which it’s possible to cram countries into an itinerary on a river cruise of the Danube means it’s possible to bag several essential cities and sights for your bucket list, all in just one holiday.

What other cool cities have you stopped at on a river cruise in Europe?