So after experiencing the insane hustle and bustle of Bangkok, I decided it was time to get the hell out of dodge and go somewhere a bit more my speed. I had heard about the much calmer city of Chiang Mai in the north west, so I looked for a good flight deal and was up there in just over an hour via Bangkok Airways (legit).

My first impressions after landing was there is actually sun, (Bangkok was gloomy every single day I was there), it was super hot, and the city is beautifully cradled between multiple mountains, nice.

After spending a couple days wandering around the city center, I decided it was time to move my body a little bit more beyond drunken attempts at Gangnam Style and aimless saunters around town.

Growing up outside Philly, which has pretty decent hills and public parks for mountain biking, I decided, “they’ve got mountains here, why don’t I go mountain biking in Chiang Mai?” So, I did a little research and found one outfit that cost around $50 (hyperlink above), which I originally thought was overpriced, but after I saw what I actually received, it was well worth it.

The day began at 9:30 AM when the tour company picked me up at my hotel, stopped to scoop up a few other weekend warriors, and brought us to their bike shop where we were given shin guards, elbow pads, helmets, gloves, small backpacks and a lot of water.

We were then given a briefing about which trails we would be taking on a big flat screen tv with Google Earth pulled up, it was a nice touch.

They then piled us into a Songthaew (adapted pickup truck used normally as a shared taxi) and we headed for the hills. The ride took about 30 minutes and consisted mostly of just windy ass roads to get to the summit of Doi Suthep. We then hopped out of the truck and began our “testing”. Our group was comprised of a couple of Japanese guys, some stout German experts, a whining Canadian girl and a Dutch guy who actually asked if I had any weed on the ride up, (…no, sorry man).

We suited up and did a couple tests riding over logs and rocks. After they saw what we all could (or couldn’t) do, we began heading down the mountain on a dirt road. I was feeling pretty good, and our guide, Luis, was keeping an eye on all of us for the first 15 minutes to gauge our abilities. 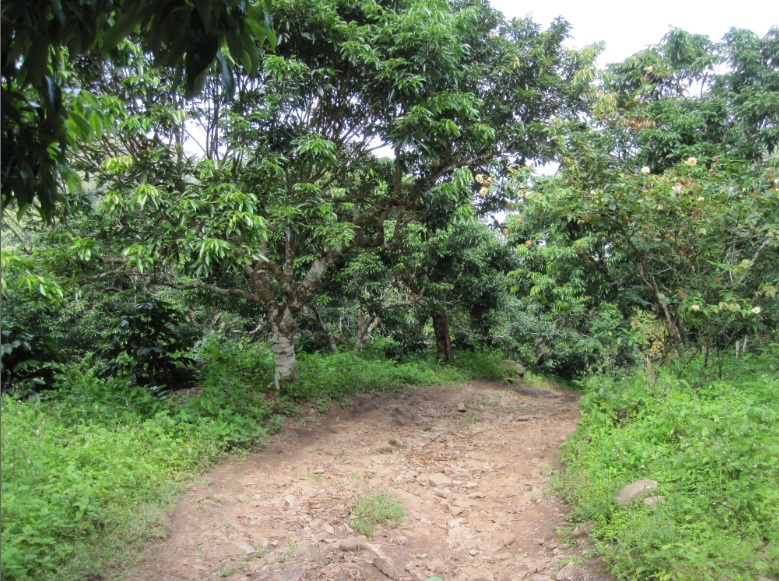 The two Japanese guys signed up for intermediate with me, but, I later found out one of them had never even been mountain biking before in his life…he found out the hard way.

We continued heading down through some pretty steep, rocky paths until we came to a village that is actually inhabited by a local  indigenous tribe. We rode through, shot some smiles and continued on towards the single-track trails.

Our guide gave us a little heads up on the terrain and then he road ahead to lead the way and we followed. I’m not going to lie, the trails were pretty difficult, with stumps, ditches , rocks and streams making the foot-wide trail pretty hard to manage. I was able to get through unscathed, but the poor Japanese guys got it handed to them. I had just reached the bottom of one of the runs, and when I turned around to see how they were doing, I saw one  of them go head first over the handlebars and tumble a couple times and finally into a mud puddle. I winced in pain just watching, but he shot up and let out out one of those classic, Asian “ha ha ha ha has” as he tried to cover up that in reality, he was hurting badly. He hopped back on though like a champ and we all kept on.

We stopped every 15 or 20 minutes to take a drink (it was hot as hell towards the bottom) and to enjoy the amazing views of Chiang Mai below. 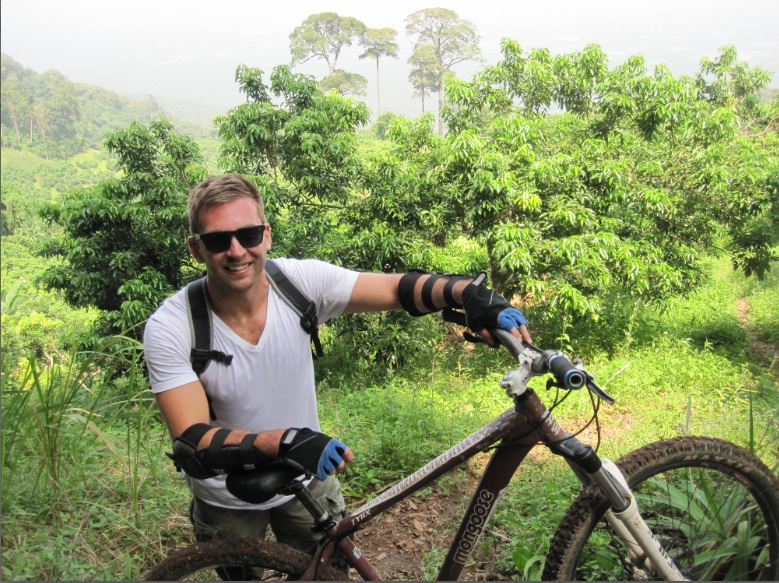 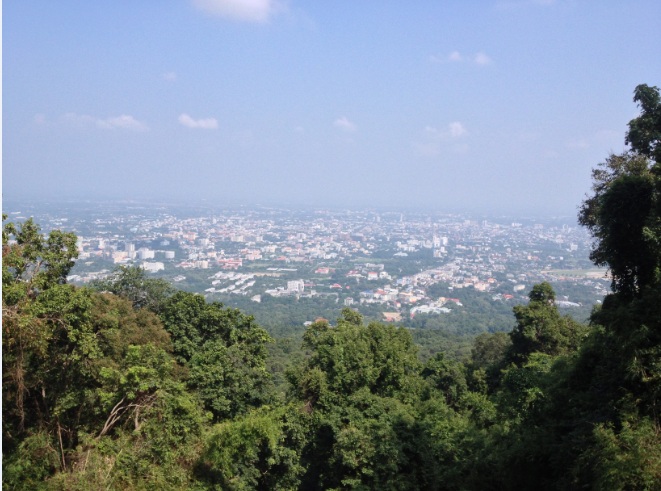 It took about 2 hours from the summit to get to the lake at the bottom of the mountain, and I managed not to eat shit which I was pretty proud of. The trip included lunch at the lake which was decent too. 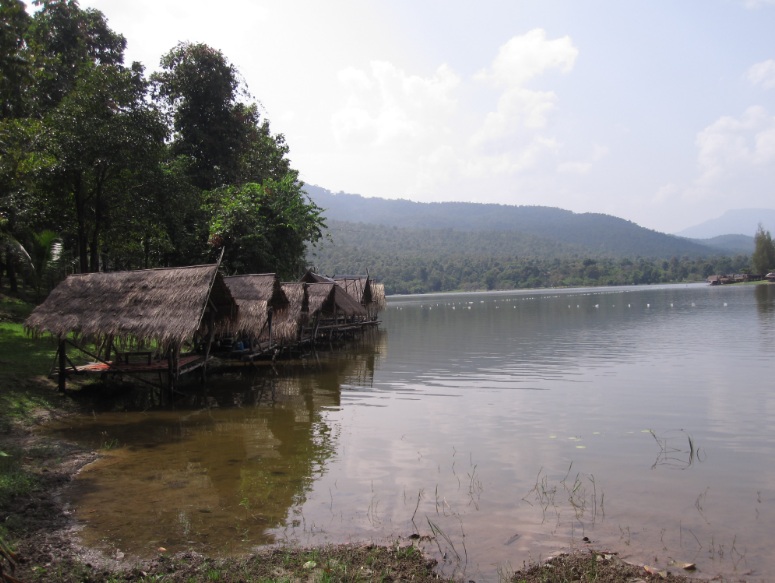 All in all, I had a great day and it felt good to do something active instead of just gawking at Buddhist temples and pretending that I am overly impressed. It was definitely a highlight of my Asian adventure thus far and something I’d recommend to anyone from beginners to expert mountain bikers as a fun activity to do in Chiang Mai.

Leg Two of My Big Asian Adventure!
How To Prepare For A Holiday To Phuket
Travel Scams to Look Out For in 15 Countries Around The World!