It wasn’t even one day after posting about how crazy stuff seems to always happen while traveling that I had another weird experience, this one fits more into the “WTF” category rather than, “Fuck Yea”.

I had boarded the metro at the Universitate stop in Bucharest and was just heading south one station to Piati Unirii (ya I know, just one stop, but it’s further than you think). The ride took about 3 minutes, but as we pulled into Piati Unirii, I noticed some red tape on the platform. When the train slowly came to a stop, there were three men in red jumpsuits signaling to exit from the other door.

Puzzled, I made like everyone else and shuffled to the next one. I thought it might have just been some maintenance issue, but when I stepped out of the train and looked left, I saw a pretty morbid sight. A dead man incompletely covered with a gold metallic   blanket, arms splayed out, complete with ticking wrist watch. 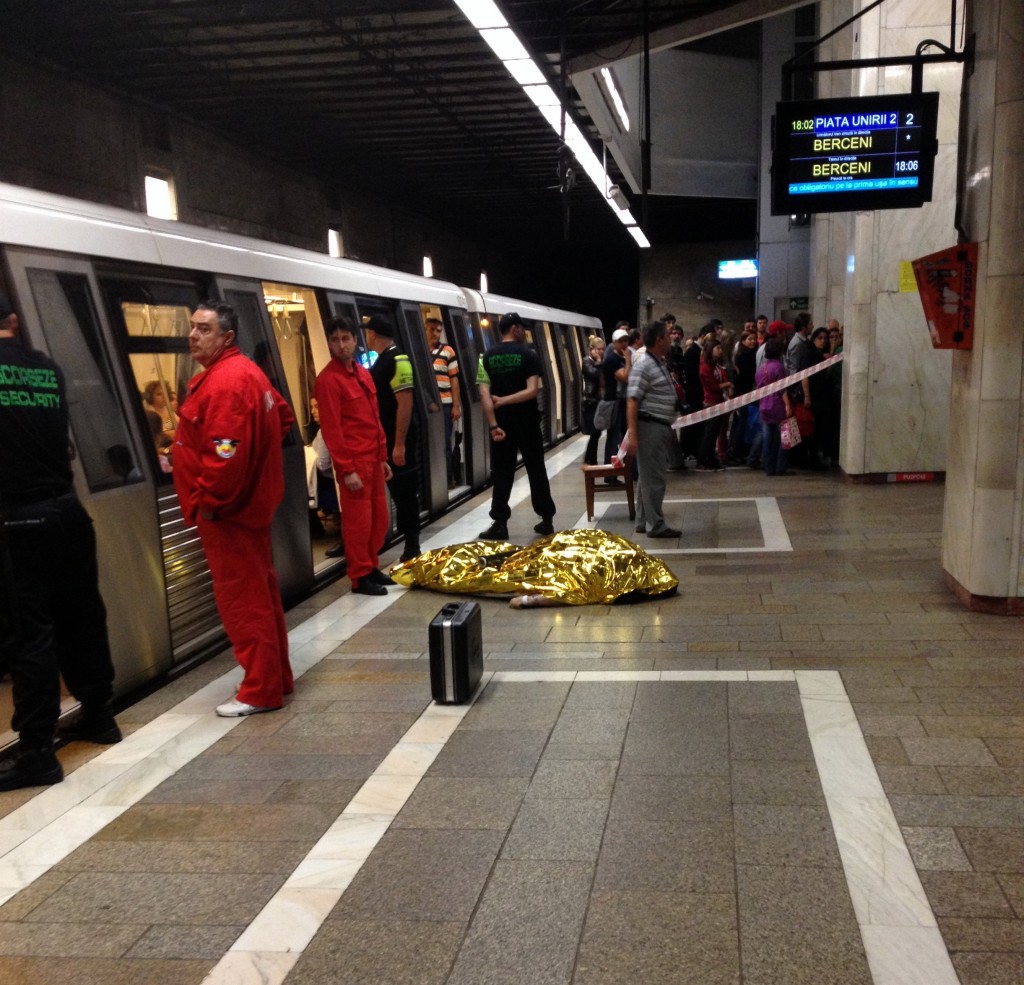 Maybe it was a little insensitive of me to snap a photo, but I had never seen anything like it. I actually stayed for 10 minutes watching the lifeless body, hoping he’d just stand up and the camera crew would pop out from behind a pillar, but they didn’t. The man, age 55 (I learned later online) had a heart attack and just dropped dead right there waiting for the train.

The image of the lifeless body stayed with me for the rest of the day, and the more I thought about it, the more it became of a sign to me. That person could have been anyone. And the more I ponder about his life, his family, his friends, it made me think, he had no idea it was coming. Nobody knows when their last day will come, but the only thing you know now is you’re alive. Hopefully happy, but if not, there’s no time to push your way through a futile, miserable existence, because in reality, you too could be waiting for the metro, and poof, “insert name” no more.