(…or, How to Reconnect with the Pace and Poetry of Overland Travel) 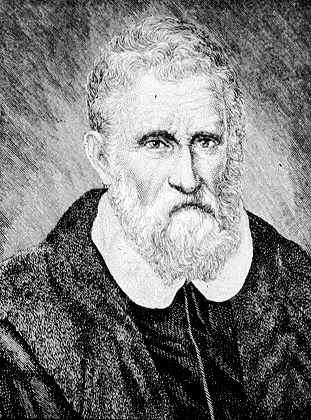 Ever wondered where that tiresome game originates from? Of course you haven’t, but it’s an interesting and relevant story, so read on.

Marco Polo was a man of the 13th century – a man who did spectacular things for our global sense of curiosity and for the West’s exposure to the East (and vice versa). Accordingly, he should have been canonised a long time ago as the Socrates of exploration, especially in the travelling community and especially in the blogosphere.

As Christopher Columbus’s senior and mentor, Polo was the original wanderluster and the exemplification of overland adventure. Before anyone had any idea that the USA, Canada or South America even existed (and centuries before any kind of over -or indeed above- land vehicle was invented), Polo trekked 15,000 miles from West to East on horse and camelback. His lust for all things foreign could not be abated by Europe and the book that he wrote upon his return (24 years later) revealed the most interesting cultural discoveries of the time. Indeed, thanks to his dedicated record keeping, it’s been agreed that the act of overland travel originates from Polo’s exceptional adventure.

‘An Important Exercise in Perspective’

But what can we learn from Marco Polo and his uninhibited wanderlust? After all, the odds really were against him in the 13th century. Human beings weren’t even fully aware of each other, let alone at license to trek across continents. Yet Polo inhabited a different mental plain. He was a man born into an inquisitive discourse (his father and his uncle were intrepid explorers) and he was driven by the need to know just how far the Far East went.

In this age of hyper-connectivity, it’s impossible to imagine our planet as an unknown sphere. These days, we have instant access to information and communication and it’s a privilege that we’re starting to get used to. The question is: with knowledge at our finger tips, does the path to knowledge (through travel) become diluted by the imposing abilities of digitalisation? In other words, in modern society (where our planet feels smaller and nosier than ever), how can we reconnect with the pace and poetry of overland travel?

It is most definitely time, I say, to witness the earth’s vastness again. It’s very easy to forget just how dauntingly colossal our humble planet is and overland travel acts as an important exercise in perspective. In rejecting the heady convenience of aircraft and embracing the ‘slow travel’ challenges of trains, cars and direct ferries, the journey can be re-established as an adventure, instead of focusing with stubborn blinkers on the destination ahead.

Denise Pulis, of The Art of Slow Travel, writes a great explanation about this mantra on her blog and embodies this new age ethos. Whilst Marco Polo would have been travelling the only way he knew how, we can learn so much from his unappeasable need to see the world. Convenience travelling is all very well and good but I think it strips the act of its romance and of that sense of discovery that characterised Polo’s exploration so well.

It’s an interesting irony. In an age identified by virtual hyper-connectivity, we need to reconnect with what is real and feel the earth between our toes.

An Interview with Fellow Travel Blogger - Brendan Van Son
City of the Week: Taipei!
How to ensure your holiday is a success