You did it! Planned ahead, made smart investments, and took off time from work to enjoy a well-deserved holiday. But where do you want to go? How about to an area of the world that most people think is dangerous. Well, we’re here to expose that the UAE (United Arab Emirates) is a fantastic and safe place for holiday. Read on to see why!

The top destinations in the United Arab Emirates have been featured in numerous media, from movies to print. So they shouldn’t be much of a secret to the public. However, there is that possibility that you only know a few of them because of limited features resources often provide. If this is the case, then you should take advantage of what this post is about to expose. Now, first and foremost, the United Arab Emirates is an Arab country found on the southeastern portion of the Arabian Peninsula. It is bordered by countries like Saudi Arabia, Qatar, Iran and Oman and composed of seven states (otherwise known as emirates), thereby explaining its name. This include Abu Dhabi, Ajman, Fujairaj, Dubai, Ras al-Khaimah, Umm al-Quwain and Sharjah. And as one of the richest and most culturally diverse nations in the world, it wouldn’t be surprising to find an abundance of beautiful highlights to see in this place.

When you think about the environment, it is always impressive to find thriving communities in the desert. And there is also a tinge of grace to appreciate about it. So there’s no denying that one of the top destinations in the United Arab Emirates is its different city-states, regardless of what aesthetic they sport. But a recommendable pit stop related to this would be the Liwa Oasis, a cluster of Bedouin villages set alongside a small patch of greenery. 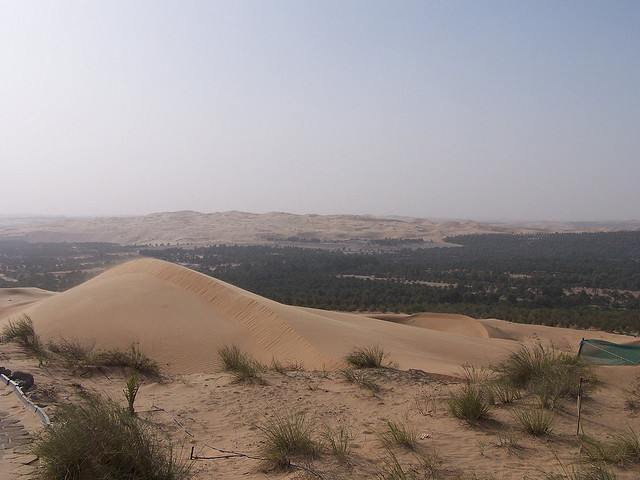 It was believed to have been the historical home of the Nahyan family, the leaders of the whole UAE. And to this day, it remains to be the main date-palm farm in the region. It is located about 100 kilometers south of the Persian Gulf and 150 kilometers south southwest of Abu Dhabi, in the Al Gharbia Region. To avoid getting lost, you should coordinate with a guide during your travels.

To add to the given top destinations in the United Arab Emirates, you should also prioritize visiting Umm Al Quwain as it is the least busy state in the country. It isn’t that big with an area of 800 square kilometers. But it is one of the most beautiful with a beautiful green coastline occupied by mangroves and rolling sand dunes that accentuate a fertile desert. Here, you could spend your days fishing, camel racing and dhow building, as there are still skilled craftsmen and facilities serving this interest. Or you could indulge in more modern pasttimes such as hanging out in the world’s largest aquapark – Dreamland – or check out the town’s history at Umm Al Quwain Museum.

Of course, you should also spend time in Abu Dhabi and Dubai as they are the most developed areas in the country. But if you don’t care for popular points of interest, you should take advantage of more affordable pit stops like Ajman and Sharjah. They do provide a handful of charming features.

A Brief History of Dubai
Dubai: The Record Breaking Capital of The World!
Top 5 Luxury Formula One Destinations!