As the second largest megapolis in the western hemisphere, Mexico City can most definitely be a daunting place to plan for a getaway of any length of time. After living here permanently for almost 4 years and visiting for the better part of the last decade, I feel confident I have some knowledge to impart on any first-timer making the fantastic decision to visit this vibrant city. Here are my things to know before visiting Mexico City that will help you streamline your trip, keep you safe, enhance your time (hopefully) and get you primed and ready for a memorable vacation! 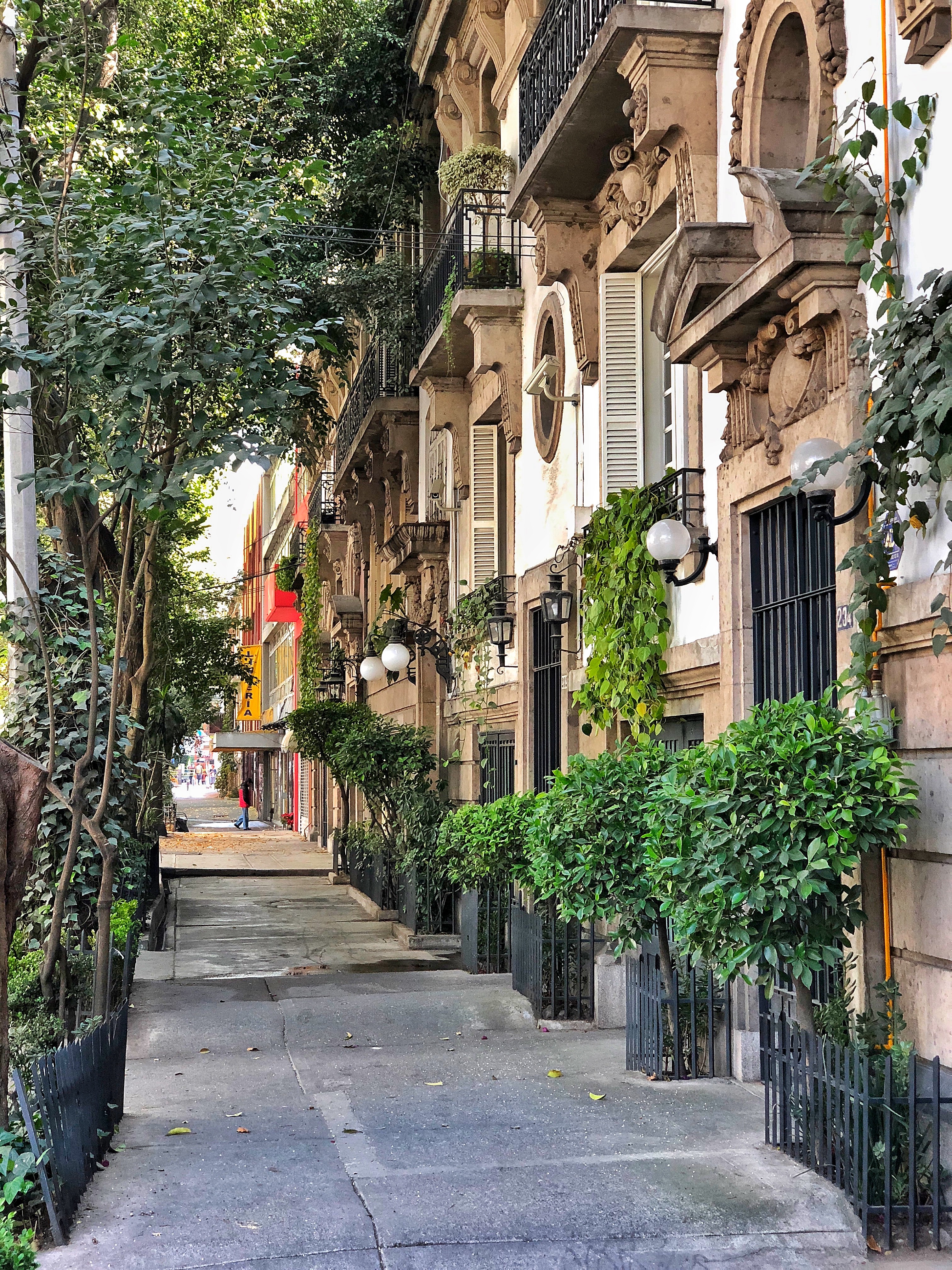 Mexico City is not hot!

While the word “Mexico” conjures up the image of ice-cold Coronas on palm-laced beaches for most, (it is that of course as well), the central part of the country is very temperate due to the altitude. Mexico City rests at 2,250 Meters (7,390 feet) so you can basically expect spring-like temperatures all-year round. The daytime temperature usually averages between 18 to 24 C (65-75 F), and about 7 to 15.5 C (45 to 60 F) in the nighttime. This means in the day, you will want to wear pants, shoes, and a normal shirt and carry around a light sweater or jacket. In the evenings, you’ll definitely want to bring a light to medium jacket, and in the winter possibly even a bit heavier. Most apartments or homes don’t have air conditioning or heating as it’s not really needed. You’ll find a fan at most places in the warmer months, March through June. Most decent hotels will have air conditioning though.

You don’t want to wear shorts or flip-flops

The easiest way to stand out as a tourist in Mexico City is to wear shorts, flip-flops or revealing tops. Mexico City is a very cosmopolitan city and not only do people dress up more than in the states, you become a pretty easy target if you’re dressing differently than everyone else, i.e. like you’re at the beach when you’re not (not the safest idea). Wear shoes, wear pants, the rest you can play with a bit more. Not to mention, you’ll probably be cold when the sun goes down or you’re in the shade anyways.

While Mexico City does not seem tropical due to the altitude, foliage, dry air, etc., it’s not too far from the equator so it experiences much more tropical-like weather patterns. The dry season is between September/early October through March. and from April to September you’ll most likely experience clear mornings and rainy afternoons.

The easiest way to get around is Uber

While I most definitely support the use of public transportation, I don’t really recommend it in Mexico City for first-time visitors unless you’re really on a tight budget. The only time you ever hear of anyone getting anything stolen is usually when they’ve been pickpocketed on the metro or metrobus. If you do decide to take public transportation, keep your valuables in your front pockets and your backpack on your chest.

Uber in Mexico City is widely used by both locals and tourists and you shouldn’t have to wait more than 3-5 minutes, ever, for a driver to pull up. You’ll find the drivers to be very polite, cars clean, and they use Waze to bring you to your destination as quickly as possible. The charges are also extremely affordable and I’ve never heard of anyone say they’ve thought it was pricey.

Don’t drink the water from the tap, but ice is fine

Locals don’t drink the water out of the tap either, but I wouldn’t worry about brushing your teeth, washing your mouth out, etc., just don’t ingest it. All the ice you will be in contact with will come from a bag or be purified, don’t worry about that. The only time I’ve honestly ever gotten mild food poisoning is from eating on the street, while I don’t want to deter you from that, I usually stick to restaurants and probably would too if I didn’t want to risk getting sick on my trip. But, if there is a big line or crowd eating from a stand on the street, that should be a sign that you’re usually good to go.

Eat as much Mexican food as you can, but try some international cuisine as well!

While you think you might be able to eat Mexican food every meal until you die, after a few days of eating it all day, you will probably be ready for a little variation. Being a gigantic capital city, there are countless fantastic international restaurants run by foreigners and amazing Mexican chefs with fantastic food. Some cuisines to try here with large immigrant populations are Japanese, Korean, Israeli, Lebanese, French, and Italian. (feel free to email me at Jeremy@theworldorbust.com for some of my favorites).

Is Mexico City safe? Yes! (as safe as any other big city at least)

If you tell anyone you’re planning to visit Mexico City, they will probably reply, “Isn’t it dangerous?!” Mexico City has gone through tremendous growth and development over the last 20 years and you’ll find it to be one of the most developed places in the country. You can walk around on your phone, be out at night, and go almost everywhere relatively without qualms. But, like in every other major city, you need to keep your wits about you and keep an eye on your surroundings. Don’t broadcast that you’re a foreigner (not screaming in English or your mother tongue), don’t do illegal things like drink in the streets, and you’ll most likely have zero issues. A few areas that while are in reality fine, are probably worth avoiding if you have no reason to go there are Tepito, Doctores, Ecatepec, and Ciudad Neza.

In Mexico City, 10% is the normal amount to tag onto any bill (service charge shouldn’t ever be included, it’s illegal to do that here). I normally always give 15% as the waiters/restaurant staff will be grateful and usually you will receive great service. They really do work for the tips like in the US. Just a few coins out of your pocket isn’t reasonable. Be a good ambassador for your country and give a little bit more which will be barely anything for you and make a big difference for them. If you’re paying with a card, say, “Tengo una tarjeta, puedes traer la terminal por favor?” which means, “I’m paying with a card, can you please bring the credit/debit card machine?”. Don’t let anyone take your card from the table, kindly request that they bring the machine to you which is normal practice in Mexico (and most countries) anyways.

While you probably aren’t wielding Traveler’s Checks these days, it is common for most travelers to show up with a wad of cash in whatever currency they’re coming in with (USD, EUR, GBP, Etc.). Believe it or not, everyone says the best exchange rates are actually at the airport in Terminal 1. There are a bunch of spots right after you enter so you can actually just come and go there if you want to come back and exchange more after you have already flown in. My suggestion is to just take it out from an ATM machine (from an official bank). It’s safer and you usually get a better rate.

I wouldn’t expect that almost every Mexican person you meet will speak English like at the resort towns. This is a major capital city and while that usually means more educated, worldly people, it doesn’t run off tourism. Many younger people will speak some level of English, and in most places you will probably be hanging around, but it is very good form to ask first before blurting out English to someone you don’t know. You can say that like this, “Hola, hablas ingles?”. I’d say about half of the more popular restaurants in Mexico City will have English menus or someone in the restaurant who speaks it and will come over and help you if not.

These are just my top 10 things to know before visiting Mexico City. Feel free to shoot me an email at Jeremy@theworldorbust.com if you have any other questions. I’m actually running small food/cooking tours, nights out, etc., so feel free to inquire about any of those as well. Safe Travels!