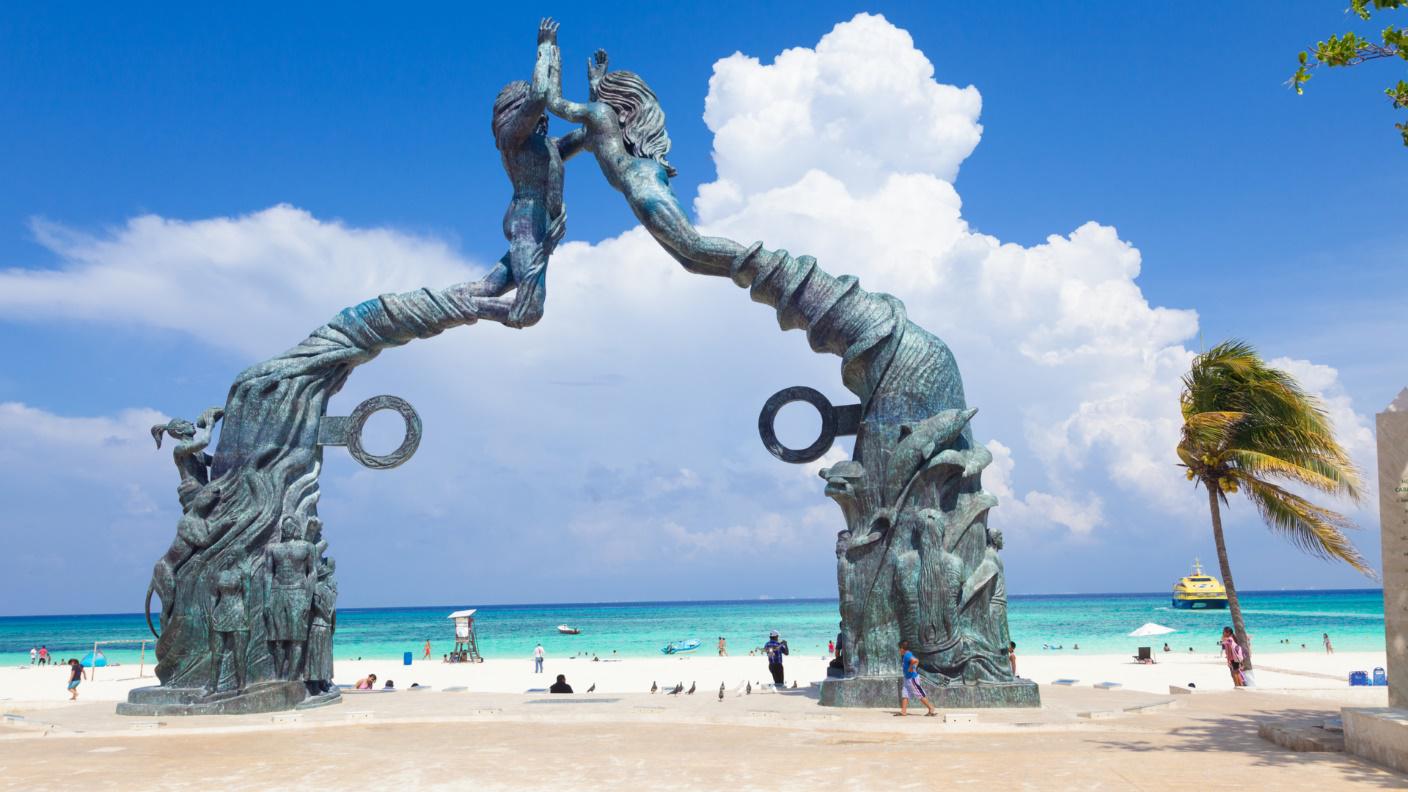 Mexico has a reputation for attracting millions of wild college students each year. But this beautiful and captivating country is home to breathtakingly gorgeous beaches, deserts, mountains, and architecture. There are hundreds of natural wonders to explore during your trip to Mexico. It’s important to fully plan out an itinerary before arriving for your vacation. Check out our list of the most beautiful places in Mexico that you need to see.

This beautiful city is located in the Yucatan Peninsula. Playa del Carmen’s beaches are known for their sugar white sands and crystal clear water. There are also plenty of opportunities to go clubbing and drink with your friends, too. And don’t forget about the shopping! Travelers can both relax on the beach or get social in the various clubs in the city.

If you are getting tired of the bustling activity in Playa del Carmen, Cozumel is just a boat ride away. The island is right off the coast and features some of the best scuba diving locations in the world.

If scuba diving isn’t your thing, there are plenty of outdoor activities to take advantage of. There are wild nature parks, quiet beaches, and some shopping to experience. It’s a perfect place to reconnect with nature.

If you are looking for some culture, be sure to check out the Palacio de Bellas Artes. This beautiful building hosts concerts, ballets, operas, and art exhibits in Mexico City. Construction began in the early 1930s and architect Federico Mariscal oversaw the project.

Palacio de Bellas Artes features a mixture of several art styles including art nouveau and art deco. The outside of the building was built with Italian Carrara marble, which features a white stone with black and gray marbling. A piece of art, La Armonia by Leonardo Bistolfi, is etched into the marble. This Carrara marble is also used in the interior of the building, which is divided into three separate halls.

Artists have been commissioned over time to create murals inside the building. These murals depict several different themes throughout the course of Mexican history. You don’t need a ticket to an event to check out the Palacio de Bellas Artes.

Pyramid of the Sun

One of the world’s oldest attractions is northwest of Mexico City. The Pyramid of the Sun is in Teotihuacán and was named by the Aztecs, who discovered the pyramid centuries after it was abandoned.

The pyramid was constructed in two phases, starting in 100 CE. When the building was completed, it was covered in paint and plaster. These materials did not survive into modern times. An additional pyramid placed at the top of the building also did not survive over time. The Pyramid of the Sun is one of Mexico’s most popular archaeology sites. Arrowheads and human figurines have been found at the pyramid throughout history. But the Pyramid of the Sun continues to remain a mystery. It is the third largest pyramid in the world.

This natural wonder might convince you to learn how to scuba dive. Cenote Angelita is an underwater river on the Yucatan Peninsula. It sounds impossible but science can explain the phenomenon. Cenote Angelita was created when a limestone bedrock collapsed and formed a pit. That pit was filled with both saltwater and groundwater. When trees and bushes began to decompose, a cloud of hydrogen sulphide separates the water at the top, creating the strange illusion.

There are also plenty of caves running through the system. It is a gorgeous sight to see. If you aren’t too familiar with scuba diving, you can find tours through the area, according to www.Lyhpa.com.

This is a great option if you are feeling claustrophobic at the idea of scuba diving throughout an underwater river. The Islas Marietas are a group of islands off the Mexican coast. The Mexican government used to conduct experiments on the islands, resulting in beautiful caves and rock formations.

In addition to exploring the caves, the islands feature beautiful beaches and coasts to snorkel. The islands are registered as a national park so there are plenty of tour guides available to tell you more about the history of the Islas Marietas.

Oaxaca is a city in southern Mexico near the Pacific Ocean that has held onto its traditional roots. The city has avoided modern development and is home to a vibrant art community, traditional Mexican cuisines, and festivals. Oaxaca is home to one of Mexico’s 34 heritage sites. It’s a perfect opportunity for visitors to immerse themselves in the Mexican culture.

Oaxaca hosts their own Day of the Dead festival each year. This runs from November 1st to 2nd. If you are interested in learning about the historical festival and taking part in the activities, plan to visit Oaxaca during this time frame.

Five Things You Must Do Before You Book That Next Vacation
How to Take Your Cruise Ship Holiday to the Next Level
When In Nepal: The Points Of Interest That You Should Visit