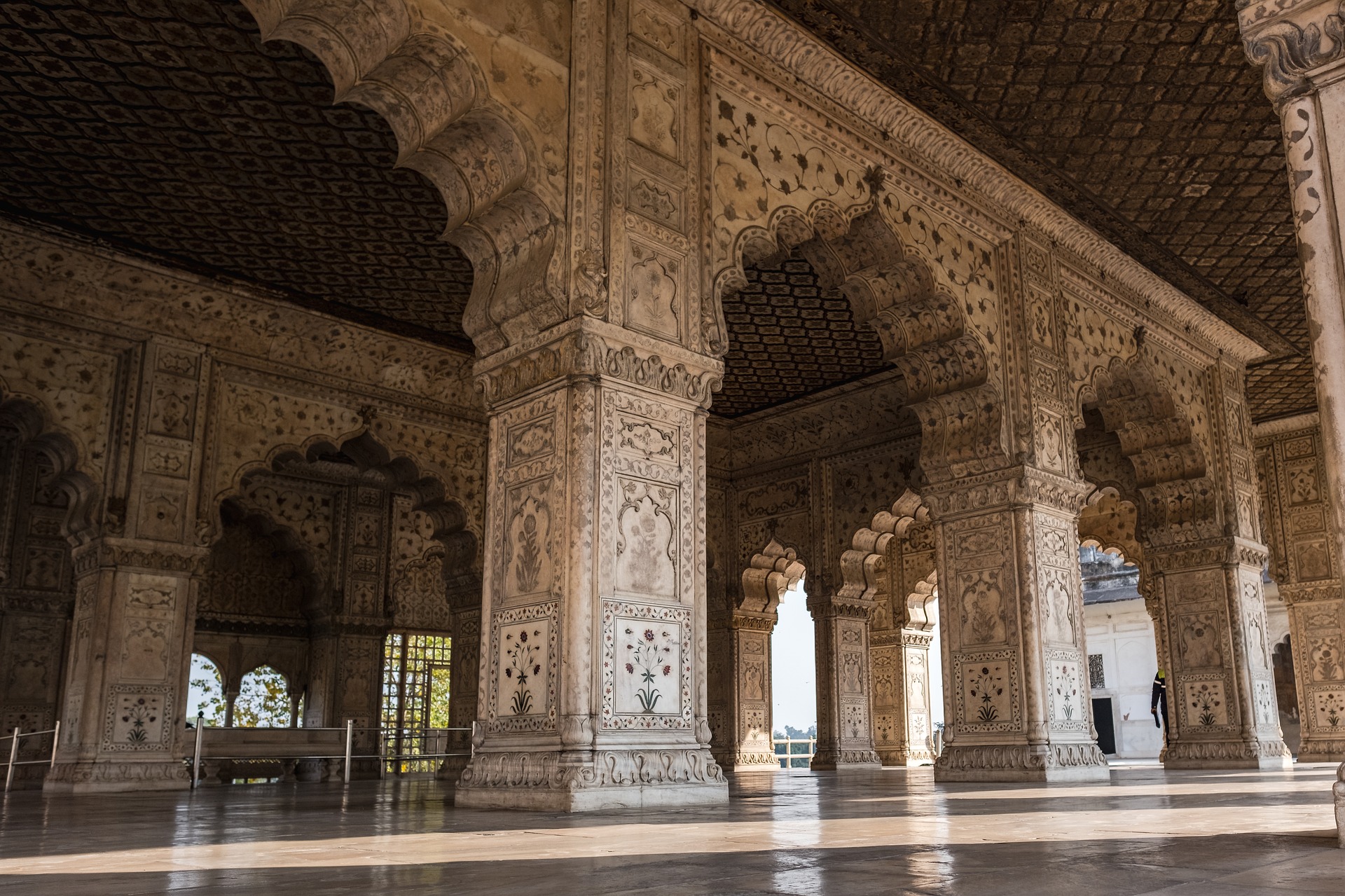 Delhi, India’s bustling capital, divided invisibly by what is known as Old and New Delhi is a mixture of political history mixed with cultural colourfulness. Needless to say, singling out must-see destinations in the nation’s capital of India is next to impossible. Here are my top New Delhi destinations to visit.

Humayun was a young emperor from the 16th century who ruled over present-day Afghanistan, Pakistan, Northern India, and Bangladesh. When he died, in his honour, Humayun’s wife Empress Bega Begum and chief consort made the first garden-tomb on the Indian subcontinent. It is also the first structure to use red sandstone which is a type of stone made from small quantities of iron-rich minerals. The iron oxidizes into hematite crystals which form a thin paint-like coating on the quartz sand grains. The crystals absorb all light except the colour red, causing them to reflect and therefore give them their colour. The Humanyun tomb was designed by a Persian artist named Mirak Mirza Ghiyas, who began what is known as the Mughal architectural style which is a blend of Persian, Indian and Turkish influences. The perfectly symmetrical grandeur building with white marble double-domes, is situated on an English-style garden which was built around it in 1880 under British rule. Stemming from Islamic beliefs, the building was intended to mimic the Garden of Paradise. Since the Humayun tomb is the perfect balance of history, architectural finesse at its finest, a gesture of love beyond the grave, and also named a UNESCO world heritage site, it has made one of the top places to visit in Delhi.

In honour of this global hero, the Raj Ghat was built as a memorial. Located west of the Yamuna River, it was here, Gandhi performed his last rites on the 31st of January 1948, the day after he died. The very place he was cremated, a black marble platform was constructed, attracting many tourists. Designed to depict the simplicity of Mahatma Gandhi, the most significant visual display is a flame which burns continuously at one end of the structure. On top of it, foreign dignitaries place beautiful flower arrangements to pay their respects.

Established in the centre of New Delhi, stands a structure similar to the French “Arc de Triomphe.” India Gate was built to commemorate 70 000 soldiers who lost their lives during World War I with 13 516 names written upon it in their honour. The first stone was laid by the Duke of Connaught in 1921 and then dedicated to the nation 10 years later by Lord Irwin who was the then Viceroy. After their independence, another memorial was added, Amar Jawan Jyoti. In similar fashion to the eternal flame which burns at the memorial of Raj Ghat, another burns under the arch to remind the nation to remember those who lost their lives in the Indian-Pakistani war of December 1971.

New Delhi no doubt, is an amazing place to visit especially when you visit any of the places listed above. Travelling is more fun when you travel to the right place. New Delhi is the right place for tourists and anyone looking to go on a fulfilled vacation. If you would like to enjoy the benefit of a discounted ticket price in order to fully take advantage of the trip, you can receive this offer now with a lucknow to delhi flight ticket price. Happy journey!

7 Tips to Travel Safely, Efficiently and Happily
5 Reasons Why You Should Go On Vacation In A Yacht
What You Can Do If You Fall Victim to a Late or Cancelled Flight