So today I was lucky enough to have a full day tour of Panama City compliments of the Tourism Board of Panama. They coordinated everything for me including a personal guide and a fantastic buffet lunch at the Panama Canal.  Check out some of the places they took me and what you should check out if you ever find yourself in Panama City.

Panama Viejo was the original Spanish settlement of Panama City, first settled way back in 1519!  It was also the first permanent settlement on the Pacific.  By looking at the scattered ruins, it must have been a pretty amazing place.  In 1671, it was sacked by everyone’s favorite pirate, Henry Morgan, and he burned it to the ground (or another theory is the townspeople did it to thwart Morgan’s quest for the city’s famed riches).  Regardless, it is now mostly a bunch of ruins and one major building, the tower, remains well maintained after a serious restoration.  After the attack, the city was moved a bit South and is now referred to as Casco Viejo which was the next stop on the trip.

There is also a pretty nice museum you can pop into and learn a little bit more of how the city began with some old artifacts, human bones, treasure, etc.  Worth a visit. 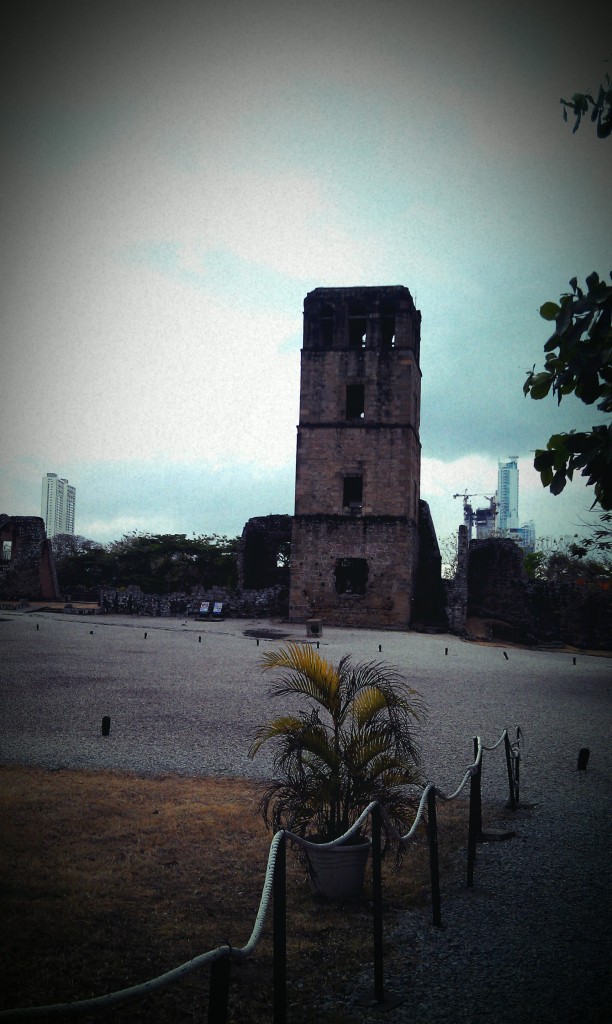 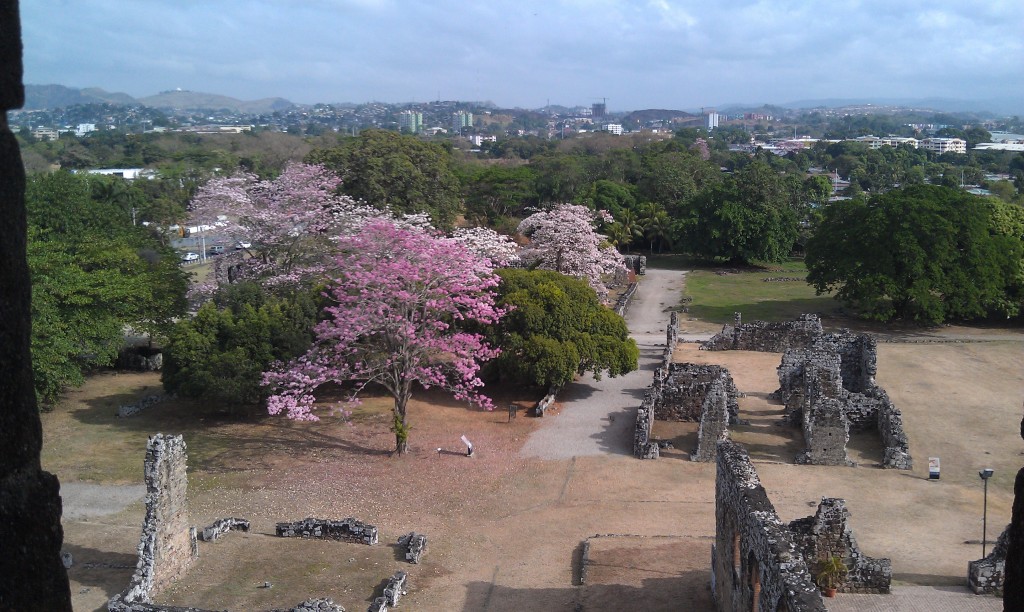 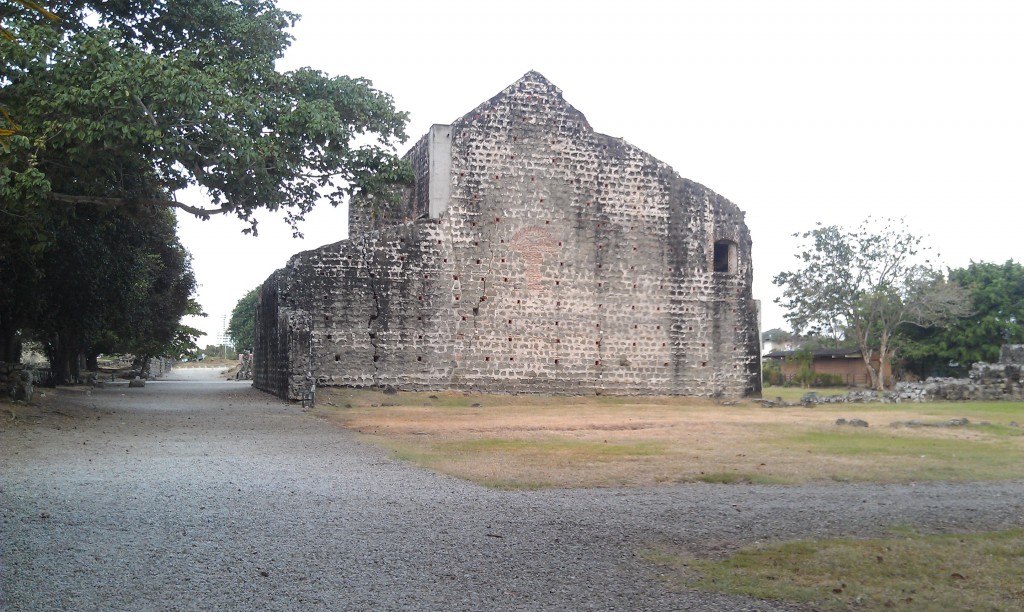 After Panama Viejo was ransacked by Henry Morgan, the city dwellers who were left alive decided it best to move the city south to a more easily protected site.  The city shrank in size and was packed into a little peninsula south of the current downtown and named Casco Viejo which literally means “old helmet” (Someone correct me if I’m wrong).

The area is packed full of colonial architecture from different areas and construction began in 1673.  There is a shocking amount of construction going on in the neighborhood as it seems they are trying to gentrify it a bit, well, a lot.  Many of the buildings are just crumbling facades with supports holding them up, but if you look inside, you’ll see steel and modern materials as the buildings exteriors must be preserved, but the insides don’t, aka, modern amenities with old world charm (at some point hopefully).

To continue with my Miami comparisons, you’ll see a lot of art deco architecture randomly peppered in as well, notably a large, stout building right on the main plaza. 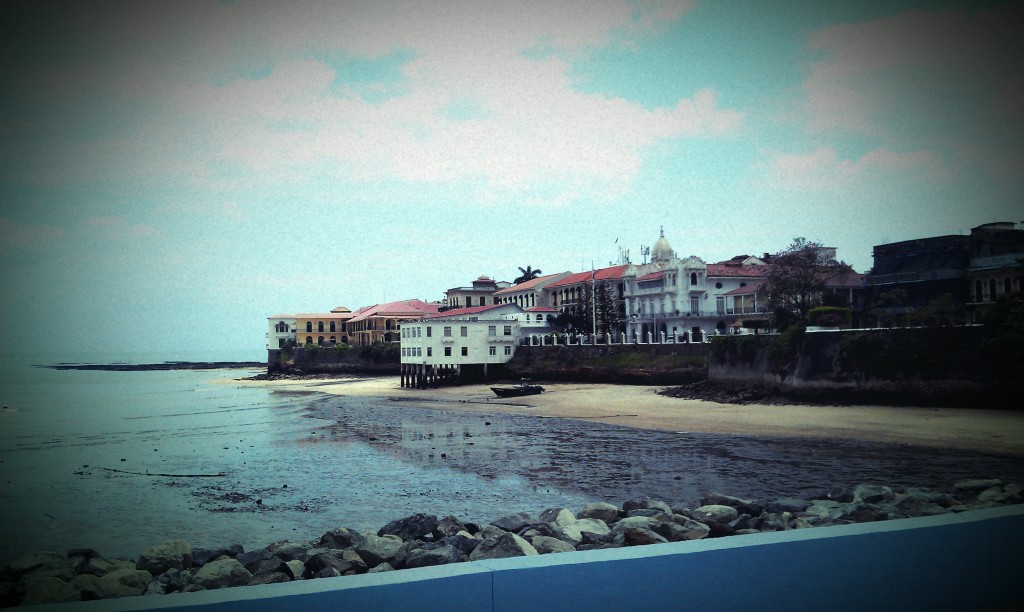 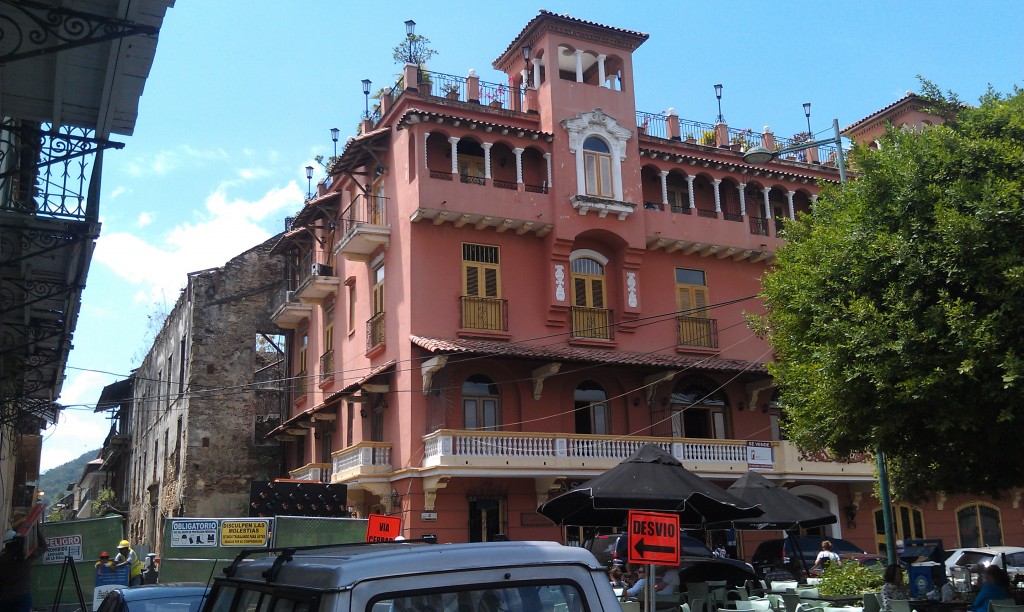 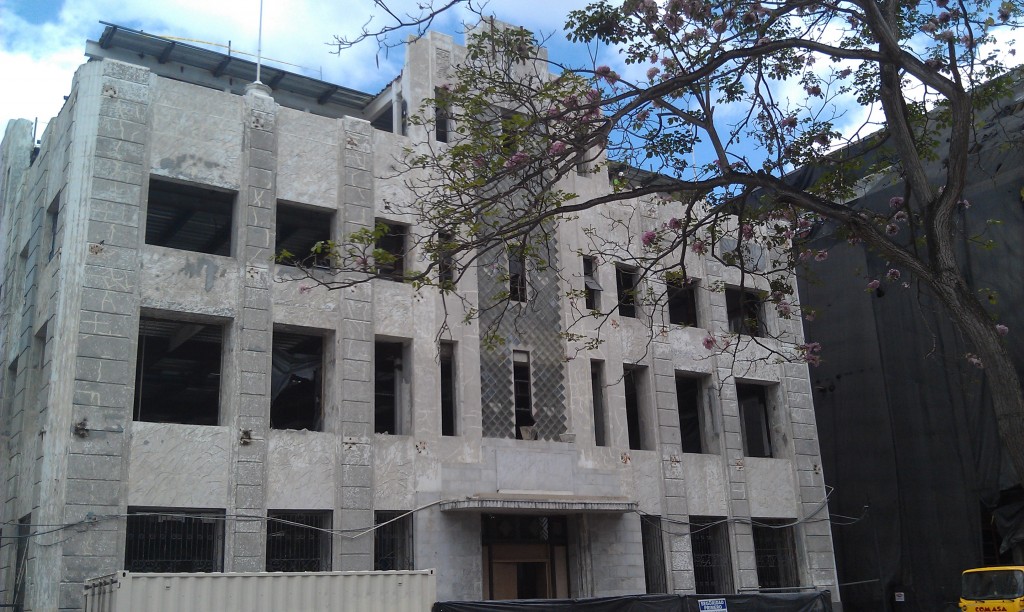 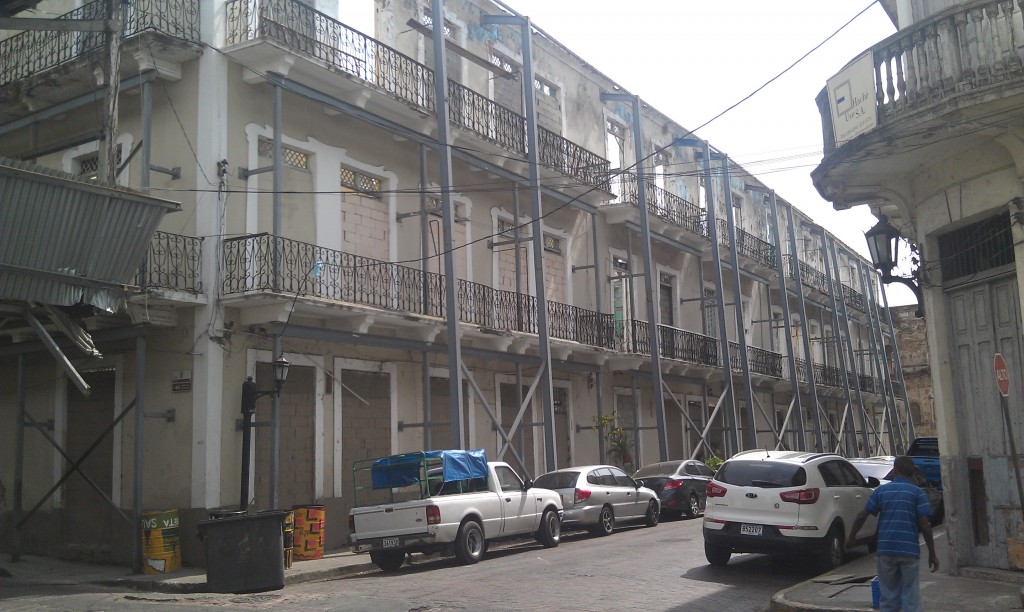 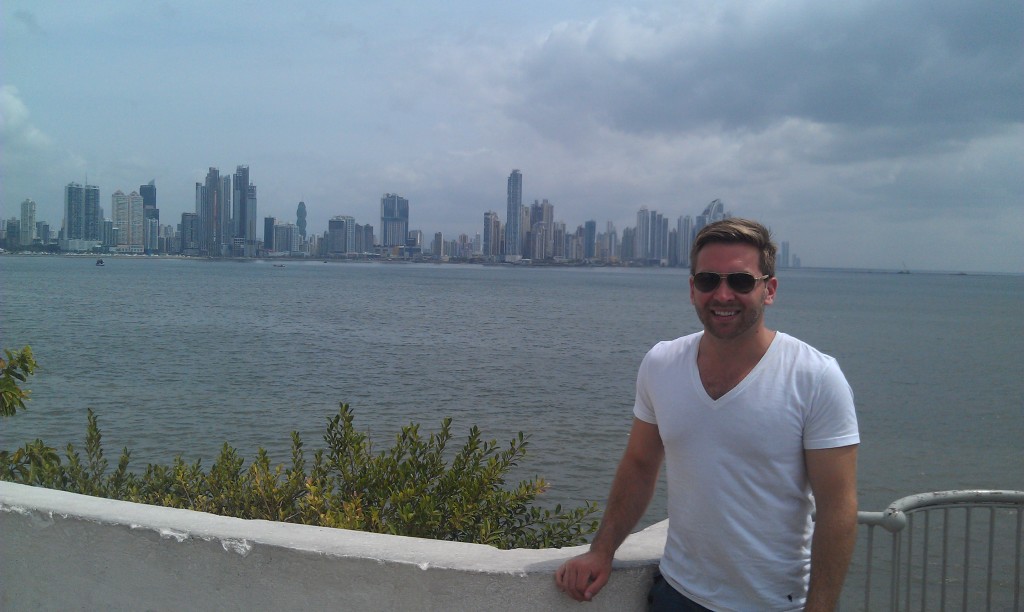 Situated nearby the Casco Viejo is the Cerro Ancon, A small hill that housed many army barracks and homes for US soldiers and support during the building of the Panama Canal and WWII.  A lot of the architecture reminds me of stuff from Hawaii during the same period.  You now have one of the best views of the city top the Cerro Ancon.  Supposedly, there is some pretty good bird watching with  multiple types of eagles, vultures, hawks and other tweeters circling the area. 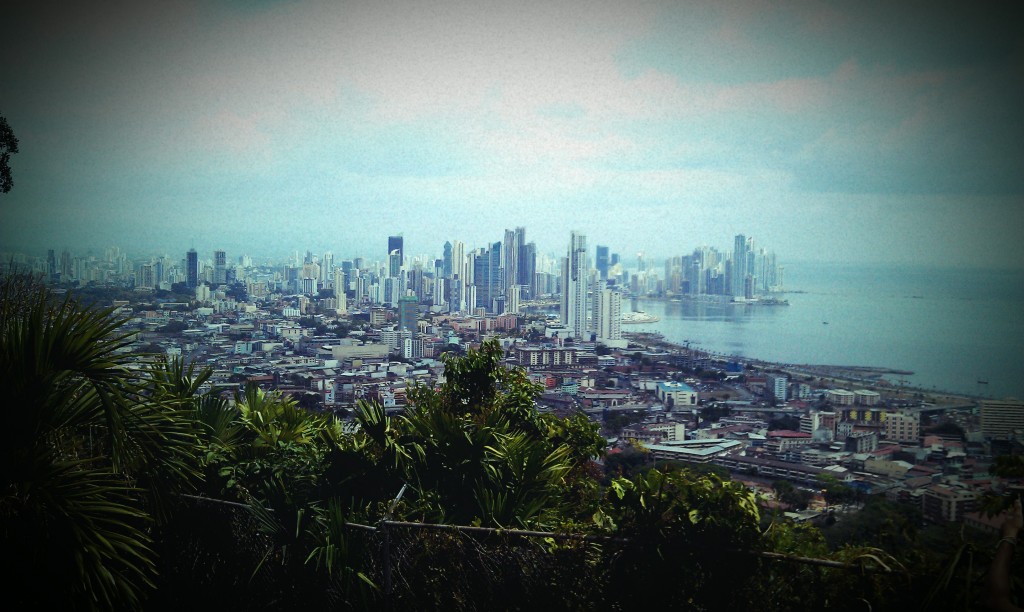 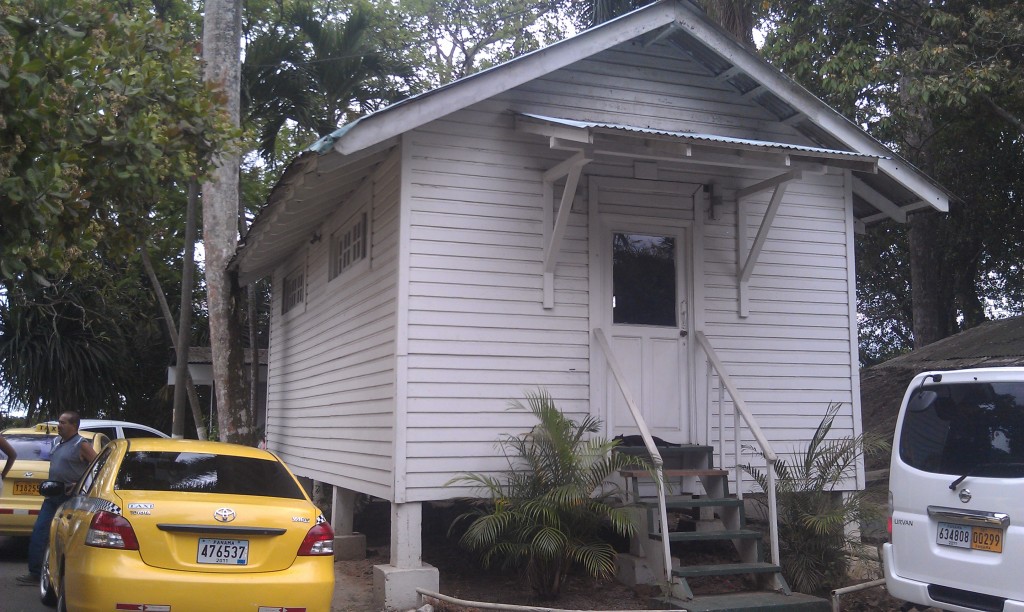 The Panama Canal and Miraflores Locks

One of the coolest stops on my tour was to the Miraflores Locks of the Panama Canal.  You don’t really think about it, but the Panama Canal completely changed the world.  It cut down transit time for ships heading from Asia to Europe and the East coast of the Americas by weeks.

The engineering feat was immense, especially for the time (canal opened in 1914) and took almost 20 years to build.  The canal spans 80 km from the Pacific to the Caribbean.  The Americans were the ones commissioned to finish the canal as the French couldn’t man up and get the job done, America, F Yea!

I went to the Miraflores locks where large tanker ships literally get pulled into by small train like vehicles that ride alongside of the canal.  By the power of Zeus, well, gravity and a little water displacement action, the ships are lifted to a higher elevation so they can continue down the canal.  In total, there are 3 locks on the canal and ships are lifted 85 feet in total!  Pretty amazing.

I was also treated to a delicious buffet lunch overlooking the canals where you could pound paella and watch Hanjin container ships float by, all within the span of a few bites.

It wasn’t until December 31st, 1999 (I even had armpit hair by then) that the US handed over control of the canal to Panama. I also heard a cool story that the US used to be in control of the entire area surrounding the canal as well, and If a Panamanian were to give birth in that zone, then their child would be a US citizen. My guide told me stories of people that would rush to the Canal Zone while going into labor to have their child be dubbed an American. 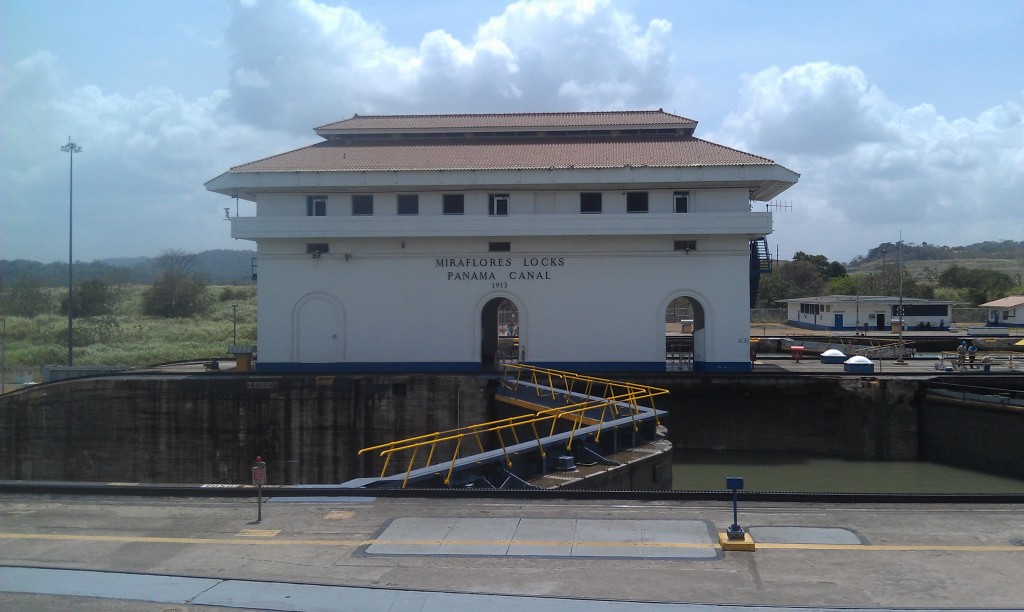 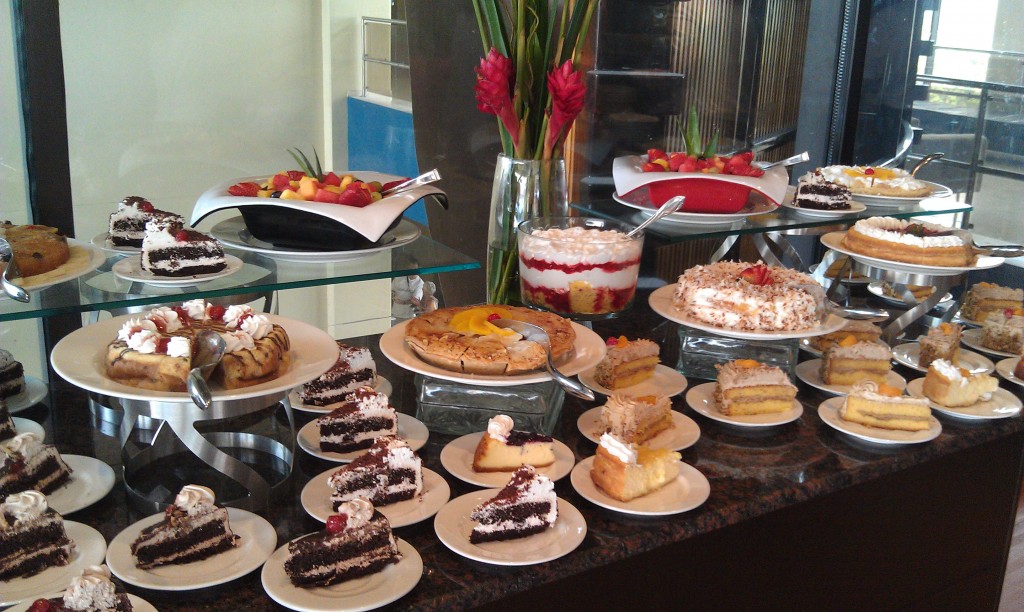 Putting the MacArthur Causeway in Miami to shame, the Amador Causeway in Panama City is a huge causeway that reaches far out into the Pacific ( 3 km) and helps break the waves and ocean currents for the Panama Canal.  It actually connects three islands towards the end as well.  You can rent a bike at the beginning and ride to the end along a well paved path that offers some amazing views of the city skyline.

At the end, there are multiple restaurants (yes, there is even a Bennigans!) and a tax free zone where you can load up on booze and cologne.  If you persuade a Panamanian to drive you there, they will probably ask you to pick up some goods for them under your passport, a fair trade in my opinion. 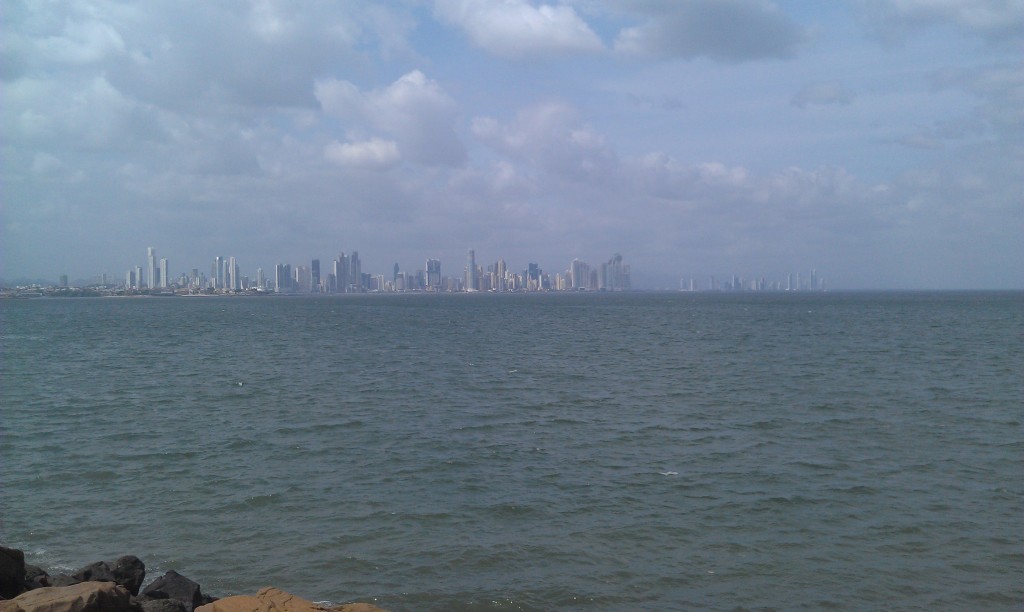 Have you been to Panama City and know of anything else worth checking out?