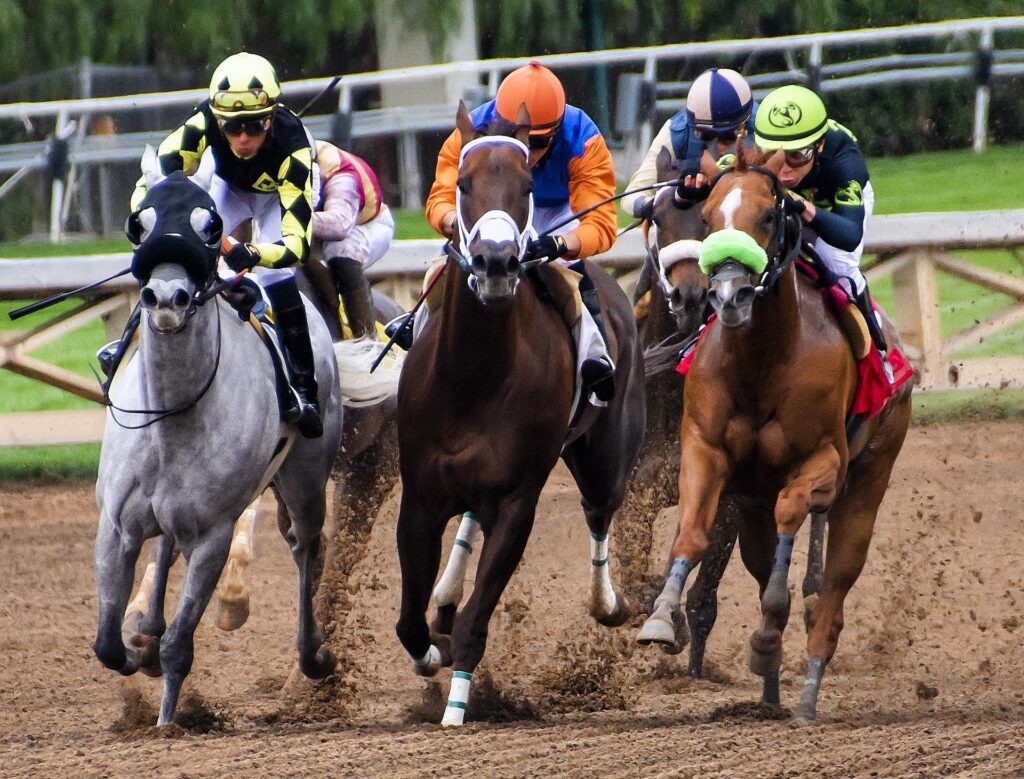 Horse racing has a long history as a popular sport across the world, starting all the way back in ancient civilisations with chariot racing in ancient Greece and Rome.

Many countries have their own traditions and variations of events making horse racing one of the most popular sports in the world.

Horse racing is the second most popular spectator sport in the UK, only beaten by football. Around six million people a year will attend the races in Britain alone and 40% of those spectators will be female.

It is not just the thrill of the race, but the experience of the day that brings people to the races each year. Each venue creates a thrilling spectacle and experience for family and friends to attend.

Though most racecourses don’t have a specific dress code, there are some events which put on special events where people are even awarded prizes for best dressed.

As well as the experience of the event and surroundings, horse racing has a long history with gambling. Horse racing odds are carefully calculated and ever fluctuating odds add variety and excitement to the market. There are a wide range of options for punters who have a greater access to a wide range of information to help in their betting decisions.

Britain is the home to some of the most in-demand races and courses for fans to attend.

Home of the Grand National, Aintree has hosted the world most famous race and has been running since 1839.

Many of the most fascinating and memorable stories of the Grand National revolve around its fearsome obstacles. There are three well-known fences, Becher’s Brook, Canal Turn and Valentine’s which all provide different tests for the jockeys and their horses. The jumps are some of the highest in racing ranging from 4ft 6” to 5ft 2” in height.

As one of the most unpredictable races in the world that draws in around 600 million viewers world-wide each year. The attendance at Aintree for the Grand National is more than 150,000 for the final event. The Thursday event usually attracts around 33,000 people and Friday is Ladies Day which draws around 50,000 people before the final event on Saturday.

The world’s most famous racecourse is the home to a special week of races each June and has historically been attended by the Queen each year. The course was founded in 1711 by Queen Anne and the first official summer race meeting was in 1911.

300,000 people attend the Berkshire course for the week all dressed up in their finest clothes and hats. It is a glorious event for all to attend, though tickets are often hard to come by with its popularity,

The heritage, the fashion and the best horses in attendance make it a must see for all race fans to experience at some point. The completion of each day’s racing is culminated b a bandstand sing-along in the Queen Anne Enclosure. The choir leads the crowd in uplifting tunes from past and present as guests celebrate the end of a fantastic day of racing with a smile on their face.

Cheltenham has a unique festival atmosphere which attracts hundreds and thousands of people every year to its even. It is a highlight in the jumping calendar and renouned for the Cheltenham Roar which marks the start of the first race.

The Gold Cup brings the most exciting horses to the field, and this attracts the supporting public. The atmosphere is often electric around the racecourse and visitors have a wide range of entertainment, music, hospitality, as well as gambling on he races.

The first weekend in June brings fans to the Surrey Hills. The event is open to all, there are facilities on offer as well as the option to bring your own picnic and watch the racing,

As well as the impressive stands to watch from, there is the unique option of watching from three areas on top of a double decker bus.

Being based in the hills, there is also the option to just watch from anywhere. There are walks through the centre of the course open to all should you wish to just see some of the racing.

Formerly known as the Hennessy Gold Cup, it is the richest chase handicap outside of the Grand Nationals. It is based in Newbury in late November/early December each year with high class performers taking the prize fund which is often around £250,000.

These races see the biggest attendances and huge amounts of money is bet on the events every year. Horse racing’s association with gambling brings it the big totals of prize funds for jockeys and the atmosphere at each is something to experience at least once.