The vestiges of the last Ice Age loom large in the dramatic and enchanting scenery to be found in Austria. The wide valleys – hewn by the immense force of creaking glaciers of yesteryear – bring a shapely contrast to the rugged mountains to be found in many areas of this topographically diverse nation, and the pristine lakes bring a satisfying aesthetic to many a panorama. Forget the usual clichés about lederhosen and the hills being alive with the sounds of music et cetera, and read on to find out why exploring Austria on your own two feet could be the most exhilarating, life-affirming holiday you ever have. 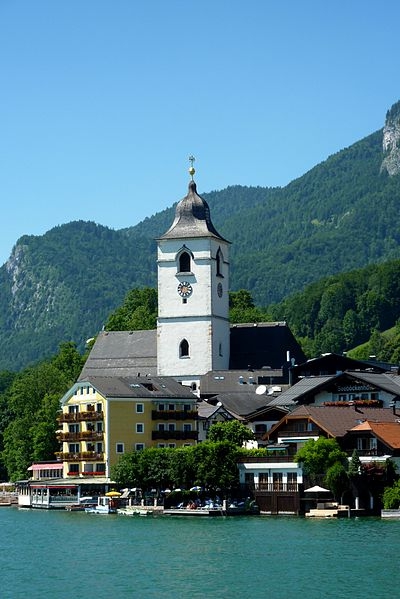 During the winter months, Austria becomes a haven for skiers, snowboarders and other fans of the white stuff. But it is between the months of May to September that the true, lush beauty of the country really comes to the fore. One of the most fantastic areas to explore on foot is Salzkammergut, known as Austria’s Lake District. The outstanding natural beauty of the area is hard to appreciate without actually going there, as mountains tower over perfectly still lake, their images mirrored beautifully.

If you are interested in finding out more about walking holidays in Austria, www.headwater.com has some excellent options, not least their independent walking holidays which bring the best of both worlds: visiting the most amazing places in a region but setting off and stopping off as and when you choose and without having to do any of the planning (or carrying of heavy luggage!).

The small towns of the Austrian Lake District, villages and hamlets that are dotted round the many lakes of the region are full of character and devoid of the stresses and strains of urban life. With quaint hotels and guesthouses and restaurants serving sumptuous fare aplenty, there are numerous fine places at which to break up your walking adventure, either overnight or for a bite to eat. The lakeside village of Strobl is a great place from which to explore the region, with a cog railway giving access to the top of the mighty limestone peak of Schafberg from where there are numerous walking routes that overlook the expansive lake of Wolfgangsee.

Another fine lakeside village that is certainly worth checking out is the former lace-making centre (back in the 1700s) of St Gilgen. As well as the exceptional historical centre, you can also visit the house where Mozart’s mother was born (well, why wouldn’t you?) or perhaps take a boat trip on the lake named after the great composer. If you take an iPod and listen to some of his great works as you bob gently in this sublime setting you will do well not to be moved to tears, such will be the serenity you will feel. Although that Justin Bieber chap might have the same effect, for different reasons.

Heading westward towards the Tyrol region and the Leutasch Valley offers another great place to indulge yourself when it comes to walking. Easily accessible from Innsbruck, there are numerous inviting villages from which to launch your daily escapades, such as Kirchplaztl which is just a 40-minute drive from the city, but a world away in terms of the pace of life. The valley presents memorable views at every turn, from the lush Tyrolean Alpine meadows to the stark spectacle of the Leutaschklamm Gorge. You can follow in the footsteps of Napoleon by trekking up the Frenchman’s Climb, the route he took when leading an invasion force into the Tyrol in 1805, and the views at the top are certainly worth the effort of the climb.

Of course, there is only one way to explore the best Austria has to offer, and that’s on your own two feet. So if you like the sound of the lakes and valleys of this exceptionally beautiful country, consider a walking holiday and go on an adventure into the real Austria.