From the red-backed spider to the red-bellied black snake, Australia is renowned for its creepy crawlies and its exotic species that could most definitely end your life if you stepped in the wrong place. Whether it’s in the bush or in their own backyards, Aussies are accustomed to looking out for slithering reptiles wherever they go.

However, for the lesser traveled Australians and tourists, it can be hard to know what snakes to look out for – or to even know where these reptiles are found Down Under.

Want to brush up on your herpetology (no, not herpes!)? Here are the most dangerous snakes in Australia and where to find them! 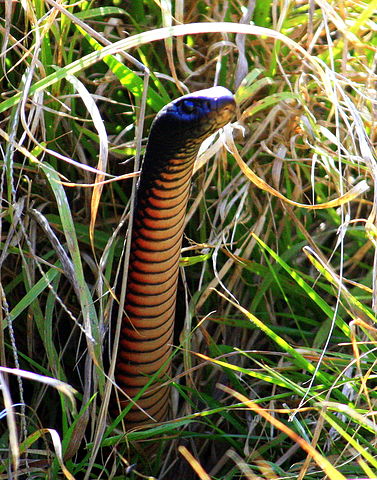 Also known as the common black snake, this is one of the country’s oft-sighted creatures. Found slithering down throughout the east coast and in some parts of South Australia, this snake can grow up to 6ft (2m) long. While its bite is not as venomous as some of the other species and is not that aggressive, their venom can still cause muscle and nerve damage, as well as blood clotting. Thankfully, however, no deaths have been recorded from a bite from the red-bellied snake. 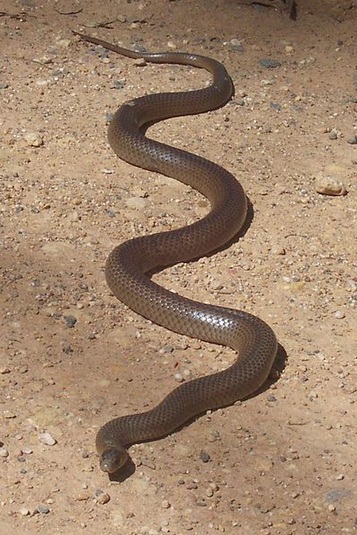 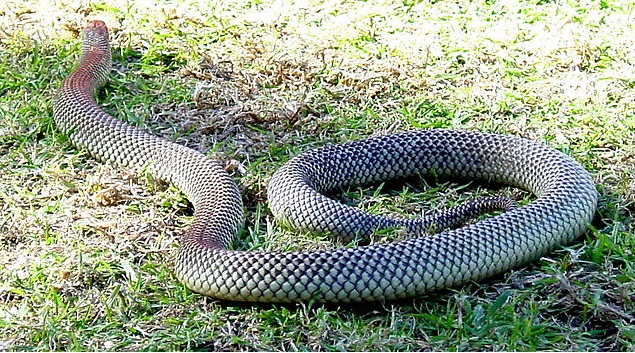 With its peculiar name, it would be natural to dismiss the mulga, but wait – this snake has the heaviest venom of any in Australia and its venom output is the largest-recorded in the world! The mulga delivers around 150mg of venom in one bite, while the average tiger snake only produces between 10-40mg. These aren’t calm snakes either – the mulga has been known to hang on to prey and chew on them while they release venom (what a jerk!). These venomous snakes can be found throughout Australia – except in Victoria, Tasmania, and parts of WA – but are only really agitated when they are disturbed, phew. 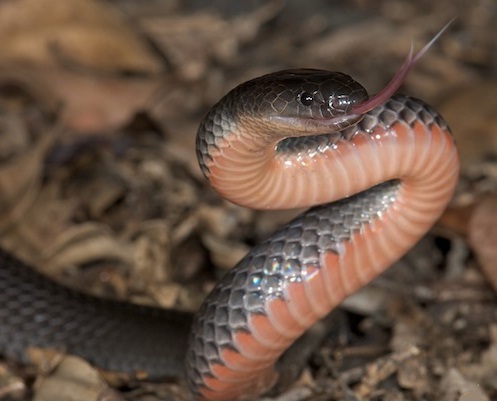 Don’t let its name fool you – while the small-eyed snake is only around 50cm long, its bites are far greater than their size. The small-eyed snake’s venom has a myotoxin that attacks muscle tissue for days after an attack (and this includes the heart muscle). These snakes are found across Australia’s east coast, but thankfully only come out at night.

Regardless of whether you’re a local or a tourist, it’s important to remember how to handle a snake bite.

When you are bitten, try to catch a glimpse of any defining features on the snake – identifying the snake can cut down treatment time. Do not wash the area of the bite, bandage the area, and call the ambulance by dialing “0-0-0” or visit the hospital as soon as possible.

Of course, when you’re travelling (especially to places like Australia), it’s a good idea to secure some travel insurance – Australia is filled with dangerous snakes (and other creatures that go bump in the nigh) and treating a bite can be costly. Above all, however, don’t panic – snakes won’t generally attack you unless you disturb them, and they are definitely more scared of you than you are of them.

*You should always read the Product Disclosure Statement (PDS) of all travel insurance providers to check if they cover everything you need (like snake bites). Also make sure to see that the sports and adventure activities you wish to partake in during your travels is also automatically covered or not as well.

Author bio: Lisa Stacey is a travel writer who had her first snake encounter  in Australia last year. It was scary, but not as terrifying as her skydiving experience early this year.