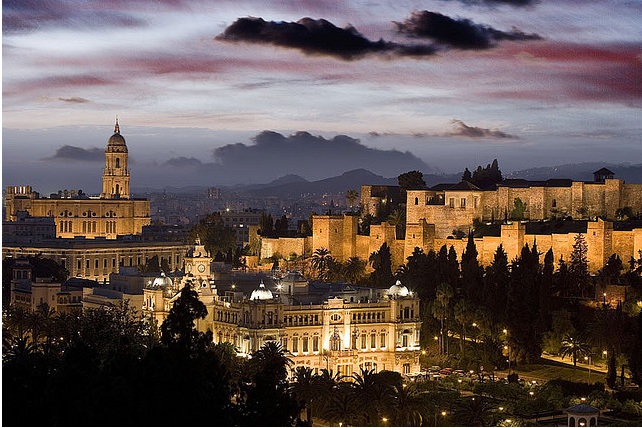 Spain is one of my favorite countries.  Yes, it’s where my precious latinas’ families originated from, but it also hold a special place in my heart for the history, the people, the cuisine, the landscapes and just because.  I spent 6 months in Barcelona while in college and had the privilege of traveling around a good amount and experiencing much of what the country has to offer.

Spain sports many different regions with distinct cultures, langauages foods and scenery, which makes any weekend trip in any direction from where you fly into worth while.

One of the nicest places to visit is to the Costa del Sol in the south, especially if you can find cheap flights to Malaga which is usually possible on the discount European airlines.  The weather is nice all year round, but can get pretty hot during the summer, so best to visit in “spring” or “fall”.

Not only does Malaga offer some amazing architecture, museums, food and nightlife, you got da beach right there too!

What fascinates me about Malaga is the Muslim influence there.  Some people don’t know, but, Spain was once run by Muslims from North Africa all the way up to France for hundreds and hundreds of years!

There are many famous Islamic buildings all throughout Spain notably the Alhambra in Granada and the Mezquita in Cordoba, but Malaga also showcases it’s own Muslim fortress known as the Alcazaba (means citadel in Arabic) which still stands proud today as seen above in the night shot.

Ever been to Malaga, what did you think?