The top places to visit in Belgium are among the most interesting places to visit in Europe. There are three dominant European cultures that compose this nation – namely French, Dutch and Germanic. Belgium was one of the chief regions of the Kingdom of Burgundy, a powerful independent kingdom in Southern France. On the other hand, it was also home to an ancient group of Dutch people called the Flemish, whose art and expertise in commerce were very well known in medieval times. Germans penetrated this unique land later around the 16th Century bringing the teachings of Martin Luther, the father of the Protestant Movement. In the contemporary times Belgium is known for having the best chocolate brand and quality in the world. Belgium is a culturally rich country with plenty to see and do, so read on to hear the best places to visit in Belgium! 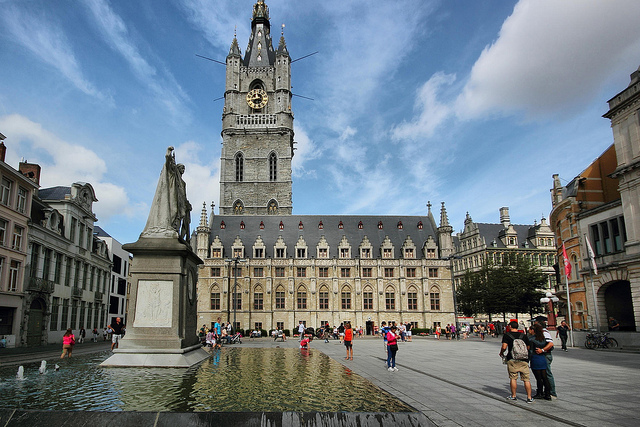 Both locals and frequenting foreigners know that Antwerp is also called “the Capital of Cool”. Travelers who are aiming to experience the best nightlife in the country must stay in Antwerp due to its abundant quantity of bars and restaurants. As far as having a good time is concerned, Antwerp is the best of the best places to visit in Belgium. It is also interesting to note that this city is the biggest diamond center in the world where global diamond market thrives.

Brussels is the capital city of the country and is best known for being the crossroad of many European countries – making it the most metropolitan area in the nation. Tourists can adjust here very much due to the fact that this city has the biggest multinational citizenship in its local demographics. Two of the most interesting landmarks in this city are the Grand Palace and its picturesque medieval square and guild houses, and within the plaza itself the famous Mannekin Pis – a statue of a boy taking a leak. It is also in Brussels where one can buy an extensive variety of the world-famous Belgian chocolates.

Bruges is a charming medieval city very close to the North Sea. It is known for its extensive network of canals, pleasant cityscapes, cobblestone streets and charming squares. Bruges is also accessible by cruises that stop at Zeebrugge which means, Bruges-on-the-sea.

If Antwerp is the best city to have fun, the no doubt Ghent is a city that exudes a perfect contradiction to the lively aura of the former. This city is the best of the top tourist attractions in Belgium for a general variety of travelers whose idea of quality time entails relaxation. Ghent is home to a plentiful amount of 24 hour cafes and cultural mentally-stimulating entertainment centers such as the theatre. One of the interesting aspects about Ghent is its virtual absence of traffic, with most of the inner infrastructures closed to cars. Like Venice, one can enjoy a romantic boat cruising via its elegant canals.

With its namesake coined on baths and hot springs this city is the mecca for excellent hygiene, ever since the 14th Century. This city obviously has a staggering amount of health resorts that both locals and tourists can very much enjoy. It is interesting to know that this city is also home to Spa Francorchamps Circuit, where the annual Grand Prix is held every end of August.

City of the Week Series - Brussels!
The Best Attractions in Singapore
2 Days in Brussels - The Capital of Europe!