The fact that Egypt is home to ancient architectural wonders is hardly a secret – but I think it’s pretty fair to say that it’s the pyramids at Giza, on the outskirts of Cairo, that most commonly spring to mind. Whether you’ve visited these before or simply want to explore in a different direction, Luxor is definitely a destination worth considering.

As an added bonus, this city on the Nile is really well set up for Egypt holidays, since it’s home to some seriously luxurious hotels, not to mention offering a host of great options for discovering ancient wonders. Some of the most mind-blowing places to visit are listed below – hopefully, reading these will help kick start your itinerary planning. 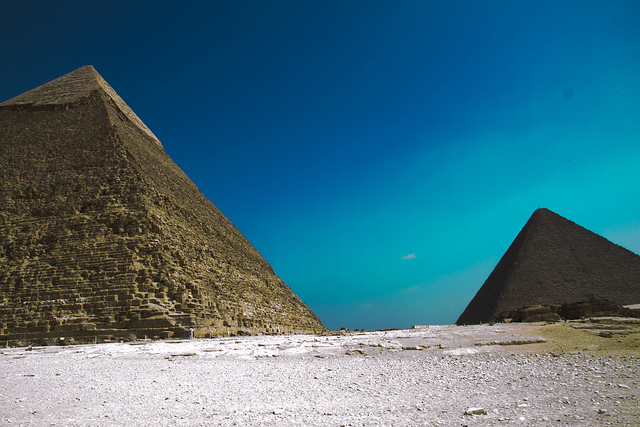 For me, the Temple of Karnak is the shining star of Luxor’s archaeological attractions – even if it does have to battle with places like the Valley of the Kings for visitors. While its name suggests it’s a solo temple, Karnak is in fact an absolutely massive complex of buildings that is, frankly, awe-inspiring to explore.

Dating back some 2,000 years, the site was known to the ancient Egyptians as Ipet-isut. It covers a whopping 200 acres, and the temple at its heart is so vast that it could hold some of Europe’s biggest cathedrals – including Notre Dame – several times over. This building is the Temple of Amun-Ra, and it’s home to the largest room of any religious building in the world today, Hypostyle Hall, which is famous for its spectacular columns.

The Valley of the Kings

I’m pretty certain you’ll have heard of my next suggestion, the Valley of the Kings. This amazing place acted as a burial site for Egypt’s rulers for a period of roughly 500 years, housing more than 60 tombs.

Before you even reach one of these tombs, though, the look of the Valley of the Kings is bound to strike you. For instance, it’s overlooked by the mountain of Al-Qurn – which, incidentally, is shaped much like a pyramid – while it’s surrounded by extremely steep cliffs. And, for those of you who like your historical facts, said cliffs were actually part of the reason this site was chosen, since they made it easier to defend.

Getting back to what you can see while you’re there, you can indeed explore many of the tombs, with famous pharaohs buried at the site including Tutankhamen and Rameses II. But, you ought to bear in mind that how much you end up paying will depend on which tombs you go into, since they charge different prices.

Over in the modern town of Luxor you’ll find Luxor Temple, which was constructed under the pharaoh Amenhotep III and subsequently added to by Ramses II. For me, there are two particularly appealing qualities about this temple, the first being that it looks especially elegant.

The second is that you can get quite different experiences of it depending on the time of day you visit. First thing in the morning, for instance, is a good moment to pick if you want to explore without having to navigate your way through a sea of other tourists, while sunset is pretty amazing from a scenery point of view, since the stones seem to take on a kind of warm glow.

It’s also well worth visiting at night, because then the temple is skillfully lit up. In fact, it looks so striking and so different to during the day that I suggest you make a concerted effort to explore twice – once under the sun and once in moonlight.

These are just a few of the awesome architectural wonders of Egypt, you’ll just have to visit this mystical country to see the rest!