While we often think about Hollywood stars losing weight for their movie roles, there are some who actually put on weight to play their characters. The following examples are some of the most dramatic weight gains actors put on for their roles. 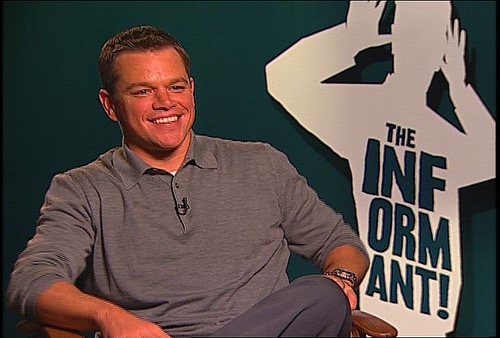 When Matt Damon started to prepare for his role as a whistleblower in a price-fixing conspiracy in “The Informant!,” he had to gain 30 pounds. He admitted it was the most fun he had preparing for a role. He stopped going to the gym to work out and ate anything he wanted. To pack on the pounds, he started drinking dark beer and eating McDonald’s and Doritos between meals on set. However, as soon as filming was complete, he focused on dropping the weight to get ready for his next role.

George Clooney gained 35 pounds to play a CIA operative in the movie “Syriana.” He won a Golden Globe and the Academy Award for Best Actor in a Supporting Role for his performance. Clooney said his only job for a month was to eat as much as could, as fast as he could. He also admits that he had to eat to the point where he felt like he would get sick, but then not actually get sick.

Although Charlize Theron is known for gaining 30 pounds to play serial killer Aileen Wuornos in “Monster,” she also had to gain 35 pounds for her role as a mom with three kids in “Tully.” Theron said her foods of choice to pack on the pounds were bread and pasta. However, she also admits that the older she gets, the harder it feels, health-wise, to gain the weight.

Rob McElhenney, who plays Mac on the comedy series “It’s Always Sunny in Philadelphia,” had to gain 52 pounds for his role. He says his weight gain consisted of eating five 1,000-calorie meals every day. He started out by making sure each meal consisted of three chicken breasts, two cups of vegetables, and two cups of rice, which is the healthy way that LifeSum recommends gaining weight. However, he then admits that his weight gain was too slow, and he wanted to speed it up by consuming doughnuts and McDonald’s food.

While Russell Crowe was known for his muscular physique in “Gladiator,” he packed on 63 pounds to play the role of a CIA agent in the film “Body of Lies.” To gain the weight, Crowe stopped working out and would eat burgers for breakfast. He also admits that the weight wasn’t nearly as easy to lose as it was to put on. He said it took him just over a year to get back down to the weight he was at before he started the movie.

Although many of these stars turned to fast food and fatty selections to pack on the pounds for their movie roles, there are healthier ways to gain weight if you need to.