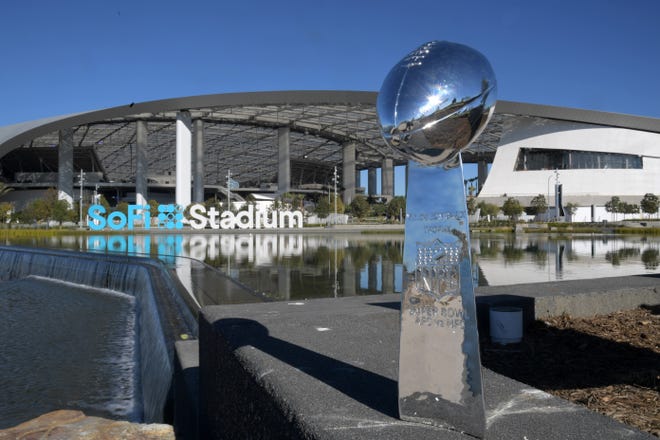 Super Bowl LVI will take place on February 13, 2022, in the SoFI Stadium in California. So far we had already two major upsets, as two of the favorite teams were left behind.

The holders Tampa Bay Buccaneers and the Green Bay Packers who had a tremendous regular season were left behind in the playoffs and won’t challenge for the Super Bowl. You can read about other outstanding upsets in Super Bowl history here: edge.twinspires.com/nfl/the-greatest-upsets-in-super-bowl-history/

Anyway, if you are travelling to California to watch the game find out all of the information you need to know. Understand the stadium where this season-ending game will happen.

The setting for the Super Bowl 2022 is SoFi Stadium in Inglewood, California. This event will mark the eighth time that the Super Bowl is played in Greater Los Angeles, although it hasn’t been played in this area since 1993.

It’s the first time that the biggest game of the NFL season is played in Inglewood. There had been fears that the game may have to move to another part of the country due to Covid concerns, but Inglewood was confirmed as the definite venue early in 2022.

More About the Stadium

The SoFi Stadium sits on the site where the Hollywood Park Racetrack used to be located, meaning that it’s just three miles from Los Angeles International airport and next to The Forum arena. This is a new stadium that was only opened in September 2020.

SoFi Stadium is an important part of the Hollywood Park neighborhood, which includes the Hollywood Park Casino. As well as the actual stadium, the complex includes features such as a pedestrian plaza, a 6,000 performance venue called the YouTube Theater, and a huge, lit canopy. In terms of seating, up to 70,240 spectators can be accommodated for more events. However, this total can be expanded by 30,000 seats for bigger occasions.

One potential issue here is that of lightning delays, due to the open-sided nature of the stadium. This was seen in October last year, when lightning delayed the start of a game between the Chargers and the Raiders for 35 minutes.  The Chargers eventually won 28-14 and coach Jon Gruden stated that the delay didn’t play any part in the outcome.

Another notable part of the complex is the huge 4K HDR Infinity Screen video board by Samsung. It is hung from the roof, over the field, and weighs a mammoth 2.2 million pounds. With 80 million pixels, it’s a unique video screen that should help to add to the excitement of the Super Bowl this year.

It’s worth noting that this may be the most expensive sports venue ever built anywhere on the planet. Some sources suggest that it cost over $5 billion to build.

What Other Events Are Held Here?

The stadium is used by two different NFL teams, the Los Angeles Chargers and the Los Angeles Rams. This is one of the few stadium-sharing agreements in the NFL and so far it seems to be working well.

The Chargers have moved around over the years and played in the Dignity Health Sports Park while the new stadium was being built. Their average attendances rocketed following the move to their new home. Meanwhile, the Rams played at the Los Angeles Memorial Coliseum for four seasons while they waited for the new stadium to be ready.

It’s also the venue for the area’s big annual college football event, the LA Bowl, which was played on December 18 2021. After Super Bowl LVI is played here in 2022, the College Football Playoff National Championship is scheduled for January 2023.

We’ll also see the stadium used for WrestleMania 39 in April next year. Following that, the 2028 Summer Olympics will include the opening and closing ceremonies here. There is also a chance that the 2026 FIFA soccer World Cup will have games played in the SoFi stadium, with a decision to be made on the final venues in 2022.

Preparing for and walking the Camino de Santiago in Spain: a guide
Choosing Your Ideal Dirt Bike: A Detailed Guide
3 Effective Tips for Beginners to Start Catching Fish Today