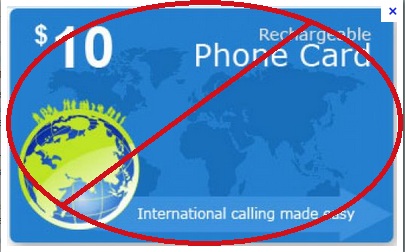 When traveling, some like to say goodbye to communication with the outside world and get back in touch with the human element, while others (like myself and fellow flashpackers) unfortunately can’t disconnect completely for fear of withdrawal and an empty bank account.

I have in recent months been wondering what it might feel like leaving my laptop at home on the next trip, not purchasing a cell phone abroad and just relying on peoples’ word on meeting up (kind of like they did in Saved by the Bell when they met at The Max ((minus Zach Morris who sported the first cell phone in history))).

When I studied abroad, keeping in touch was actually more of a pain in the ass than it was worth due to weird foreign phones and making international calls with faulty calling cards, non-ubiquitous Wi-Fi and slow broadband access.  Skype video conversations  were so choppy at 5 frames per minute, they better resembled someone with cerebral palsy trying to do a flip book.

Here are a few ways to keep in contact while traveling easily and without stress:

Within the past couple years, social media has completely taken over how people communicate (cliché sounding as hell, but it’s the truth).  Before, you had to physically make an effort to go to a place with a phone to call abroad, pay for  international calling cards and then deal with trying to figure out how to make it work.  With websites like Facebook and Twitter, you can just comment on people’s posts, leave them a quick message on their wall, etc. without sending an involved message.  I never send long-winded emails anymore, because as much as I don’t want to write them, people these days don’t want to read them (depressing?).

Sometimes I feel like peoples’ writing skills are greatly depreciating as we choose convenience  over correct grammar and rapid communication via social media. Hell, I even make up my own punctuation now (see the double parenthesis above).  Have you ever seen one of those letters from a soldier to his hopeful “girlfriend” during the civil war in history class?  Not only was the shit written in perfect caligraphy, but it was like reading pure poetry that made me even swoon.

Nowadays, people have regressed to using “lol” and “wtf” instead of writing out full words, and if god forbid your potential doesn’t respond in 30 minutes, you start to think maybe they’re, “not interested”.  People back in the day waited months for a response!

in 2012, everyone has a smart phone, which for all intensive purposes, is actually a mini computer that enables you to send full blown emails, take and edit high quality photos and communicate with people all over the world for free.

Some apps that are great for messaging people in real time are Rebtel, Skype, Whatsapp and the BBM (Black Berry Messenger) program on, you guessed it… The Blackberry!

The messaging apps don’t require much beyond an internet connection (unless you have an unlocked phone and can put a new sim card in there), but the Rebtel and Skype app require a decent bandwidth to handle voice and video.

In conclusion, I keep in contact while traveling much more than I used to because, it’s that much easier!  Maybe I’ll rough it sooner than later and just go technology commando and bring nothing more than my bag, sunglasses and an open mind…ehh maybe not.

Got any other tips for keeping in touch while on the open road?

Stuck with a Timeshare? Rent that Bad Boy!
Five Tips For Preparing for a Backpacking Trip
Check Out My New Travel Website! TopSpotTravel.com