I woke up today like any other –  lurched out of bed, relieved myself, started the coffee pot and then sat on my couch to wait for my eyes to open.

Well, figuring I probably wanted to have another male counterpart to witness how fucking manly and American I am while plugging a paper target, so I invited my friend Matt, another fledgling man who needed to check off “shoot a gun” on his bucket list as well.

I looked on Google, found a gun range in Pembroke Pines and was pulling up an hour later.  We followed our directions, and of course it’s located in some sketchy ass industrial area that looked like a scene out of Terminator. 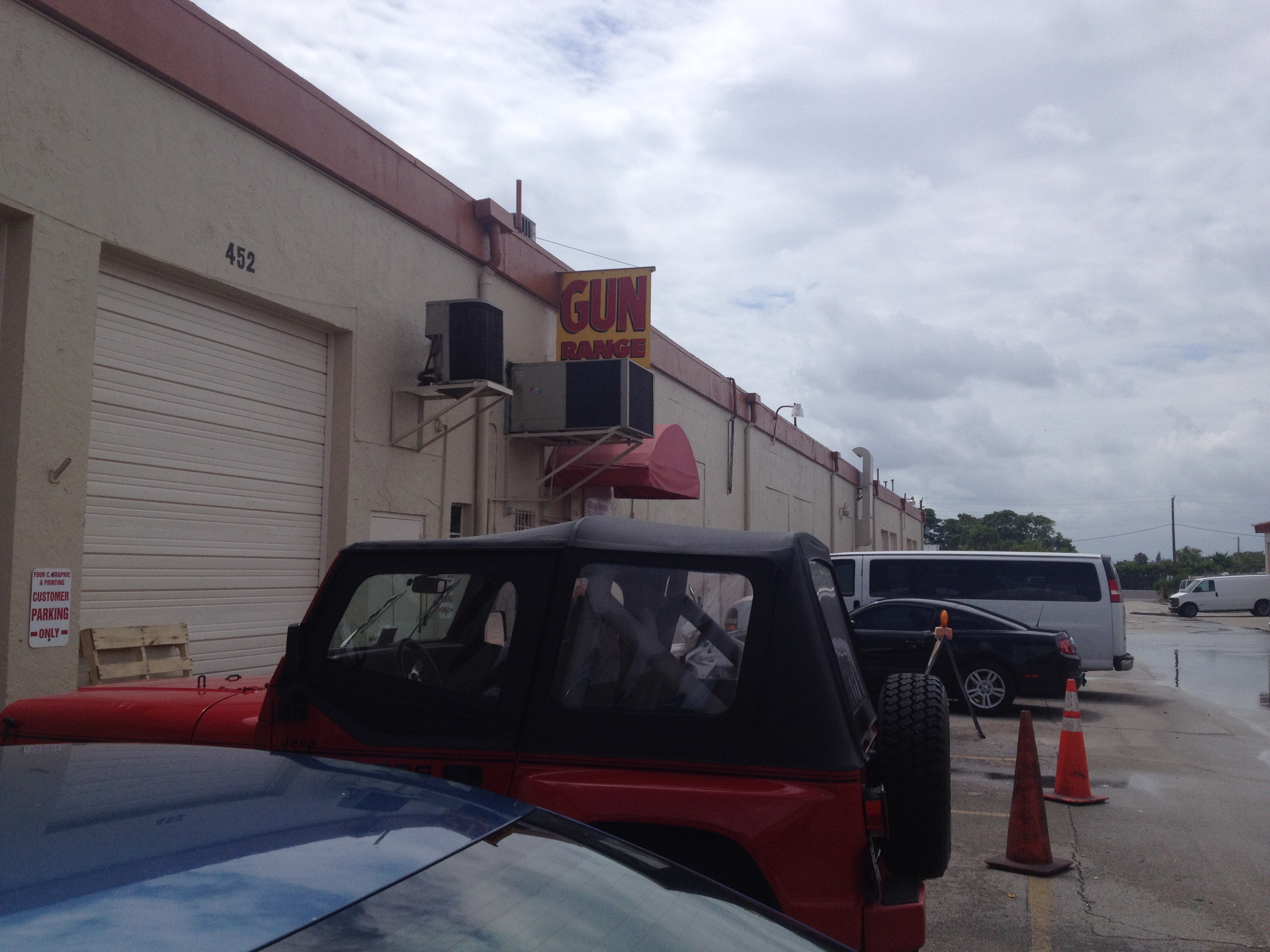 We walked in and told the guy behind the counter we were there to shoot guns to which he asked, “which one?”  There was a wall behind him with everything from ridiculous Israeli assault rifles and fully automatic Uzis to snub nosed British pea shooters and silenced pistols right out of Goldeneye.

We informed the rather homely, inbred looking fellow that we both have in fact never fired a gun.  He said, “Really?” and then proceeded to hand us both a couple of 9 MM’s.  He gave us about 8 seconds of instruction and then sent us into the range to kill ourselves. 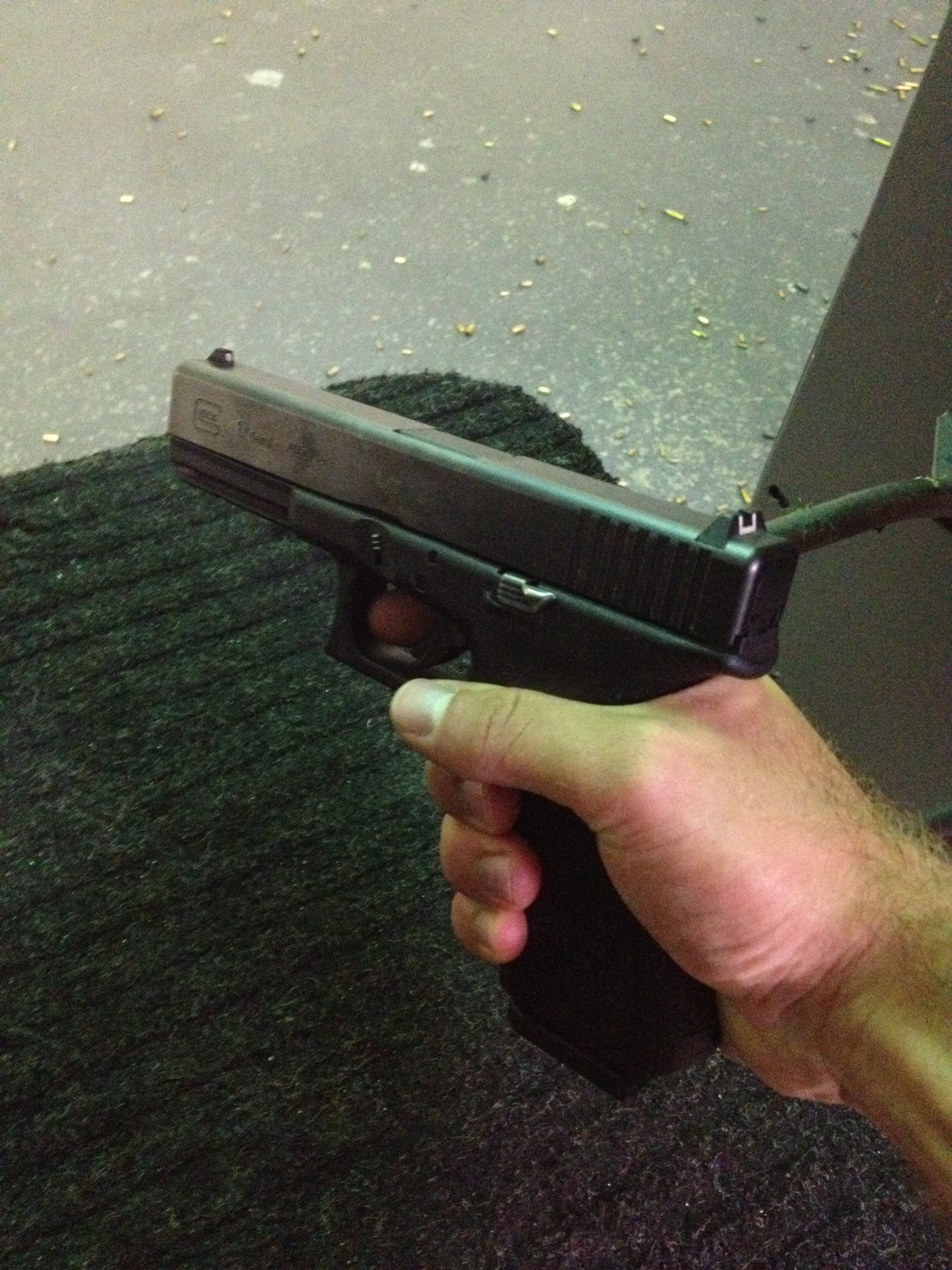 You’re not an American until you fire a gun

The shooting floor is a ridiculous place – empty shells everywhere, loud as shit and full of everyone from Latin businessmen to ghetto girls firing off everything you can imagine.

Matt and I landed a lane next to the Latin drug lord sporting his own custom silver handgun that litteraly sounded like a canon and made you feel like you were getting shot in the chest just by standing next to him as he squeezed it off.

I was the first to get trigger happy, so I loaded my magazine, attached my target of a “bad man”, sent it out on the wire, and gripped the gun handle as I hesitantly pulled the trigger. BANG! the shit literally almost flew out of my hands as I felt my penis grow 4 more inches.  I turned and look back at Matt with a smirk that said “Fuck yea, you seeing this?”  I finished off my clip and hit the toggle switch to bring back my target.  I wasn’t too disappointed with myself.   I managed to hit the guy in the dick more times than the chest which I was aiming for, as well as one shot right down the barrel of his gun, but hey, he would have been dead regardless after 14 rounds anyways. I must say that after this experience it might be time to get me a permit and CCW insurance so I can always pack heat! 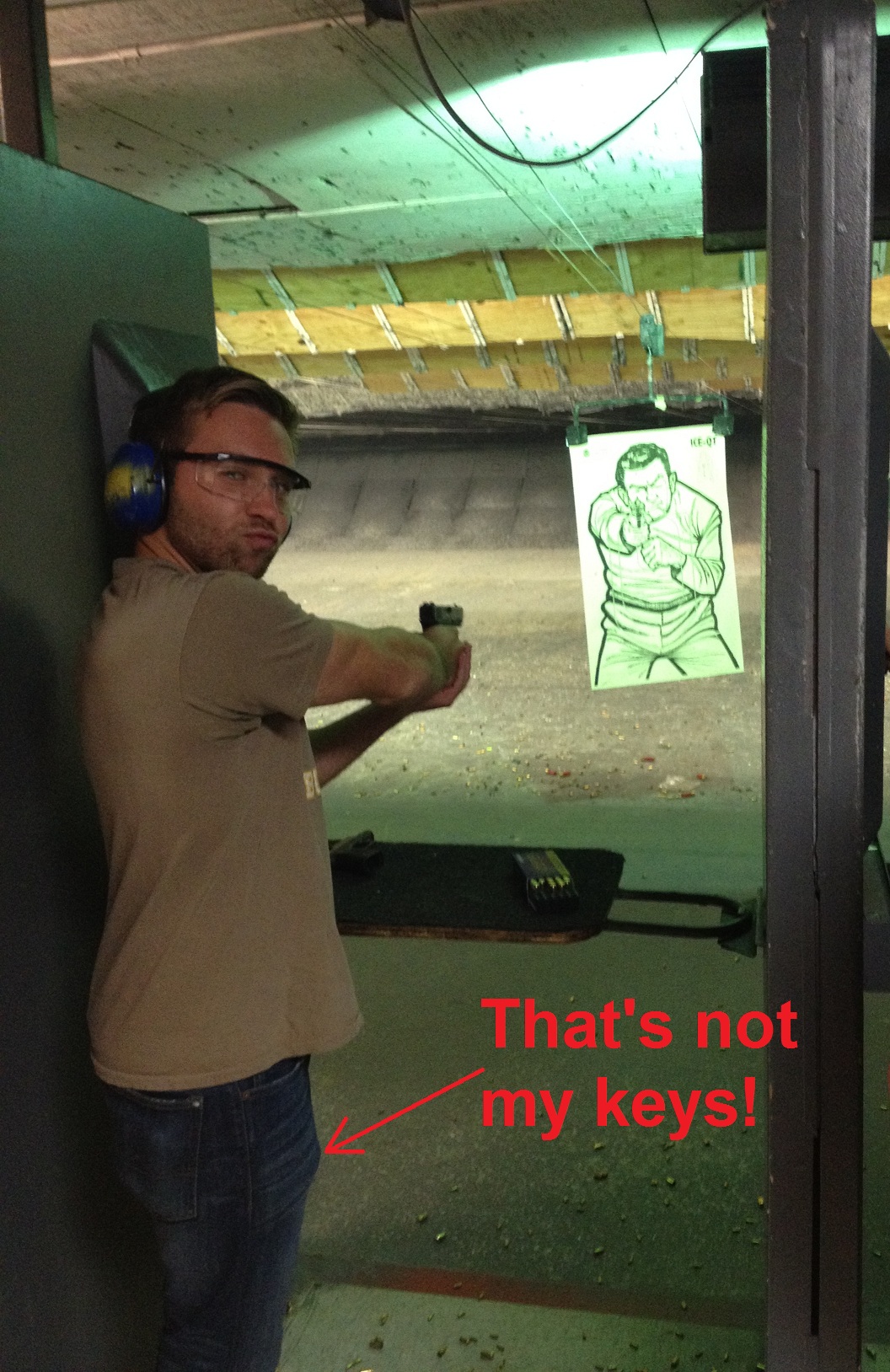 Matt and I alternated a few more times until we were finally out of bullets, in which we headed back into the store, returned our peace makers, paid the $56 we owed, and strutted back outside.  I then looked over at Matt and said, “Panera?”

Time Capsule
Why Should You Consider San Diego for a Vacation?
Video of the Week: Every Boy Band Has to start somewhere